Around The Country: Updates From Four Counties -August 31, 2020 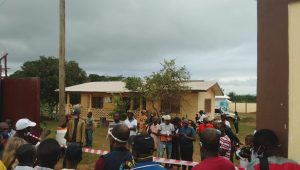 The renovation of the election office is part of the the UNDP Liberia Elections Basket Fund project which started in 2015 | Photo By: Henry Gboluma, Jr.

The National Elections Commission (NEC) and its partners, on August 26, turned over a refurbished elections facility in Bopolu City.

According to NEC, US$106,000 was used to upgrade the election magisterial office including the construction of a generator house, a warehouse, and a concrete fence. The completion comes ahead of the December 8 Special Senatorial elections.

It is part of the last batch of activities under the UNDP Liberia Elections Basket Fund project which started in 2015.

James P. Moniba, UNDP Liberia Governance and Public Institutions Team Lead, said “with this value-added facility – the fence in particular, will serve as security that will boost the performance of NEC staff in this county”.

“It is yours. So, you now have the responsibility to protect this area. It is part of strengthening the infrastructure and governance system in Liberia,” he added.

Boakai A. Dukuly, NEC Gbarpolu County’s Oversight Commissioner, thanks UNDP for the support and called on residents to take ownership of the electoral activities in the county. 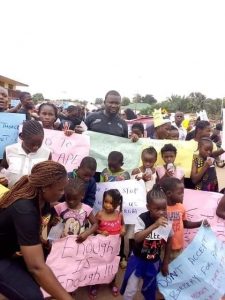 The Bong Youth Coalition against Sexual and Gender Based Violence and the Bong Concerned Youth Movement have petitioned the County Legislature Caucus and the county administration, asking for rape to be declared a national emergency by the President.

Reading the petition on behalf of the groups, Emmanuel Ballah called on officials of the county to delivery their petition to President George Weah for urgent interventions.

Accepting the petition, Bong County Superintendent Esther Walker promised to deliver same to the office of the Liberia leader.

The Bong County Superintendent, at the same time, called on the petitioners to remain calm as they push for more robust action against rape. 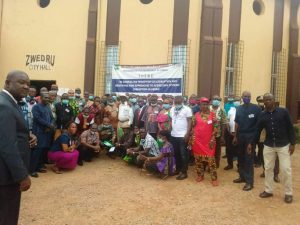 Officials of all the counties in the southeast attended the one day event in Zwedru | Photo By: Ben T.C. Brooks

The Liberia Anti-Corruption Commission has concluded a day long regional consultative conference in Zwedru. It was held under the them: “Reshaping the perception on corruption and identifying new approaches to addressing systematic corruption in Liberia”.

James K. Kingsley, LACC program manager, told participants that to reduce corruption in the country, every citizen must speak against it.

He said the Weah-led government is committed to prosecuting public officials who will misuse public funds.

Mr. Nyenuh, who is also the chairman of Southeastern superintendent council, promised that they will work hard curb corruption. 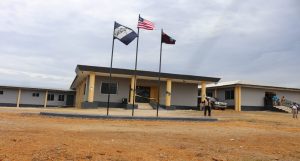 The trial of two men have been dismissed by the judge of 11th Judicial Circuit Court in Tubmanburg. Lassanah Moore and Mohammed Brown were indicted in 2018 for allegedly killing an alleged criminal who had broke into the home of one of the accused.

Cllr. Jumah Karnley, Bomi County Attorney, said: “The case was dismissed due to witnesses failure to appear before the court four different times to testify in the murder case which led to the defendants being held in prison for one year and case dismissal”.

Dismissing the case, Judge Ciaffy Ciary cited Section 18.1 of the Criminal Procedure Law of Liberia which states that state prosecutors may call for dismissal of an indictment.

Meanwhile, the two defendants, who spent over a year in detention, were excited after the case was dismissed.

“I’m so happy today that I have been set free. Because of this case my son dropped from school because I was in jail but thank God am now free,” said Lassana Moore as he burst in tears.