Around The Country: Updates From Five Counties – September 14, 2020 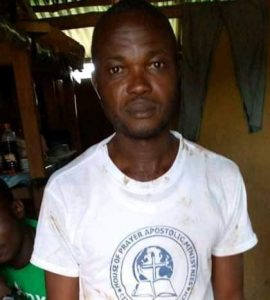 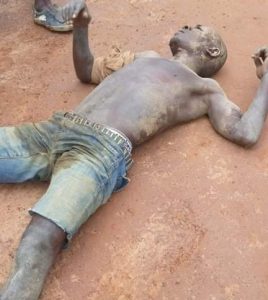 Three pastors of the Satiken Joint Christian Fellowship Church were severely flogged by some youth and elders of Parluken town in Forpoh Statutory District for allegedly preaching “messages of salvation” in the town.

According to the Liberian National Police detachment, on August 31 a complaint was filed by Pastors Raymond Dweh and Joshua Kieh Koyan alleging that they were held hostage for four hours by members of the town.

The pastors said they were made to pay a fine of L$100,000, a situation that constrained their members to raise money to pay the fine.

Police authorities told reporters that the health condition of the pastors is critical. They also disclosed that seven persons have been charged and will be sent to court. 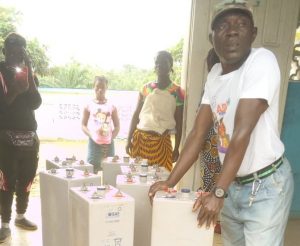 German NGO GIZ donated several items including solar panels  and batteries to power the health facility when there is power outage | Photo By: Regina Juwle Raymonds

In other news, the County Health Team has received laboratory equipment from GIZ. County Health Officer, Dr Jackson Dianna Mentoe had earlier requested the German INGO to support the hospital including its laboratory. The equipment donated include CBC machine and microscope, among others.

She also noted that 24 batteries with 1580 amp each and 10 large solar panels were given to support the lab, emergency room, pregnant women ward, and other parts of the hospital in case of power outage.

“Our people will now have the opportunity to carry on their test; they won’t have to go to Maryland County again for any of these tests,” Dr. Mentoe said.

CHO Mentoe lauded the efforts of GIZ and the World Bank for their countless support to the health sector, adding that “when these equipment are set up for Rally Town Hospital, it will be one of the best hospitals in the Southeastern region.”

Police in Gbarnga are searching for a 50-year-old man accused of raping a 15-year-old girl in Palala Town, Kpaii District.

Moses Dominen, according to the survival, sexually abused her after asking her to wash his cloths on Tuesday, July 20.

She explains: “It was during the afternoon hour — after washing his clothes on that day, he asked me to take them in his room. When I carried them inside that’s how he pushed me on his bed [and] started to open my legs, and while trying to shout, he immediately put cloth in my mouth.”

After raping her, according to the survival, he threatened to kill her if she told anyone about the incident. The victim said she was afraid and did not tell anyone until July 23.

Medical reports in the possession of the Women and Children Protection Section at the Liberia National Police Gbarnga Detachment revealed that the survival was “tempered with”.

The stakeholder dialogue brought together dozens of community leaders | Photo By: Augustine Sokan

According to Julius Karwar, Director for Land Planning and Policy at LLA, the consultations with stakeholders on the ADR process was necessary as it will be used to settle disputes arising from customary communities.

The one-day event was followed by an awareness and the establishment of the community land development management committee in customary communities.

The awareness focused on boundary issues, woman, and youth land rights to land, amongst others.

Over the years, communities in Sinoe County have had several land disputes some of which have resulted to court actions and tribal tensions.

Roosevelt Sneh, a participant at the dialogue, appreciated the LLA for the gathering but cautioned the agency to “go all out in the villages to have the input of all citizens”.

Mr. Sneh said if the LLA is aiming to settle all land disputes in the country, it must apply all efforts in working with people who have been handling community issues over the years.

The project, which is supported by USAID, is part of a four-year pilot project under the LLA and it will be held in Grand Cape Mount, Nimba, Maryland and Sinoe Counties.

He said his team has collected over 821 samples since the voluntary testing was launched in the county.

Dr. Fannieh said out of the 821 samples collected, the county health team has received a total of 94 results from the reference lab with three confirmed positive.

He added that 727 laboratory results are pending while 49 contacts are being traced because of the three positive cases.

Meanwhile, Dr. Fannieh is appealing to people of the county to take advantage of the voluntary testing to determine the case status of the county. 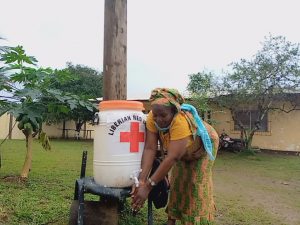 As the confirmed cases of the coronavirus disease reduce in Liberia, the Liberia National Red Cross Society, Gbarpolu County Chapter recently completed the distribution of 15 barrel to communities to help support hand washing.

Many people in the county are making regular use of the hand washing facilities that are posted at public buildings in Bopolu City.

At the National Elections Commission local office in Bopolu City, the president of the rural women of the county was spotted washing her hands before entering the building.

“I feel happy whenever I see washing hands drum. That is a reminder that the virus is still in Liberia,” says Madam Bendu Jah. “We just need to keep washing our hands to kill the coronavirus disease in this country.”

Washing hands is one of the best ways to break the spread of the coronavirus disease, public health experts have advised.

Meanwhile, Madam Jah has warned against people being reluctant about following the health protocols as the number of confirmed cases reduced.

“Even though we are not hearing about many cases now, that means that we are doing well as people but that does not mean that we should stop washing hands,” she said.

Gbarpolu has gone for over 30 days without a new confirmed case, according to the county health officer, Dr. Musa Zuannah.

To date, Liberia has 35 active confirmed cases across the country out of the total 1,311 cases recorded as of September 7, 2020