Around The Country: Updates From Four Counties – September 16, 2020 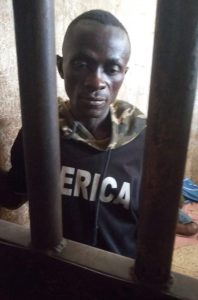 A 30-year-old man has been arrested for allegedly raping two girls in Mambo Rankollie, Foya District.

According to the Child Welfare Committee chairman of the District, Samuel T. Fayia, the incident took place on September 15 at about 4 p.m. when the two minors went to wash clothes at a creek.

Fayia said the alleged perpetrator, Siafa Wanikeo, followed the minors while they were on their way to the creek. He tried to lure them with L$100. After the kids refused, he then forcibly grabbed the minors and raped them.

The alleged perpetrator has admitted to committing the crime and is currently in police custody awaiting court trial.

A youth group under the banner “Center for Transparency and Accountability” in Zwedru is calling for the removal of the county’s election magistrate after he allegedly recruited two persons who are staff of the county superintendent.

According to the group’s spokesman, Eric Destiny Saydee, NEC magistrate Arthur C.Y. Duogee recruited the “two confidants of the Superintendent” to work during the ongoing voters roll update but they were removed from the process after massive criticism.

Robert Quiah, special assistant to superintendent Kai Farley and Bent Barwee, a personal friend to the superintendent, are all known partisans of the Coalition for Democratic Change in the county. The group also alarmed that the two of them are staunched supporters of District#1 representative and senatorial aspirant Zoe Emmanuel Pennue.

Although the two men were relieved from their role with the local NEC office, the youth group is now accusing the NEC magistrate of fraud, adding that “he cannot be trusted to conduct the pending senatorial election.”

Spokesman Saydee is also accusing Mr. Dougee of being a partisan of the CDC. The group further alarmed that the election magistrate undermine the interest of the county in favor of the ruling party, something, they fear, may spark tension.

When contacted, Mr. Duogee confirmed removing the pair from the list of staff recruited for the voters roll update but denied that he is a partisan of the CDC while promising to conduct a credible election in the county.

A man, only identified as “Tactical”, has been discovered lifeless in the Own-Your-Own Community in Buchanan city.

The body was found after local media had reported about the incident on Monday, September 14, prompting the Crime Services Division of the Liberia National Police to launch an investigation.

A 15-man coroner jury was set up to determine if there was a foul play in the man’s death. The the jury then reported that there was no foul play.

As it stands, the police have not gathered additional information about the identity of the deceased, but some residents in Buchanan, believed to be his friends, have informed the Police that his parents are also residents of the Own-Your-Own Community. Meanwhile, the police have removed the decaying corpse to avoid public health hazard.

The head of the Liberia National Police in the county Jacob Comehn has lauded the government and its partners for the regular support during the peak of the COVID-19 pandemic in the country.

Speaking to LocalVoicesLiberia in Harper, he said the police in the county were supplied with “sufficient hand washing buckets, detergents and nose masks”.

At the same time, Comehn is calling for more support to ensure the proper cleaning and hygiene of jails or police cells in the county.

“We really need hygienic materials to be used for my officers who always voluntarily wash the prisons,” he said.