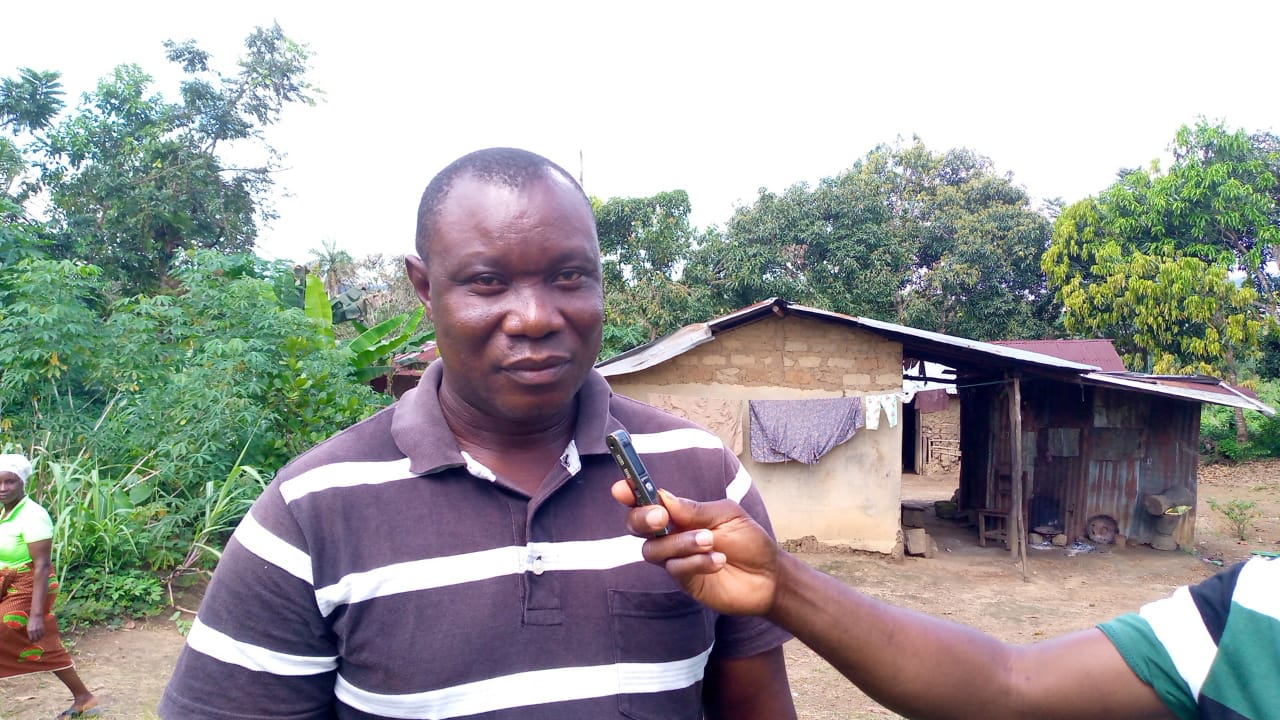 Gbarpolu County – The leadership of Korninga Community Forest Management Body (CFMB) of Bopolu District is pushing for the termination of the deal with Indo African Plantation Liberia because of the company’s “failure to stick to its corporate social obligations as stated in an agreement” signed on March 4, 2019.

“They [the company] are yet to start logging. Not even to talk about the yearly fixed amount, due cash payment to the community’s account,” says Aaron Mulbah, the community forest chief officer.

“So, the only option is to call off the arrangement because we are finding it difficult to explain to our people.”

Mulbah said the company signed a 14-year logging agreement with the community. In return, the company is to pay an annual Corporate Social Responsibilities (CRS) to the nine affected towns in Korninga Chiefdom.

The company also, among other things, agreed to make scholarship contribution of US$30,000.00 and US$25,000.00 as annual support to medical facilities in the affected communities.

The company also agreed to recondition the road and bridges from Henry Town to Tawalata Town within six months and support the construction of latrines, additional schools, youth center and paramount chief offices.

But reacting to the alleged breach by the logging company, Mr. Mulbah told LocalVoicesLiberia that the company is “failing to live up to the terms of the agreement that gave birth to its operations in our forests” two years after signing the agreement.

Apart from the quarterly payment of US$2.50 the company is obligated to pay the community for every cubic meter of log, Mr. Mulbah said; adding that the company now owes the communities US$80,000.

“With that huge money in question, they called and said they put something around US$2,500; so, since this social agreement is subject to review after every five years, we will act to protect our character,” he said.

According to him, the right to terminate the agreement if the logging company fails to start operation within 18 years lies with the affected communities.

“So, we are pushing to cancel the partnership, because from March 2019 up to today’s date [October 6] is over 18 months,” Mulbah added while disclosing plans about a planned meeting involving all stakeholders.

For his part, the Executive Committee (EC) Chair of the communities, Zinnah Mark, who spoke on behalf of the Community Assembly — the highest decision making body of the affected communities – said that community members have unanimously agreed to inform the company and the Forestry Development Authority (FDA) about the revocation of the agreement.

“Because our traditional ways of living have been limited by this agreement we signed unto, we will soon be looking for a responsible business partner to make us get hand pumps, good schools, roads, latrines and better the living condition of our people,” Mark said.

“I can remember they [the company] even asked us to sit on a dialogue table to renegotiate during the only quarterly meeting they organized early this year and our people said ‘no’.

“Therefore, we are about to end a marriage that is not benefiting our immediate family members, I mean the affected towns and the extended family members, that is the chiefdom, the county and the country at large.”

Cooper Sirleaf, the assigned FDA Contract Administrator in the county, acknowledged that the quarterly meeting was held, adding that the compnay “is not obeying what they said they will do for the people in the concession area” but said that the “government cannot single handily alter any community agreement”.

“Even though we graded the company zero percent in all what they committed themselves to but FDA, which I am representing, cannot change this third-party agreement,” Sirleaf said.

He stressed that any repudiation without the community’s approval will be a breach of the Community Rights law, which grants authority to communities to manage their own forest.

For his part, the Indo African Plantation Liberia’s Community Forest Manager, Moses Morlopolor admitted the slow payment and operation of the company.

“It is true that we have not started actual logging, but we started some works and done even small payment. First, we paid them US$2,500 and we will be doing some more because we supposed to be paying according to what we agreed to,” Molopolor said, denouncing any plan to cancel the agreement.

“During this dry season, our expectation is to start working. We are scheduled to have a meeting this month with the affected CFMB. So, the issue about suggestion to cancel the agreement is not part of our plan. We are going in the meeting with a plan to dialogue – and continued working with the communities so that they too can benefit from their forest through the agreement.”