Around The Country: Updates From Five Counties – November 17, 2020 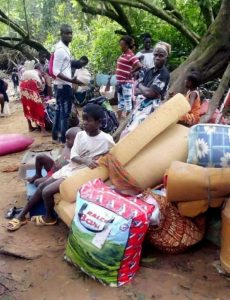 Residents in communities close to the Ivorian border claim that over 3,000 refugees have crossed into the country | Photo By: Joseph Solo, Jr.

Residents are concerned about an eminent health emergency in their communities as the threat of COVID-19 lingers amid the influx of Ivorian refugees, who say they are fleeing their country due to fear of post-election violence.

Jerry Gee, a resident of Behwahlay Town in Nimba County, said: “The Coronavirus disease is still a threat to us in Liberia and other African countries like the Ivory Coast that we share border with. That is why we are saying the government and her partners need to put system in place to ensure the safety of our people”.

According to him, there are no assigned health workers at the various crossing points to assess  the medical conditions of the incoming refugees.

He alarmed: “Behwahlay is one of the major crossing points in Nimba, bordering Liberia with Ivory Coast. But it will interest you to know that there is no single hand washing facility, least to talk about temperature monitoring equipment like the termo-flash. Currently, there are over 3,000 refugees in our major towns like Kparblee, Behwahlay, Kailay, and Dewoblee”.

Meanwhile, the International Organization for Migration (IOM) in collaboration with the United Nations Development Program (UNDP) has announced that it is revamping its Cross-border Project with funding from the United Nations Peace Building Office.

The announcement was made by the Liberia Coordinator of the IOM during a stakeholder meeting with the Ministry of Internal Affairs, security actors in Nimba and representatives of IOM/UNDP.

According to Mohamed Cherif Diallo, the influx of Ivorian refugees to Liberia is becoming alarming and the IOM/UNDP thought it necessary to continue with the project until 2021.

“As you may know, we have started the Cross Border Project and it will go up to 2021 because we want to ensure border security, social cohesion, safe movement, and to reinforce relations between Nimba and Ivory Coast. As we speak, there are movements at the border based on what is happening in Cote D’Ivoire and about 8,000″.

The UNHCR Country Representative says there are over 500 new Ivorian refugees at the Little Wlebo Camp in Maryland County | Photo By: Moses Geply

As Ivorians continue to seek refuge in Liberia amid fear of post-election violence in their country, a high-power delegation including representatives of UNICEF, WFP, and LRRRC, on November 16 visited the Little Wlebo Refugee Camp in Harper, Maryland County.

She urged the refugees to avoid sparking conflict among themselves and asked that they adhere to the COVID-19 preventive measures.

“I am encouraging you to be moderate in talking to one another; feel at home — Liberia is your neighboring country,” she said.

The UNHCR boss disclosed that over 500 Ivorians refugees are currently in the little Wlebo refugee camp in Maryland County.

Albert Didan, who spoke on behalf of the refugees, said the lack of conducive shelter, water, school, hospital staff, and food are some of the challenges they are facing. However, he thanked the delegation for the “fast intervention” made towards them. 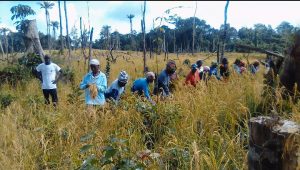 Framers of the Gainkpai Town communion farming group harvesting rice on their farm | Photo By: Henry B. Gboluma, Jr.

In an effort to increase local food production in rural Liberia, residents of Gainkpai Town recently commenced harvest of a communion farm in Korninga Chiefdom.

William Laban, who is the advisor of the group, said the cultivation of the farm was based on government’s call for all Liberians to go back to the soil.

“We mobilized our people to enable us get more food in this town and also serve as breadbasket for other communities around us here,” said Williams, who added, “we are asking the government to support our work.”

For his part, Emmanuel T. Tokpa, the chairperson of the communion farming committee of Gainkpa town, said “our work here needs support. That is one of the ways we can get more food in this country.”

Lorpu Sirleaf, the community’s women chairlady, added: “We the women joined the men to make this big farm we are cutting (harvesting) some [of the rice] today to help our community and ourselves.” 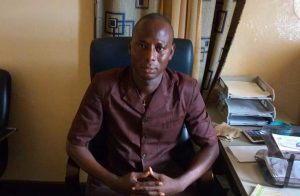 As the fight against the coronavirus pandemic continues, the head of the county’s COVID-19 task force says the lack of funding is hampering the work of the team.

Mr. Flee Glay told reporters in Buchanan that the committee is not adequately functioning due to financial constraint.

“COVID-19 is not yet over, we need to double up with the awareness process, but the lack of funding is hampering our movement as a team,” he said.

He, however, added that despite the lack of financial support, the task force is still managing to perform its functions.

“We are working with the leaders of the communities and other key stakeholders to keep the awareness on COVID-19 ongoing,” Glay said. “I want us all to know that this disease still exists, and we need to ensure that we continuously follow the preventive measures “. 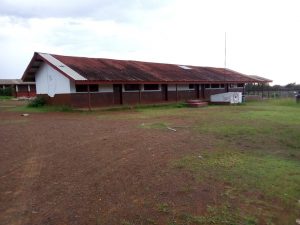 The government-run Charles Henry Dewey Central High School in Tubmanburg is seriously challenged ahead of the restart of the academic year, which is set to start on December 1, according to the school principal.

Mr. Kieh Wesseh says the lack of a qualified laboratory technician and the lack of funding to complete the construction of the school auditorium are two major problems affecting the school.

Despite the challenges, Mr. Wesseh boasted that the school has one of the best labs in the country. But he added that since the lab was setup, there is no technician to manage the facility and teach students.

“We are calling on our lawmakers to pay some attention to the school by helping to complete the construction of the school,” he said. “Even if we are having a program, we have rent hall.”