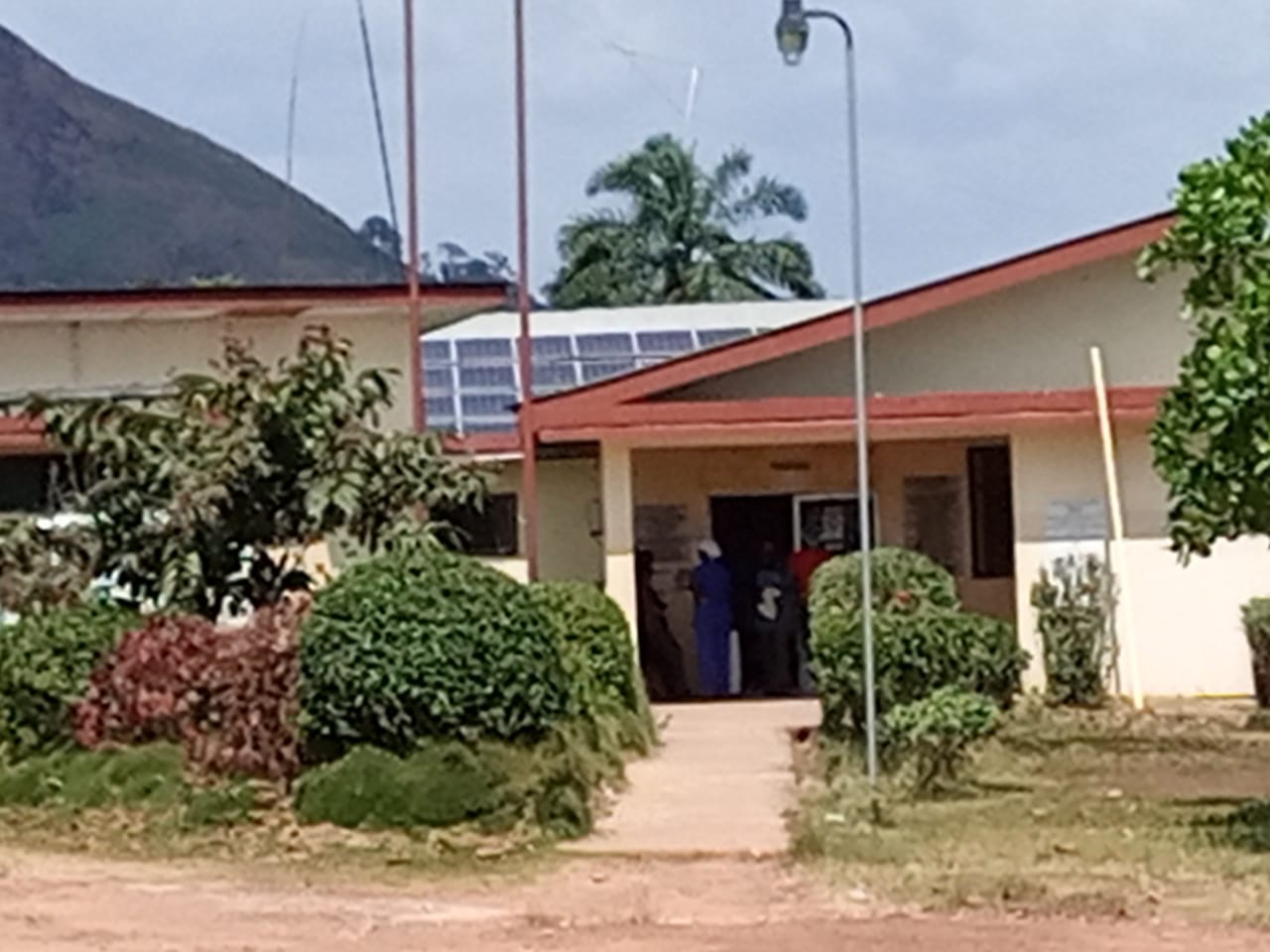 Voinjama -The administration of Lofa County’s largest referral health facility, Telewoyan Memorial Hospital in Voinjama, has banned the sale of drugs within the hospital’s premises, prompting applause and calls for the introduction of a drug revolving scheme to avert the shortage of essential drugs at the facility.

Albert M. Colee, the Hospital Administrator, recently told reporters that the decision was made after the administration observed that some staffers were “turning the hospital into a complete business center”.

He said patients have been complaining that some health workers of the hospital were selling drugs to them at high cost although these drugs are not meant to be sold.

And Mr. Colee said that the facility is a “government-own hospital” which means all services are free of charge. But he then clarified that sometimes patients are asked to buy some drugs that are not available in the facility.

“So, if staffs are selling drugs in the hospital, it will be difficult to distinguish between the hospital’s drugs and personal drugs. It has to stop all together,” he stressed.

“Besides, the administration has just procured huge quantity of essential drugs and medical materials as advised by the same clinical staffs to serve the hospital up to December 31, 2020 amid the COVID-19 pandemic that is making everyone to be challenged.

“Why are they still asking our patients to buy drugs? We want to agree with some of our patients and caregivers that it is the hospital own drugs that they are selling to patients just to enrich themselves. People are struggling to survive already — our economy is badly hit.”

The administration gave a week to all staff to “clear their tables off personal drugs,” Colee said, warning that these “private drugs” will be confiscated from staff. Last week, security guides at the main entrance of the hospital seen searching the bags of staff once they arrived at work.

However, the administration has exempted staffs of the Care and Treatment Unit “because they deal with sensitive conditions such as HIV/AIDS, TB, and mental health and medications that are used to manage those conditions are not to be exposed and are not easily bought by patients”, he said.

“Thanks to the administration for such decision,” said Emmanuel Cooper, a resident of Voinjama. “The hospital was becoming a complete business ground for some health workers.”

While several residents support Cooper’s assertion, some have also recommended a “drug revolving system”, which will allow patients pay a minimum amount for services and monies collected will be used to replace essential drugs needed by the hospital.

Joseph K. Kabba, an opinion leader of the county and a board member of the hospital, said the drug revolving system will limit the shortage of drugs at the hospital.

“To end this matter once and for all, the Administration needs to introduce a drug revolving system. Where patients will be paying at least small amount of money for drugs and services and the money should be used to keep the hospital running,” Mr. Kabba said. “If such system is not put in place, our people will continue to suffer because the hospital too is challenged.”

Another concerned resident, Prince K. Jallah agrees that “to operate such a big hospital on a [free of charge basis] is difficult. So, there’s a need to introduce a drug revolving system”.

Meanwhile, some say the hospital must be careful about its latest decision to ban the sale of drugs on its premises since there may be shortage of essential drugs during emergency cases.

Argued William Kollie: “The Administration needs to reconsider its decision because, the Government of Liberia is not able to provide all essential drugs for patients at the hospital now. Why if a patient comes midnight under a critical condition and needs an immediate attention in the absence of some essential drugs? What will the person or their relatives do since in fact staffs have been banned from selling their own drugs in the hospital? They need to reconsider their decision. The hospital is not self-sufficient yet”.

Added Thomas F. Yarmah: “In fact, the administration said that they have provided drugs from now to December 31st. [This is] good, but what happens after December 31st?”

Responding to the concerns of the residents, Mr. Colee said the administration has in place a system to ensure that essential drugs and medical materials are available on a quarterly basis — even after December 31.

“Even though it is always difficult for a hospital to provide all the drugs needed for patients at all times, we will try our best. This is not only common to the Telewoyan Memorial Hospital but even bigger hospitals in and out of Liberia can sometimes asked their patients to buy drugs outside of the hospital,” he said, adding that the introduction of a drug revolving scheme is the decision of the government.

“The decision could also help but we have limited power to make such decision. The Government has declared all services at the hospital free of charge. We do not have the power to change such. But, if the Government makes pronouncement to introduce such policy, we will implement it”.