Grand Cape Mount County – Traditional and religious leaders, together with their members from Garwul District, have decided to support two women candidates in the Special Senatorial Elections (SSE) which will take place on December 8. They explained that women have provided leadership throughout the history of Islam and they will support women in politics and governance.

The Chairman of the Cape Mount Islamic Council, Mr. Boakai K. Freeman, has called on all men in the county to support the female candidates because, he said, women are important in the national decision-making processes.

He explained: “Prophet Muhammad was heavily supported by a woman, and Prophet Musa was also found kept by a woman. And with that, as a Muslim, he remains cognizant of women’s ability to lead. Therefore, he is supporting women political participation and representation.”

Female Town Chief, Madam Jama Balo, said that she will continue to support her fellow women colleagues because they have been supporting her since she became town chief for almost 10 years. And with the unconditional and kind support of some men in her community she continues to perform very well. Therefore, she believes that women can lead effectively and equally as men, which is why she is asking all women to support women candidates to the Liberian Senate.

Paramount Chief of Garwul District, Madam Jartu Sheriff, said that the men of Cape Mount have changed steadily from the way they used to think about women’s participation in decision making. Many of them are doing an awesome job, she said, which is a great progress thinking that just a few years ago women could not serve as Town Chief, nor as Paramount Chief.

She added that cultural and religious beliefs and practices has impacted women’s ability to participate equally in a society as men did and stopped them from enjoying their right to elected positions. But now men are coming around to understand that women are capable and effective leaders too, and men are heavily supporting them. However, she added that one important aspect is that women only need to get prepared for leadership roles by getting a higher level education and studying hard. 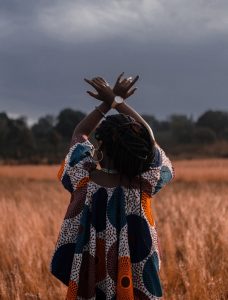 Not all agreed that women should lead

Not every man agreed that women should be leaders. Momodu Sonii, a member of the Muslim community in Cape Mount, said that his faith can never allow him to support a woman in election because, he explained, “women are meant to be at the back, and not the front.”

A study published in the International Journal of Social Sciences on women and leadership in Islam stated that “Women in early Islam had shown that a woman could become a leader in Muslim society. For example, Khadija (555-623 AD),” Prophet Muhammad’s first wife, “was successfully running her business and Aisha (615-680 AD), the mother of believers, who was well-known as an Ulema (Islamic religious leader) and was a commander in waqiatul jamal (the battle of camel).”

The study shows that women in early Islam have shown that Islam in Muhammad’s era tried hard to raise women’s status in Arabia. “Once, Muhammad said that ‘The most perfect belief is that of those who are best-mannered and most tender with their wives’. Then he said that ‘Paradise lies at the feet of the mother’.

In Muhammad’s era, women were also allowed to participate in the battle for Islam,” the study said. The treatment of women in early Islam changed dramatically, especially after Muhammad died. The climax happened during the Umar period when he created many rules which marginalized women. 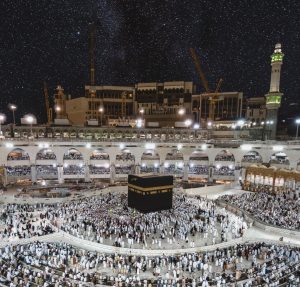 Islam has an egalitarian spirit that is shown by the history of Muhammad’s life, showed the author of the study, Arif Rohman of Charles Sturt University.  However, he concluded, since the death of Muhammad, the treatment of women has changed significantly in most Islamic societies in order to keep the status quo of men’s domination.

General Town Chief of Kiohon Clan, Varney Dassan, recalled that in the 1930s and 1940s, women were not even allowed to attend community town meetings or participate in decision making, neither did they dream to run for a position of leadership in politics or the government.

Moreover, Chief Kiohon recalled that prior to the 1946 National Referendum held on May 7 and enacted on December 10, 1946, women had no voting rights. They could not vote, nor be voted for. Their role was confined to childbearing.

He recounted that the late Madam Ruth Sando Perry, former interim Chairman of the Council of State of Liberia, was the first and the only woman from Cape Mount county elected in the position of Senator in the Legislative’s upper house.

Madam Perry won the Senatorial Election in 1985 and held the seat until 1989. Since then, the people of Cape Mount county have not elected another woman to the Senate, even though many women have competed with men for elected positions.  Chief Kiohon believes that the cultural and religious beliefs and practices are strong factors that continue to prevent women from being elected.

“I support female candidates in the 2020 Senatorial Elections” Chief Kiohon explained, as he decided to join forces to help change the narrative and give women a fair chance.