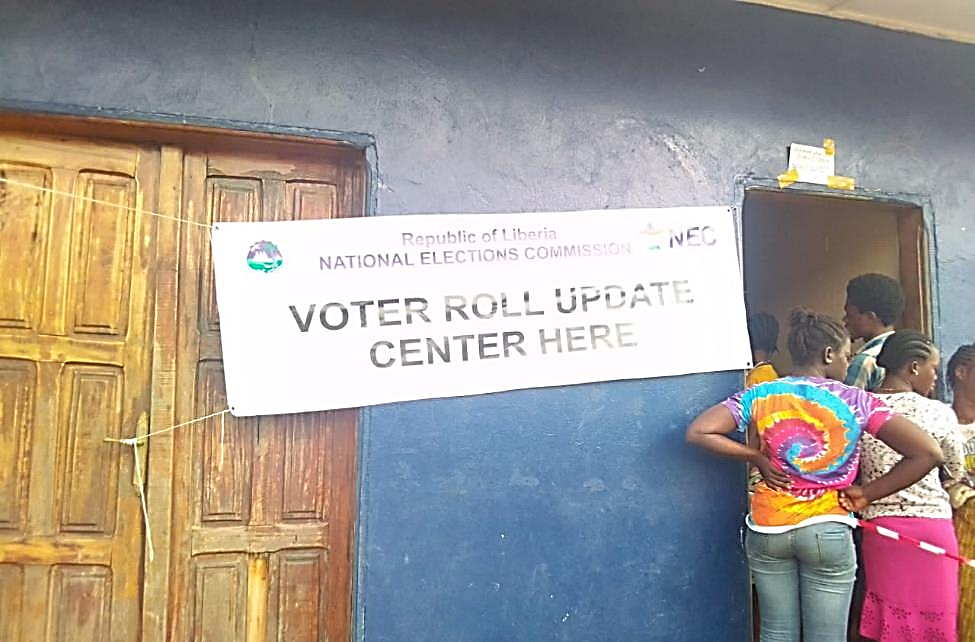 Monrovia – Almost 300,000 new voters were registered nationwide during the 2020 Voter Roll Update (VRU) carried out by the National Elections Commission during the September 11 – 25 timeframe. But while some welcome the record high number of registrants, others expressed doubt in the integrity of the VRU process.

Mohammed Ali, Unity Party National Secretary General and member of the Collaborating Political Parties Secretariat said that, compared to 2014, the 2020 VRU is a “complete contradiction of what happen in 2014,” noting that there was no new registration allowing first time voter to register and there was no movement of people from one county to another to register to vote.

This is why Ali alleged that it amounts to basis for fraud, however, he did not explain how the fraud could have been achieved. 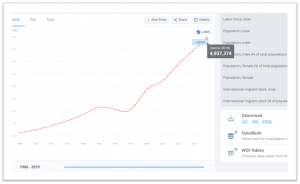 A line graph showing the evolution in numbers of the population of Liberia between 1960 and 2019. Source: World Bank

Providing clarity on registering first time voters or new registrants since the 2017 voter roll, NEC Communication Director Henry S. Flomo cited Article 77(b) of the 1986 Liberian Constitution: “All elections shall be by secret ballot as may be determined by the Elections Commission, and every Liberian citizen not less than 18 years of age, shall have the right to be registered as a voter and to vote in public elections and referenda under this Constitution. The Legislature shall enact laws indicating the category of Liberians who shall not form or become members of political parties.”

This means that every person reaching the age of 18 has a right to register as a voter and carry out their constitutional right.

Flomo explained: “It is not a new process; the law said  [that] once you are 18 and above you are qualified to vote, but because of economic issues we are not able to register people every day, so we have time to register people like during this time and general elections.”

Flomo explained that, normally, people can register to vote at any time during the year, regardless of whether there are elections or not. A person who reached the age of 18, or a person who moved from one district to another, can go to the NEC with the appropriate proving documents and request to register to vote.

The VRU process in not only about the first-time voters, but also includes people who, for various reasons, did not have the opportunity to register to vote in 2017, even though they met the age requirement at the time.

Attorney Mmonbeydo Nadine Juah, Executive Director for the Organization of Women and Children had a welcoming attitude toward the new registrants. She stated that it is always right for people who are 18 years or older, as spelled out in the Constitution, to register and vote in a democratic process. Juah defended the NEC, however, highlighted a separate concern, anticipating that the new voters may not have been sufficiently educated on how to properly cast a ballot in the upcoming elections.

“The situation we had in previous elections with people finding their names and voting centers is going to increase in this election due to the low civil awareness by the National Elections Commission,” she stated.

McDella Cooper, Political Leader of the Movement for One Liberia (MOL) said that giving young people the opportunity to register and vote is crucial in these elections. Cooper was thrilled with the number of new registrants in the VRU because, she said, when the right people are not elected, the country can lose progress and as a result all citizens suffer.

Malcom Joseph, one of the executives of the Elections Coordination Committee (ECC), a non-partisan network of civil society organizations that monitors, documents, and reports on election issues said that incorporating new registrants is welcoming, but noted that the NEC has changed their practice. Before this year, the NEC was simply involved in replacing the lost or damaged voting cards and changing the voting centers where a person registered if that person moved.

Prior to the VRU exercise, the NEC Data Center focused on cleaning the 2017 voter roll which had 2,183,629 registered voters according to NEC data from 2017. After the cleanup of the voter roll, the NEC had reduced the number by just a few hundred, to 2,183,381. Then, when the VRU was conducted and concluded, the NEC added 299, 969 new registrants, bringing the current number of total voters before the 2020 elections to 2,483,350. Liberia’s population as of 2019 was 4,937,374. This shows that less than half of Liberia’s entire population is registered to vote.

By comparison, the United States of America has a total population of 328 million people, according to the US census data. Of these, 240 million are eligible to vote (not all eligible voters are registered). However, in the 2020 presidential elections about 160 million Americans voted, almost half of the entire population.

To help with the voter registration process, the NEC, in collaboration with the United National Development Program (UNDP) election support project, and the ECOWAS commission, brought in four data experts. These data experts provide support to the NEC Data Center Staff in enhancing the quality of the voter roll for the December 8, 2020 elections, according to the NEC Chairperson, Davidetta Browne Lansanah.

Doubt over Health Protocols on Voting Day
Referendum: Official Says Voters Should Check “Yes” on Everything