Braimah Promises: “I Will Defeat the Men” 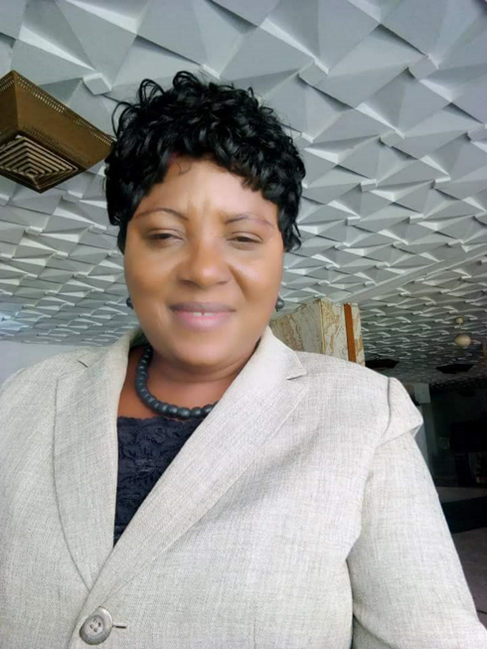 Sinoe County -Women gear up to support the first female candidate for the Senate in the history of the county. Grace Scotland Braimah will run on behalf of the Collaborating Political Parties (CPP) and will face three male candidates running for the same seat. It is a tough competition, but the Women Against Marginalization group is determined to make Braimah the first woman senator from Sinoe county.

Braimah, who is the Chief Executive Officer for Women Empowerment for Self-Employment (WE4SELF), a local NGO focused on Sinoe, Bong, and Rivercess counties, resigned in early October to be able to compete for the senatorial seat.

According to the spokesperson of the Women Against Marginalization group, Cecelia Doe, the decision to support Braimah is due to the lack of appropriate women representation in the Senate, and argued that when more women are elected as lawmakers, especially in the Senate, more progress can be achieved for bettering the lives of people in the entire country.

“Madam Grace Scotland Braimah must be given the opportunity to serve as the next senator for the county. As it stands, there is a single female senator from Bassa county who is struggling to regain her seat due to the male dominance [in the Senate],” Doe explained to the group of women voters gathered to voice support for Braimah.

“Women, too, must be given the [equal] opportunity at this time to represent the people of Sinoe county; we deserve better, we cannot be voting for men all the time. This time is our time, and we are calling on the men to support us.”

Braimah is credited to have contributed to the growth and development of Sinoe and Liberia by empowering women and youths, specifically through the Village Saving Loan program and agriculture support, as well as scholarships for school going girls and boys.

According to Braimah, she empowered 2,000 women through the village savings loan program, and 3,500 women in agriculture. She also supported 350 young adults to start a business in agriculture. Braimah currently supports 35 female students and 15 male students on her scholarship in both grade schools and universities.

Braimah said that her goal was to improve the lives of all people. “I have impacted the life of almost everyone, and not only women, but both women and men, and the youth in agriculture, and village saving loan. I am currently helping young people through scholarships in both grade schools and at university levels; I will forever remain who I am, and I will not let the people of Sinoe down when elected to public office. I will defeat all men because I am the best suited in this election.”

The tribal arguments are also on her agenda, and Braimah said she will ensure that Sinoe will put a stop to rivalries between the Kru and the Sarpoe once and for all. She promised peace to be able to speed up development and the economy and create jobs for the people.

Annie Nemily said that she benefitted from Braimah’s loan program. She explained how grateful she was. She said: “[It] has impacted my life and that of my family graciously. I was given 300 US dollars in 2018 and now [I] am operating close to 2,500 US dollars. [I] am also involved into cross border trade; therefore, if Madam Grace desires the position, we will elect her.” 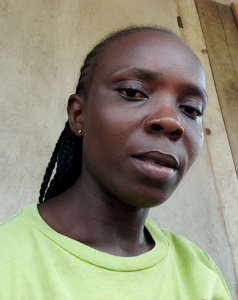 Sylvester Toteh is a beneficiary of Braimah’s agricultural empowerment program. He said: “I was empowered by Madam Grace Scotland Braimah to grow my own crops; a process which I started in 2019 June specially in cassava production; she has given me support both in farming materials and finance help which has empowered me in my operation.”

Toteh said that Braimah helps them throughout the process by ensuring that the agricultural products are bought by both local and foreign residents and organizations. 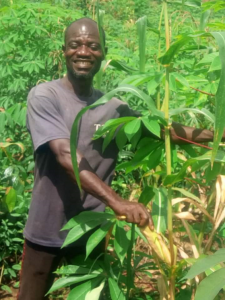 Augustine Saywon was among the group of men who also decided to support a woman for the Senate seat in hopes that Braimah will make democracy inclusive so that every Liberian enjoys their representation at the helm of government. He explained that, when compared to her male opponents, Braimah is the best qualified and can show results of her work already through her work for women empowerment.

“We will stand with the women in this struggle to ensure that Grace becomes the next senator for Sinoe County; we will not rest until this dream is achieved,” Saywon said.

The Liberian Special Senatorial Elections (NEC) will take place on Tuesday, December 8. The National Elections Commission stated that a total of 2,483,350 Liberians are registered to vote. According to the NEC, 44.9% of all registered voters in 2017 in Sinoe county were women.

Referendum: Official Says Voters Should Check “Yes” on Everything
Salala, Bong County: No True Voting Rights for the Visually Impaired