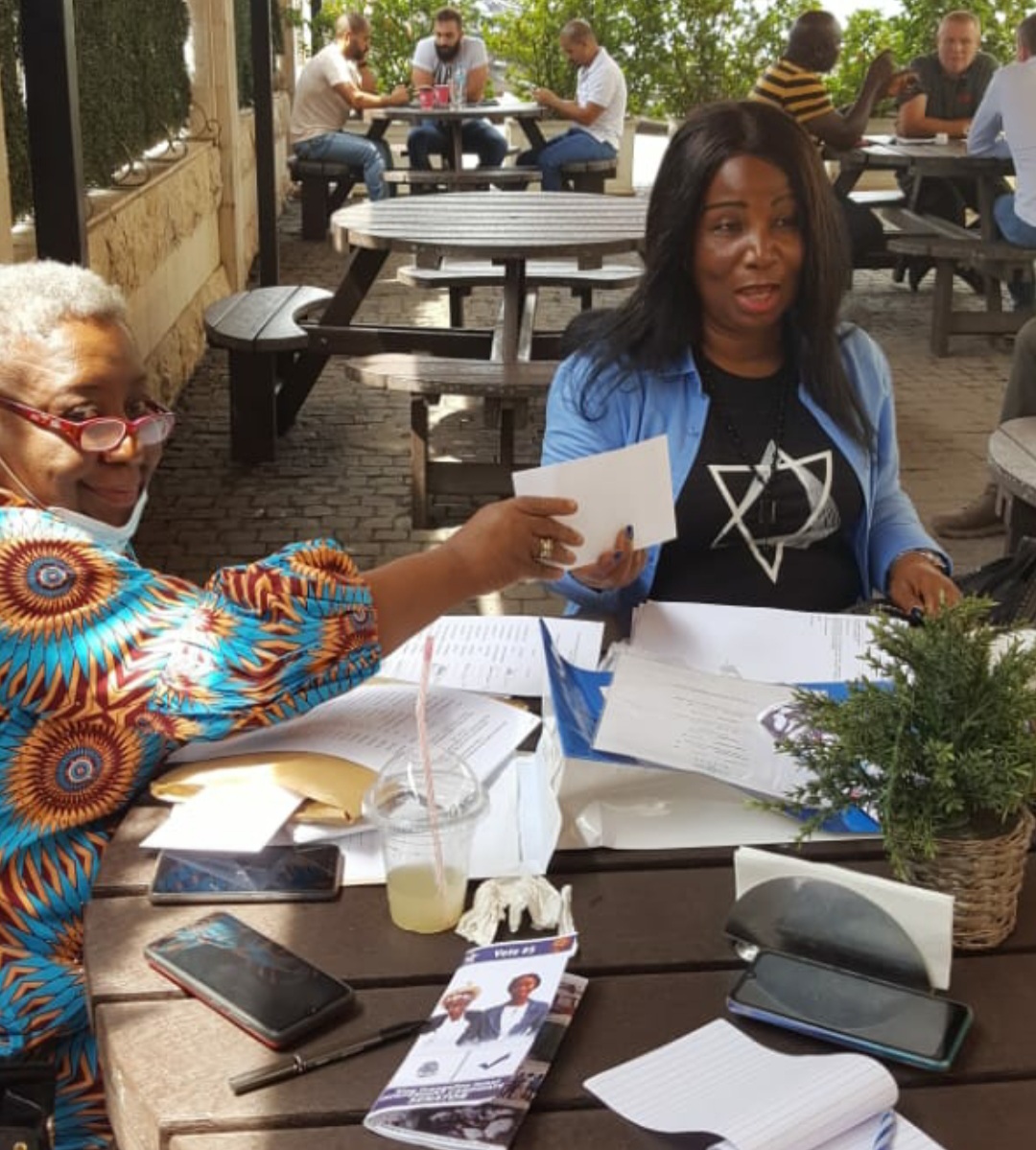 Monrovia – The Liberia Chapter of the African Women Leaders Network (AWLN) distributed $5,850 to 18 female candidates contesting in the December 8, 2020 Senatorial Election.  Each candidate received $325 to support their campaign activities. The funding was secured from kind donors who are supportive of the cause of women’s participation in the political arena.

Of the 116 candidates certified by the National Election Commission (NEC) to participate election, 17 percent or 20 are women.

Ambassador Marjon Kamara, co-chair of the Liberia AWLN Chapter, said that the financial support to female candidates is part of the organization’s commitment to increase and strengthen women’s political participation in Liberia.

The Network, she said, is concerned about the low representation of women in the Legislature. Currently, Senator Nyonblee Karnga-Lawrence is the only female in the 30-member senate. There are eight women in the 73-member House of Representatives.

“These statistics show that women’s representation in the Legislature, especially the Senate is very tenuous. Unless some of the female candidates succeed in their campaigns, Liberia may not have any women in its Senate. This would be shameful considering that Liberia produced the first democratically elected female president on the African Continent”.

The women thanked the organization for contributing to their campaign. Dorothy Toomann, the former DEN-L executive director, who is running as an independent candidate in Bong County, said the lack of funds is a major deterrent to women entering politics.

“Women have to work twice as hard as men to enter the political space,’’ she said. “The lack of funds, gender discrimination and political violence are some of the challenges women face in entering politics. But we are not going to allow those barriers to keep us from entering the political space. The donation from AWLN is highly appreciated because it will help pay poll watchers on Election Day and buy fuel for campaign.’’ Ambassador Marjohn Kamara (left), co-chair of the Liberia chapter of the African Women Leaders Network (AWLN), hands Boto Kanneh a donation to assist with her campaign

Botoe Kanneh, an entrepreneur who vying for the senate seat in Gbarpolu County, thanked AWLN for providing financial support for female candidates. “More women will succeed in politics, if women rally around female candidates and raise money to support them”, said Kanneh, who is an independent candidate.

“More women in the Legislature will give voice and advocacy for issues that affect women and children and young people”, she said.

Kanneh said she is pursuing the senate seat because she wants to improve health care, road network and support women in business.

“Some politicians like to dish out money for vote, but character is what matters,’’ she said. “I am speaking on the issues and my message is getting across.’’

Rosalind Sneh, the Collaborating Political Party candidate running for the senate seat in Grand Kru, said she appreciates the donation from AWLN. “It’s a step in the right direction,’’ she said. “Women candidates need money. When we do not have money, it is hard to run. We may have the right message, but how do we get to the people, especially in areas where the roads are so bad? We need money for fuel, radio advertising, fliers, motorbikes and to pay poll watchers.’’

Liberia is one of 11 African countries that have AWLN chapters. The organization was created on June 27, 2017 as a joint initiative of the African Union’s Special Envoy on Women, Peace and Security and the UN Women with support from German through its representatives in New York and Addis Ababa.