Sanquin, Sinoe County: No Votes for the Senators 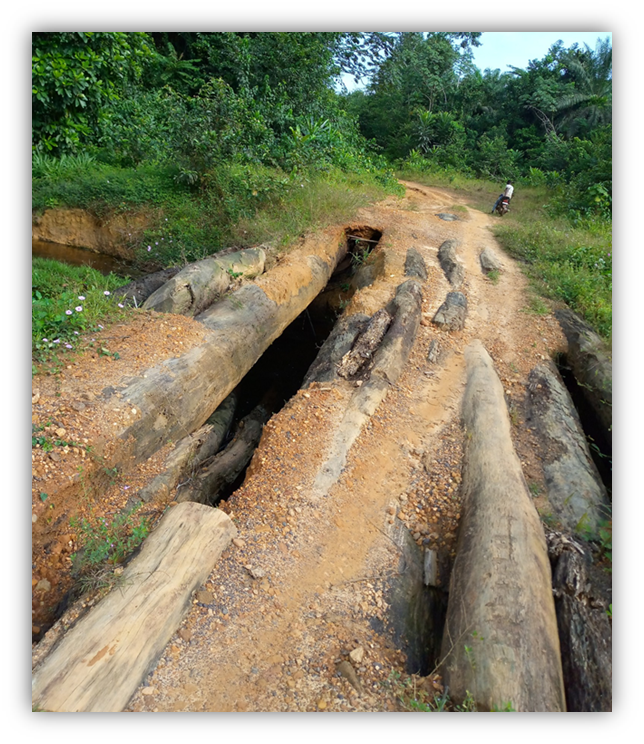 Sinoe County – With just a few days, or hours before the December 8 election, and residents of Sanquni District, Sinoe county, remain determined not to vote. The reasons why, are staring everyone in the face.

The paths that cross the district, which can hardly even be called roads, the dangerous river crossing and bridges, the government’s failure to appoint a District Superintendent and the abrupt closure of the Equatorial Palm Oil Company (EPO), an investment that increased employment rate in that part of the country, are just a few of the reasons why they won’t vote.

Roosevelt Jlah, resident of Sanquin, confirmed that he and his family, friends, and neighbors they have unanimously agreed to stay away from the entire election due to complete marginalization by the local and central government. Their more recent grievance is that the District Superintendent, who died in 2019, has not yet been replaced. Without a leader in place, the entire local government is “non-functional,” Jlah said, and everything is stuck in place. On top of the lack of development, the residents have been hit by very high transportation rates because the roads are so bad, and drivers don’t want to completely ruin their vehicles. 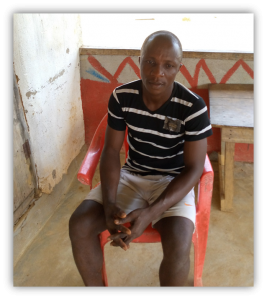 Sanquin resident, Roosevelt Jlah, contemplates to the state of abandonment by the central government

“Pregnant women are carried in hammocks or on motorbikes to nearby clinics for delivery; this situation sometimes leads to the deaths of the pregnant women during childbirth,” Jlah explained with grief.

The unemployment was a problem before, but since the departure of the Equatorial Palm Oil Company, youths have lost their jobs, and children cannot go to school anymore. “The company’s vehicle usually conveyed children to their various campuses, but that is no longer possible,” he said, and children have to walk for hours to get to their schools.

“Something it is unbearable.”

So, there will be no votes for the senators in the December 8 elections. Jlah and his family, friends and neighbors will stay home, returning the same treatment they have been receiving from the elected officials: complete abandonment.

Martina Teh does not know how long they will survive this way. The unspeakable condition of the roads had almost ruined her business. Her goods are perishable and if she doesn’t reach a market on time, she loses the goods, and the money.

As if it wasn’t bad enough, the nurses at the local clinic have also threatened to leave, because they are out of medication, out of equipment for deliveries, and many other materials necessary to do their job are absent.

“A pregnant woman was recently transported from this area to Greenville because this clinic did not have drugs and materials to help her. While on their way, she gave birth in the middle of the road,” Martina said. Many other women will face the same fate.

Cynthia Massaquoi has lived in Sanquin seven years, said that the residents have tried hard to get the government to prevent the departure of the EPO, but their calls fell on deaf ears.

“All the residents of Sanquni, after consultations with our chiefs, elders, women groups, youths and other stakeholders in the area, we have decided to stay away from the pending election in until local authorities and the central government can adequately address our plights,” she said.

Sanquin is approximately 15 miles from Greenville City, with thousands of registered voters. 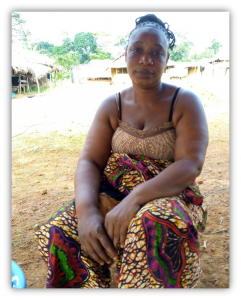 Politicians promise roads … after the elections

Senator Augustine S. Chea said he has met with the residents of Sanquin District and appealed to them to vote. Then, he said, after the election he will address their complaints.

“I will ensure that the people of Sanquin get paved roads and will also negotiate with other people in the government to see how best to get companies to come into the district and boost employment,” the senator promised in exchange for votes.

Senator Chea also begged for votes: “My people, you should please turn out in your numbers and vote and all your concerns will be addressed after the election.”

Sinoe County District 1 Representative, Clinton Oldman Duncan, aslo assured the residents that their concerns will be addressed after the election, and requested: “l am asking you people to turn out in your numbers to vote,” he pleaded. He even promised to address the issue of appointing a District Superintendent with the Presidency.

Superintendent Lee Nagbe Chea understood the legitimacy of the residents’ concerns but encouraged them to vote because there is not much the politicians can do between now and the December 8 elections.

“Let us all get to the poll to cast our ballots on December 8, as we, the local leaders, and county legislative caucus will do our best to address your plights,” Chea said. He promised that he will also encourage the Executive and international partners to help promote businesses and companies to invest in Sanquin. Chea also clarified that since the death of the district Superintendent, Christian Wlehjilah, the county local leadership was able to have another individual act as Superintendent in the person of Madonna Tarpeh who is now taking charge of the district: “Though that is not enough, we will assure that you get a new district superintendent after the election,” he promised.

“The President, Dr. George Weah, is concerned about the issues, so please don’t let us down; please go to the polls and vote for your next senator who will also help change your conditions in real time,” he added.