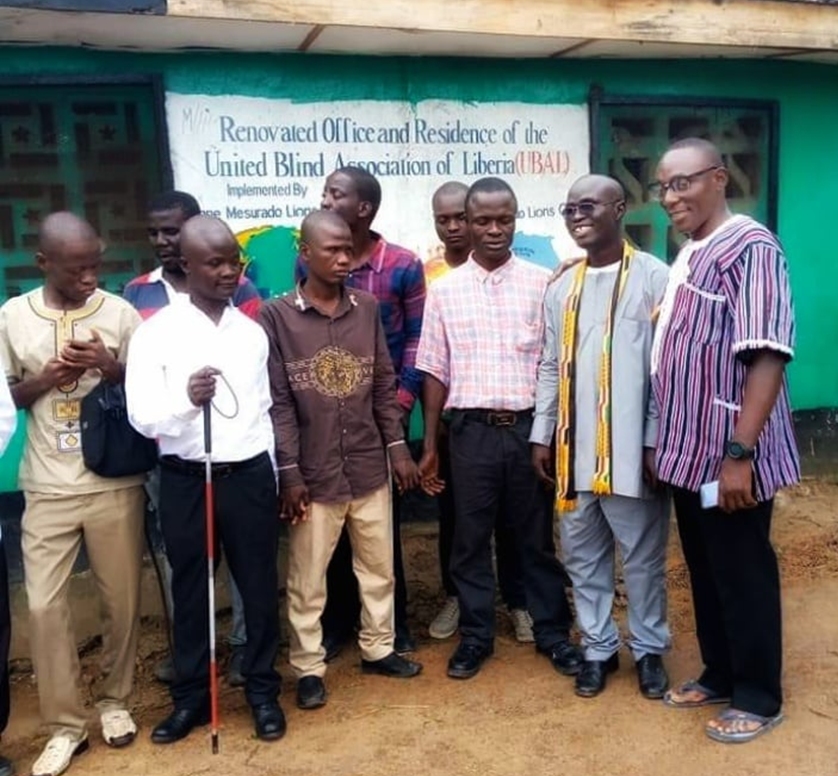 Monrovia – Albert Kemokai, vice president of the United Blind Association of Liberia (UBAL) warned that his organization will carry out an “endless protest” at the Ministry of Foreign Affairs after the December 8 elections.

“We are coming out in numbers after the Elections. We will bring our mattresses and live in front of the Foreign Affairs Ministry until the government listens to us, because they lied too much, and we are tired of it.” Kemokai stated that the current government has failed in paying subsidies to the people living with disabilities, and their voices have been set on mute by President Weah.

“Things that we used to get during President Ellen’s time are no longer available in this Weah-led government, we have to beg on the streets to be able to eat.”

Dixon recalled president Weah’s instructions to the people living with disabilities to take their job applications to the Vice President Jewel Howard Taylor’s office for employment into public offices. But that was another empty promise.

Naomi Harris, president of the National Union Organization of Disables (NUOD) added that even at the last moment the government seemed uninterested in investing in awareness training and education on voting for the people living with disabilities. 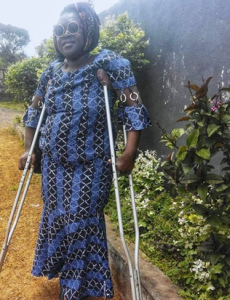 “It’s weak awareness. The National Elections Commission has done little to no education for persons with disabilities on the December 8 referendum. We have yet to understand the meaning of what NEC is teaching,” Harris said. She added that with limited education, the people living with disabilities may feel intimidated by the referendum propositions and the implications that a vote may have, and they will most likely not vote out of fear of doing something wrong.

The NUOD could have conducted training for the people living with disabilities, she said, but the NEC has not provided the appropriate training materials, or the funds to support.

The National Elections Commission (NEC)’ Public Relations Officer, Henry Flomo, said that his organization engaged the people living with disabilities in awareness and exercises to educate them on their voting process, how to use the special tac-tac ballot for the visually impaired and additional education on the referendum.

Flomo also stated that persons living with disabilities have the choice to decide who should assist them to vote if they need help. They are also free to ask for help from NEC staff at the polling centers.

The NEC does not know how many of the registered voters are persons living with disabilities.

Article 5.8 of the New Election Law, states that “A voter who is unlettered or incapacitated may request the assistance of a person of his or her choice to mark his or her ballot in secret.” The law allows the voter and the assistant to “retire […] in an unoccupied compartment and, at the direction of the voter, help in preparation and marking of his or her ballot paper and return the ballot paper properly folded for deposit in the ballot box.” 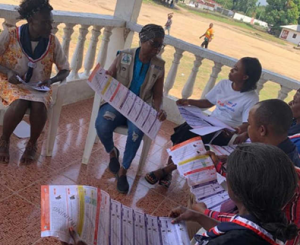 A tac-tac ballot is the Liberian name for the tactile ballot, designed specifically for voters with visual impairment and blindness, to be able to vote without the assistance of an outside person, thus allowing for their vote to be truly secret, as it is required by the Constitution.

Flomo also noted that there will be no separation among the disabled and abled voters on voting day, because the people living with disabilities may consider this to be humiliating. However, there was no indication as to how the NEC expects the voters with mobility challenges to climb the stairs of voting centers.

“The disabled feel discriminated to be put separately during elections, they always complain that they are all humans.”

Alonzo Dorian Dixon, NUOD’s Secretary General, laid the blame squarely on Liberia’s President, George Weah and his government. “There has been zero collaboration between this government and us,” he said.

“We have made every effort to reach out to this government but to no avail.” 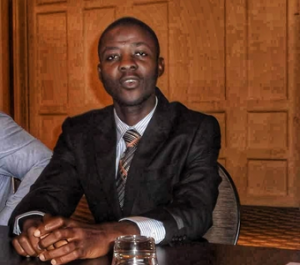 Dixon believes the international community will take note of the current Liberian government’s alleged disregard for the people living with disabilities and especially their lack of interest on educating the community on their voting rights, processes, and knowledge.

“I haven’t seen anything that this Weah led Government has done for we the disables since they came in power, we are tired calling on them,” Dixon said.

According to article 29 of the Convention on the Rights of Persons with Disabilities (CRPD), which Liberia ratified on July 26, 2012,

“States/Parties shall guarantee to persons with disabilities political rights and the opportunity to enjoy them on an equal basis with others, and shall undertake: