Around The Country: Election Updates From Four Counties – December 16, 2020 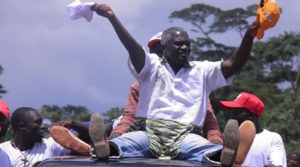 Mr. Pennue was involved with frantic campaigning ahead of the December 8 poll in Grand Gedeh County

The Tchine District lawmaker has been serving the Representative position from 2005 before his election to the Senate. His ascendency now creates a vacuum in Electoral District #1.

Grand Bassa County: Findley: ‘Every Election Must Have a Winner’ 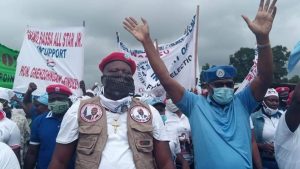 Findley (in blue shirt) ran for the Senate for the second time. He held a nine year term but was defeated in 2014 in another tight race | Photo By: Elton Wrionbee Tiah

Barely a day after the Special Senatorial election, former Foreign Minister Gbehzohngar Findley has congratulated Senator Nyonblee Kangar-Lawrence for winning the election in the county.

“My profound gratitude to H.E. President Dr. George Manneh Weah, the Mighty CDC and Team Findley for the support and policy-driven campaign”.

He stressed that his “desire for a peaceful, united, reconciled and prosperous Bassa is unshaken”. 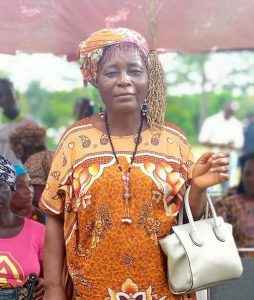 Commissioner Reeves says Unity After Election is the key to moving the county forward | Photo By: Emmanuel Mafelah

Yelequelleh District Commissioner, Annie Reeves has called on residents of the district to join hands with the senator-elect of the county for the livelihood improvement of the ordinary people.

Now that the election is over, Commissioner Reeves said, people of the county need to come together despite their political differences and help Senator Prince Kermue Moye move Bong County forward.

Said commissioner Reeves: “I am calling on all our people in Yelequelleh district and Bong County at large to work with Ho. Moye for the betterment of our County. We can’t continue to sit on the fence criticizing our leaders; Moye is now our new Senator whether you like him or not he is our senator.

Madam Reeves was speaking to cross session of citizens in Gbartala recently after the National Elections Commission pronounced the CPP candidate (Prince K. Moye) winner of the senatorial race.

She then praised the young people of the county for being peaceful during the electoral process.

Also, Dr. Mogana Flomo Jr., an independent candidate in the just ended polls, added: “Elections belong to the people; they decide to elect who to serve them at a time.

“On behalf of my family, friends, and supporters; I want to officially congratulate Deputy Speaker Prince K. Moye, Sr. on his election as Senator of Bong County. He has received the mandate of the people and it is our duty as patriotic citizens to rally around our leaders to make them successful in executing their duties which we believe will have a positive impact on the lives of the people.”

Bomi County: ‘Unity, Reconciliation are Important after the Senatorial Election’ 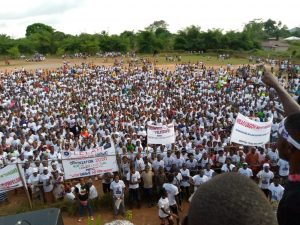 Hundreds of supporters of Senator-elect Edwin Melvin Snowe at a campaign rally in Tubmanburg before December 8 poll | Photo By: Ibrahim Sesay

As the National Elections Commission prepares to certificate winners of the just ended election, people of Bomi County have called on the senator-elect, Hon. Edwin Melvin Snowe to prioritize unity and reconciliation.

Expressing concerns development in the county, some residents said politics has heavily divided the county, as some argued that since 2017, leaders of the county have not done much in reconciling the people.

Varney Sherman is the head of the visually impaired community in Tubmanburg. He said election is over and everyone should come together to support the winner for the county to develop.

“My people, let’s come together so we can support our honorable that just won so that we too our county can develop,” he said.

Added Patience Norman of Klay District: “If we the citizens of Bomi County can think about the future, forget about the hatred that politics has created, we will surely see good things coming to Bomi County.”