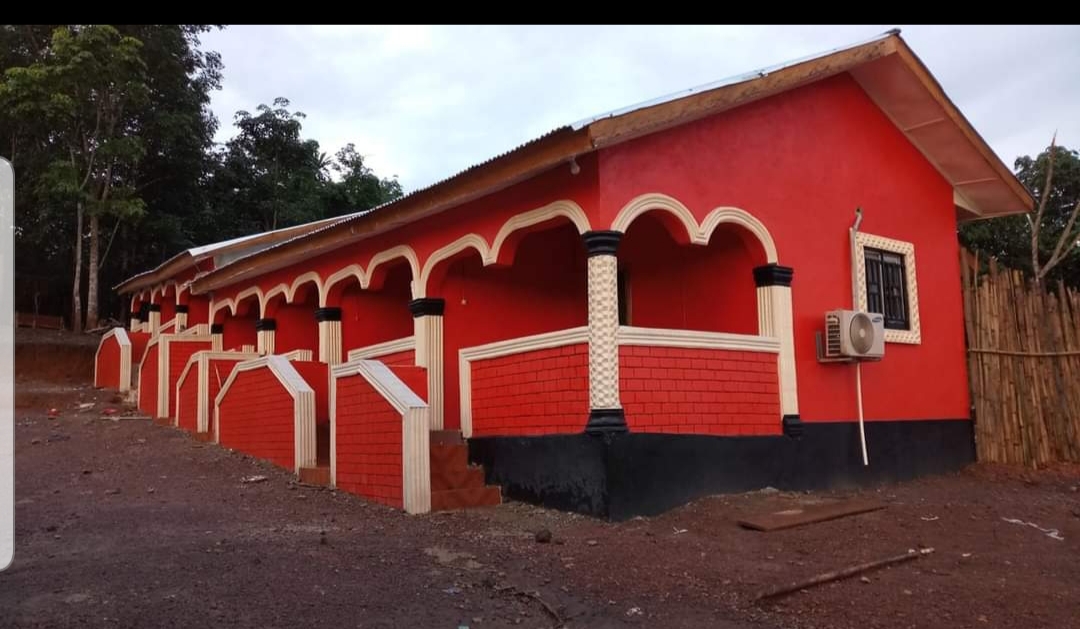 Kokoya, Bong County – Five years ago, a visitor could count the number of shops and houses in David Dean’s Town in less than an hour. Now, the number of properties has increased as the population grows significantly — thanks to the scores of people who have moved in to work or seek jobs with MNG Gold Liberia.

Dean’s Town is the largest community just about two miles outside the mining company in Kokoya District, Bong County. Residents rely on the company to boost their socioeconomic activities.

The number of jobs was not forthcoming due to a turbulent relationship between the company and the community that left over million dollars’ worth of properties destroyed by looters and vandalizers in 2018.

That obnoxious situation was further compounded by a torrid global economy that saw prices of gold slummed.

In last five years, the company has also been paying US$2,000 each to the four major surrounding communities, annual rehabilitation of two public schools, and payment of US$1,825 to 11 volunteer teachers at two public schools in the area as it completes the construction of a multilateral high school and modern clinic worth over US$1.2 Million.

With these implemented and ongoing projects, it seems everyone is back in business as the company looks to further rekindle its relationship with the local communities.

These inroads are also helping local businesses improve steadily. Liberian employees who live outside the concession compound rent houses from locals and purchase from local traders, while the company relies on local farmers to supply farm produce like pineapples, lettuces, cabbage, watermelon, eggplants, and pepper, among others. This helps to boom the local economy.

While significant supplies of local produce come from local businesspeople, the company also hires the services of the local hospitality industry including renting local guesthouses and catering services.

Madam Martha Zackpah, a local businesswoman, was hired in 2019 to provide catering services for the company’s Liberian canteen. Her M. Z Catering Services has over 30 employees — young men and women from project-affected communities including Dean’s Town and Sayewheh Town.

Madam Zackpah says many of her employees “have upgraded their lives” since they begin working while others have been hired directly by the company.

“I brought out 26 persons to work with me but some of them have been hired by the company and the company is training some of my employees – some are becoming heavy duty drivers in the mines and others want to have a trade so they can have a great future,” she said.

“I think young people from here need to learn something from the company so that they can be professionals in the future.”

Madam Martha Zackpah, a local businesswoman, runs a catering service that was hired by MNG Gold in 2019

David Dean’s Town, which is the most populated around the concession, has over 6,000 residents but with the festive season nearing, the Town Chief, Mr. Philip Due, says the population is expected to swell to 10,000.

Meanwhile, the number of shops in the town has grown from two dozen to over 35 in less than two years, Mr. Due said.

For Madam Zackpah, the presence of the mining company is triggering economic activities for local businesses like hers.

“We have stores here now, and many entertainment centers,” she said while recalling that there were just two shops in the town back in 2016. “If the company continues to be here and become profitable, I’m sure there will be more progress for the local communities.”

Michael Thompson Jackson owns a guesthouse and bar about two miles away from the company. The King Michael’s Place is located at the outskirt of David Dean’s Town. This is a growing hospitality business that attracts visitors – some are job seekers who come knocking on the doors of MNG Gold.

In 2014, Michael, as a Taxi driver was searching for job at the mining company. He worked briefly as a volunteer before getting employed yet he had his eyes on becoming a successful businessman.

“I thought to myself that one day this company will improve and so the little money that I’ll be earning I will invest it,” he said. “Today, you can see my place and today Things improving in our life”.

For the past four years, employees of the company and locals spend leisure time at the King Michael’s Place during holidays and weekends.

“Since MNG Gold came, my business has been improving and the company is very much important for local business,” said Jackson, who also works as the camp supervisor for the company. “Lots of Liberians come here searching for jobs and they stay at my place and then the company also sent some of their guests to stay here and this is improving my business.”

Mr. Jackson is a prominent businessman who runs a guesthouse about two miles outside of the concession

Currently, 85 percent of MNG Gold workers live in the town and are all renting from owners of houses in this town, says Mr. Eugene Kollie, MNG Gold Community Relations Superintendent, adding that “it helps to promote the local economy”.

“I have observed and experienced over the period that, some direct sons, daughters, and traders have built modern houses and established better businesses in the surrounding communities now, than when the company had not come,” Kollie said.

“There was a lot of makeshift structures prior to the company commencing its operations but you now have well-furnished guests houses that compete with houses in Gbarnga city, and I think the company’s economic impact on local businesses is very much significate that, David Dean’s Town has become the biggest business center for some part of Grand Bassa and Nimba Counties.”

And with the company continuing its operations for next decade, people like Martha and Jackson are optimistic that local businesses will expand steadily.

Martha wants to expand her business beyond MNG Gold’s concession and even become a leader in the hospitality business.

“We have a vision of serving the county at large and with this company being a strategic partner that keeps making impact on the local communities, we believe our businesses will grow,” said Madam Zackpah, who is a signatory to the agreement between the company and the project-affected communities.

“We all companied that MNG was not doing 100% but at least they have touched almost all what they’ve planned to do,” said