On December 18, 2018, the logging company signed a 14-year agreement with Bondi Mandingo and signed Korninga ‘B’ Community Forest Management agreement on March 4, 2019.

Under this agreement, the company is to pay US$1.25 (One United States Dollar, Twenty-Five Cents) per hectare annually to each management team as land rental fee.

The agreement further states that 55% of the total amount paid be remitted to the affected community account and 45% to government revenue annually.

The leaderships of Bondi and Korninga have accused the company of failing to live up to the terms and conditions stated in both concessions.

Dakina Gbarto, the chairperson of the Executive Committee of the Bondi Mandingo Community Forest said, “The right to terminate the agreement if the logging company failed to start works within 18-month period is in our hands.”

He added: “In our last Community Assembly (CA) meeting on December 13, 2020, we set February 15, 2021 as the date to start the legal battle to officially lay off Indo Africa Agreement.”

The CA is the highest decision-making body of any community forest management body in Liberia according to the 2009 Community Forest Management Act.

Using the Community Forest Act of 2009 as his reliance, Mr. Gbarto says he remains constant on the matter.

According to him, the company has complicated things for them by refusing to rehabilitate the roads and pay cash benefits to the affected communities.

“The company has put us in total embarrassments – because since we put pen to paper, they have not started road rehabilitation, not even to talk about paying yearly cash benefits agreed,” he said.

Darkina Gbarto also lamented that “apart from cash benefits, the social agreement signed pointed out building and rehabilitation of hand pumps, schools, latrines and job creation to better the living condition of our people.”

Meanwhile, the chief officer of Korninga B Forest is Aaron Mulbah. He disclosed that that company has paid US$ 2,500 (Two Thousand Five Hundred United States Dollars) out of the total of US$ 80,000 (Eighty Thousand United Sates Dollars) owed by the company.

“This is why the last time I informed you that of the huge money they due us they managed to pay as little as 2500 USD.”  Mulbah said 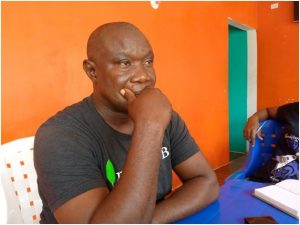 He emphasized their position not to have any dialogue with the company but to follow the agreement which gives the community power to review or terminate the concession if the need arises.

“We are no longer going to waste time with these people since in fact, the agreement signed is bind to revision and termination, this is why in our last meeting we informed them that as of February 2021, we are officially ending their agreement,” he said.

The failure of the Indo African Plantation Liberia Incorporated to implement its responsibilities made the assigned Forestry Development Authority (FDA) Contract Administrator in Gbarpolu, Cooper Sirleaf to rate the company zero percent (0%).

He said, “It is left with the two affected communities’ bodies to decide what is good for them, since we as agency representing the government cannot amend any portion of their third-party agreement.”

The company Community Forest Manager, Moses Monopolor confirms to Local Voices Liberia the slow payment of money to the communities, stating “that logging is by season and the issue about both communities ending their agreements with us is something that we discussed in December 2020 meetings.”

Moses Monopolor has accepted the decision of –Bondi Mandingo and Korninga ‘B’ Community Forest Management Bodies of Bopolu and assured them if the company does not pay the money by February this year, then the community can proceed with their action.