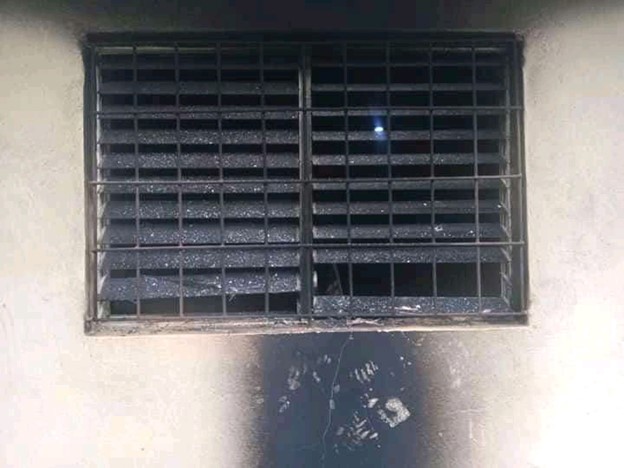 The fire seems to have been started around the office of the Assistant Magistrate, Nelson A. Shannon, and reportedly damaged several essential documents, including financial records, contract sheets for polling staffs, and others.

Assistant Magistrate Shannon stated that a complained was filed with the authorities to initiate an investigation.

“You know, recently the National Elections Commission office here in Sinoe County released its preliminary results on the conduct of the elections that announced Sampson Q. Wiah as winner for the Representatives by-election and Cllr. Augustine S. Chea as winner for the senate seat.”

Magistrate Shannon explained that following the release of the results from district 2, one of the defeated candidates, Othello Doe Nagbe, complained to the NEC about irregularities that he allegedly observed during the by-election, referring to the late arrival of ballot boxes at precinct centers in Kunwiah, Nanakru, and Settakru. 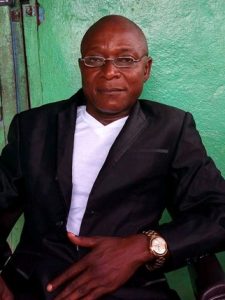 According to the NEC staff, Othello Doe Nagbe allegedly also complainant about issues with NEC workers denying his observers complaint sheet, and that this action sparked serious tension at some polling places in the county.

The burning of the Assistant Magistrate office has left many residents, and especially the NEC staff, outraged, urging the police to speedily conduct an investigation into the matter.

Angeline Nimely, an NEC Presiding Officer (PO) at the Butaw Blah polling center was shaken by the fire event: “We hope the police will act swiftly and have those involved arrested.” Another NEC staff, Jerreyline Boe who participated in the just ended electoral process at the Saywon Town Public School said that the arson event should not be taken lightly by authorities.

Police Commander of the Sinoe County, Douwue Goldoe, assured the public that the police is dedicated to finding out the truth and bringing the perpetrator(s) to justice.