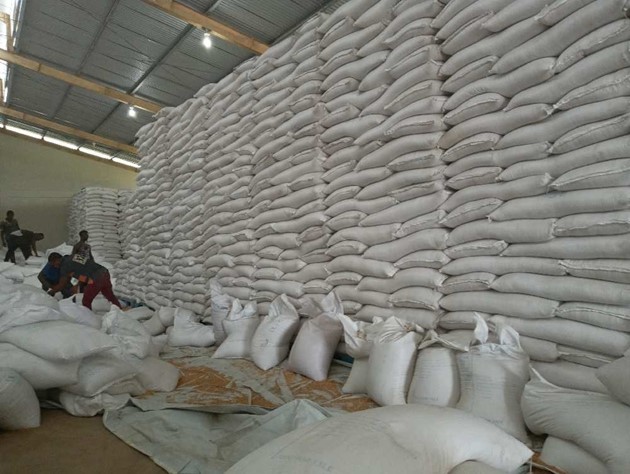 Harper, Maryland County — Several persons in Maryland County have expressed dismay over the long delay with the distribution of the Government’s “stimulus package”, which is meant to ease the economic burden on vulnerable families as the coronavirus pandemic continues.

Many residents of Harper city, who participated in the enumeration of households by Liberia Geo-Information and Statics , say the answering of survey questions in the name of getting their names in the data base to benefit from the food distribution was a “waste of time”.

In July 2020, the government announced the COVID-19 Household Food Support Program to support (COHFSP) communities through a partnership with the World Food Program to distribute food to over 2.5 million households.

But the governmnet later clarified that only “vulnerable families” will be targeted. Several delays in getting the food to these targeted communities have made potential beneficiaries wary.

However, a latest report by COHFSP seen by LocalVoicesLiberia states that data entry and processing have been completed in the five southeastern counties of Grand Gedeh, Grand Kru, Maryland, River Gee and Sinoe in December 2020.

But as the actual distribution is yet to begin, potential beneficiaries are growing impatient.

Grace Collins is a single mother with six children. She sells palm nuts to cater to her family, so when her home was enumerated, she has had her eyes on the road for over three months waiting for the arrival of the food.

“The Government came to fool us with food business, and this is making me almost want to cry,” she said. “So, if they [the government] do not want to give us food, it’s Ok.”

Sarah Dennis is another resident of Harper city who has her eyes on the road for the food. She sells sacs of water to cater to her family, which means she is most likely to be qualified as a vulnerable head of household to receive the ration.

“Ever since we heard about this food business, they can’t bring it,” explains the mother of five. “Because of this food business during the start of the coronavirus pandemic, I credited rice from one of my friends even though I don’t know which food they were bringing but I credit my friend and later on she started running behind me for the food until she carried me to the Community Chairman and another person have to help me.”

She continues: “I’m suffering, and I think the Government’s package was going to help me and my family but we have not received any so they like it they should not bring anything again.” 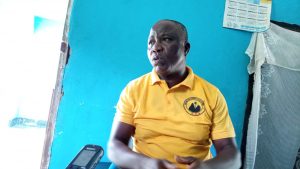 Carter Subor is a resident of Harper City, who said he was also enumerated by the LIGIS team | Photo By: Bryan Dioh

Allen Togar, 50, is an artisanal fisherman who has also being waiting for the food package after the global pandemic slowed down fishing activities in the county.

“We are going to almost five months now and the food cannot come, and this is a problem, and we need to be serious about this,” Togar said. “This has caused me and my family to go in debt with others which we can’t pay. We expected something good to come when they started because of the late time.”

Frank Jayfin and Carter Subo say the wait for the food package is becoming unbearable.

“We are hoping that this happens because we have been waiting for this package for long because Liberian government is good at talking but not implementation,” laments Catherine Subo.

And Jayfin, who is hopeful of getting the package to help his family, said “this Government needs to work, and I hope this one overstayed package can come”. 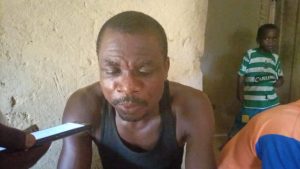 Frank Jayfin is a resident of Borobo Town, who says he is awaiting the arrival of the food to the county | Photo By: Bryan Dioh

Allen Togar, 50, is an artisanal fisherman who says the coronavirus pandemic has affected his source of livelihood | Photo By: Bryan Dioh

Meanwhile, LocalVoicesLiberia has gathered that the government and the WFP are collaborating with Caritas Cape Palmas to manage the food distribution in Maryland County. The Catholic-run NGO rejected an interview request with LVL but hinted that the distribution of the food will begin in early January.

The COHFSP Steering Committee in its recent report said the “implementation had experienced delays in the beneficiary registration process” largely attributed to “documented challenges with identification and verification of the most vulnerable households”.

To prepare for the food distribution, the Caritas Cape Palmas  partners have started to engage local leaders to sensitize them on the COHFSP, its objectives and planned activities, the Committee’s report stated.

Reporter Bryan Dioh of Maryland County contributed to this story.