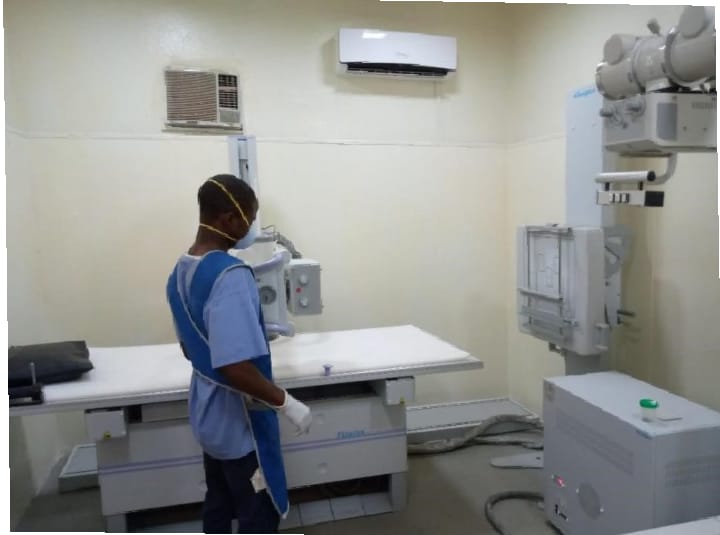 Voinjama, Lofa County – Patients needing X-ray examination in Lofa County must travel out of the county for such service. This is because all major health facilities are without this vital medical machine.

Lofa County, which is one of Liberia’s largest counties, is divided into six health districts. The county has four major referral hospitals, but the lack of a functional X-ray machine remains a problem undermining efficient health care services for people of the county.

Patients needing X-ray examination are usually referred to bordering countries like Guinea and Sierra Leone. And when borders were closed during the height of COVID-19, it made it difficult to travel for an X-ray in any of the two counties.

Ms. Pendorah Zaizay, a resident of Vionjama, says the situation is a major concern that must be addressed by the government.

“To be living a such a large county without a single functional X-ray machine is a big problem,” she said. “Referring patients to neighboring countries Guinea, Serra Leon and other parts of Liberia for an X-ray examination is really a major challenge.”

To help curb the problem, the Voinjama District Global Association in America (VODIGA) donated US$2,000 to the Telewoyan Memorial Hospital – the largest health facility in the county — in June 2020 to repair the X-ray machine that had been malfunctioning for more than two years.

VODIGA, a non- for-profit organization birthed in the United States of America, comprises of sons and daughters of Voinjama District working to “form part of the developmental agenda of their beloved District Voinjama and Lofa County at large”.

Following the donation, the Hospital informed the public in July 2020 that the X-ray was functional after procuring the “correct spare parts with US$2,000 to repair the machine”.

That news brought relief to residents, drawing massive commendations for VODIGA and the administration of the Hospital.

“Hearing that we have a functional X-ray machine in Lofa County now, I’m so happy. Thanks to VODIGA and the administration of the Telewoyan Memorial Hospital,” said Sonnie M. Deddeh, a resident of Voinjama.

Added Samuel Jallah, another resident: “This intervention of VODIGA is very timely. Government has closed all borders due to the COVID-19 pandemic and our people have been finding it so difficult to do an X-ray examination but, thanks to God for VODIGA that we can now do an X-ray test right in our own county without going out”. 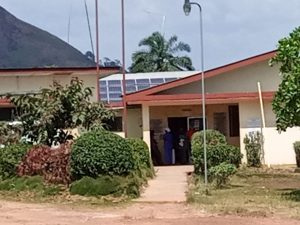 But the celebration was short lived after the Hospital’s X-ray laboratory technician announced that patients were required to procure four gallons of petroleum to be examined with the X-ray.

“The entire hospital is operating on [solar power] which is not able to put on the X-ray machine, so patients were asked to buy at least four gallons of fuel because the hospital 150kva generator burns close to four gallons in an hour, which is almost the same time it takes to complete a single X-ray test,” explains lab technician James K. Mulbah.

Despite the criticisms the decision attracted, some reckoned that purchasing four gallons of petroleum was way cheaper that traveling out of the country to do an X-Ray.

But while the public was grappling with this mandate by the Hospital’s management, on November 25, 2020 it was announced that the X-ray machine had broken down again.

“The first chemicals the Administration bought after repairing the machine got finished on the 4th of September, and they procured additional chemicals. On November 25, after mixing those chemicals, the machine came on and I started with the first patient. After two hours, the machine stopped; we tried by all means to put it on but to no avail up to present,” explains lab technician, Mr. Mulbah.

The current situation is generating concerns amongst residents, who are again wary about challenge of travelling out of the county to do an X-ray.

“This is a very serious matter, we need help on this X-ray issue,” said Anthony Mawolo of Voinjama city. “Many of us are farmers in this county and at any point in time an accident may occur, [and] not everyone can afford traveling to far distances for medical services. We strongly need a functional X-ray machine and a robust health system in Lofa County”.

For Steven Tamba, another resident of Voinjama, he hopes “VODIGA will come to our aid again” and repair the broken machine.

“They [VODICA] might be disappointed after spending whole US$2,000 from their hard-earned incomes and in less than three months the X-ray machine that was greatly helping us is down and we have gone back to the same suffering again, let God give them the heart to think about us again,” he said.

Meanwhile, the management of the Hospital is calling on the Ministry of Health, humanitarian organizations and citizens to help procure a new X-ray machine.

“Repairing the old X-ray machine is not the main problem,” explains Mr. Albert M. Colee, the administrator of the hospital. “But why if it starts giving another problem again right after spending such huge amount of money?”

Colee continues: “Looking at the number of patients that visit this hospital for X-ray services, to depend on Just one X-ray machine is indeed a major challenge. There must be at least an alternative, that if one is having problem, we can be using the other one in the main time. Remember, this is the County’s biggest referral hospital”.

The hospital two major funders are a World Bank funded project which comes through the Ministry of Health and the allocation in the national budget. But these supports do not cover the needs of the facility to ensure it effectively serve the public, he said.

Despite the need for a new machine, the County Health Officer could only assure that the old X-ray will be fixed.

“We are aware that the X-ray machine at our major hospital is down, but you can rest assure that a technician from Monrovia is coming to fix it very soon,” said Dr. John S. Doedeh, the CHO.

When asked about the need to procure a new X-ray machine, Dr Doedeh said the “Ministry has such plan in the pipeline for major hospitals across the country. But I need to check with my bosses on how soon it will be”.