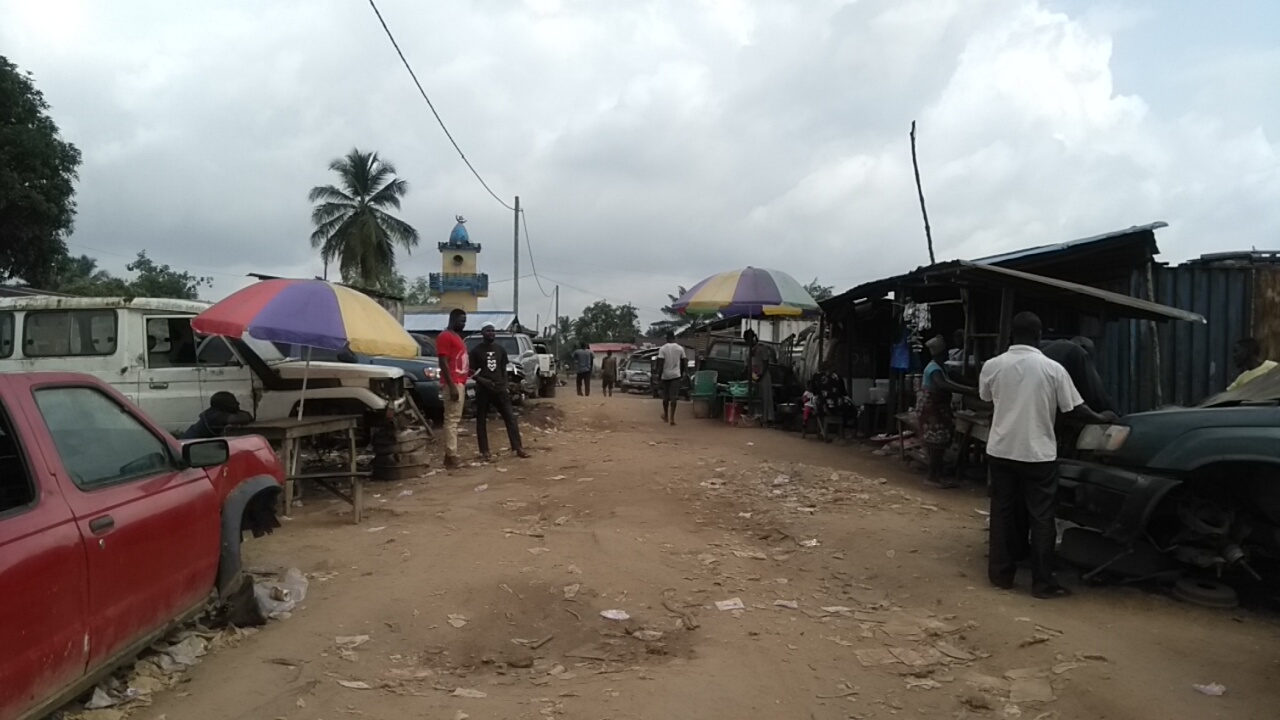 Gardnesville, Montserrado County – When the government of Liberia announced the COVID-19 Household Food Support Program (COHFSP) in March 2020, many families grappling with the economic impact of COVID-19 took a sigh of relief, hopeful the food package would alleviate the constraints.

But there have been several challenges hampering the timely distribution of the food package to households that are qualified for the COHFSP.

The COHFSP Steering Committee in its December 2020 report admitted that the “implementation had experienced delays in the beneficiary registration process” largely attributed to “documented challenges with identification and verification of the most vulnerable households”.

“The COHFSP implementation had experienced delays in the beneficiary registration process approved by the COHFSP Steering Committee, which were largely attributable to documented challenges with identification and verification of the most vulnerable households”.

These delays have cast some doubts in the minds of many potential beneficiaries although the government and the World Food Program – that is supporting the process — have been rolling out the distribution of the food package across the country albeit at a slow pace.

In the Gardnesville’s community of MKK along the Somalia Drive, Mr. Sekou Kamara, who is the chairman of the community, is pessimistic that his community will benefit.

“We have been awaiting the food distribution team for a long time now, but they won’t come. At first, we were all happy when we heard that the process had begun. Some communities such as west point, slip way, and Doe communities received their food, but since then we have not heard anything new concerning the food distribution,” he said. “It seems as if the process is over. No one is giving us any information relating to a specific date our community will be served.

“The enumeration team visited our community, and after the enumeration process, we were given the assurance that our people will benefit. Yet, we have not seen a single cup of rice, or bottle of oil.”

Like Mr. Kromah, several community members are also expressing doubts about the possibility of the food distribution in the community.

Sophia Pellue is also a resident of the MKK community. As a single mother of four children, she was hopeful of getting the “stimulus package”. But her hope is fading as the economic hardship increases since her son, who was the bread winner for the family, lost his job due to the pandemic.

“I was happy when the President announced the food distribution, because it is not easy, and things are very hard,” she explains.

“When the process began, some people visited our homes and they asked us questions relating to how many persons live in our house, and how many times we eat per day, we were also told that we would be served in the shortest possible time. Since those people left, no one has come to our community to distribute food.” 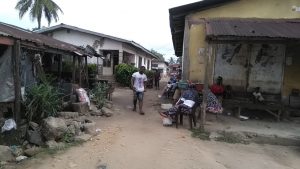 Many residents in the MKK community in the township of Gardnesville say despite the delays they are hopeful of receiving the government’s food package | Photo By: Michael Gherib

Another household head of the community, Ms. Jannebah Kawusu – a single mother of two children – was also excited when her home was enumerated although she knew that the quantity of food could not have last long enough.

Now, she is also disappointed that since the height of the pandemic she is yet to receive her food package.

“I want to tell the president that we are his people, and we are suffering. The food he promised was meant to serve us during the curfew time because we could not sell for regular hours, but we did not see the food until the curfew was over,” she said. “Right now, we still need the food, because times are hard, and food is expensive.”

Ms. Kawusu’s neighbour, Charles Willie says the food distribution is “long overdue”, but he is hopeful of receiving “our package soon although it seems the government has forgotten about our community”.

Added Mrs. Sonie Beah, another resident of MKK community: “I think the government through the food distribution team is making efforts to ensure that the process goes on despite the delay. I learned that the process has resumed in some communities around Monrovia and some other counties too.

“The food distribution team may have been faced with some problems beyond their control. I think they have settled whatever difficulties they were faced with, that is why the process is now rolling out smoothly. All we can do is wait for our time. Honestly, the process is disappointing, but we are patiently hoping the food distribution team will reach our community soon.”

The Liberia Institute of Statistics and Geo-Information Services or LIGIS is the government’s agency collecting data to inform the WFP about the targeted communities or beneficiaries, according to the structure of the steering committee of COHFSP.

“LISGIS is also in charge of activities leading to the full attainment of complete head of household listing in the country. The collected data will help inform policies and support the planning and decision-making process of government and implementing partners,” the Steering Committee stated in its report. 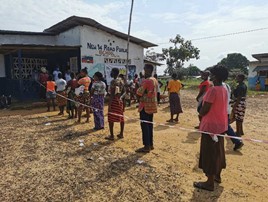 In Margibi County, qualified beneficiaries of the COVID-19 ‘Stimulus Package” received their ration in December 2020

But according to Mr. Francis Wreh, Director General of LIGIS, the COHFSP enumeration was done differently, thereby slowing the process.

“The distribution teams cannot distribute food in the absence of data. It is from the data collected by LISGIS, we are able to determine who is eligible to receive the package and who’s isn’t,” said Mr. Wreh during a Ministry of Information press briefing in late September 2020.

Amid the delays, the Steering Committee of the COHFSP stated in its December 2020 report that it has completed distribution to 134,105 households covering 375 communities and 92 welfare institutions in Montserrado County.

Despite complaints from some communities, distributions in St. Paul River district, Commonwealth and Careysburg districts commenced on December 2, 2020, the report states, adding that the process was continuing.

“Distributions to all seven clans in Todee, including Mount Coffee in Commonwealth district, were completed on 30 November. Food distribution is ongoing in St. Paul River District, and the remainder of Commonwealth District,” the report said.

“The process continues to face challenges related to data quality from the previous LISGIS enumeration. In some communities, entire blocks were omitted from the enumeration, and need to be [numerated] or re-enumerated,” the report added.