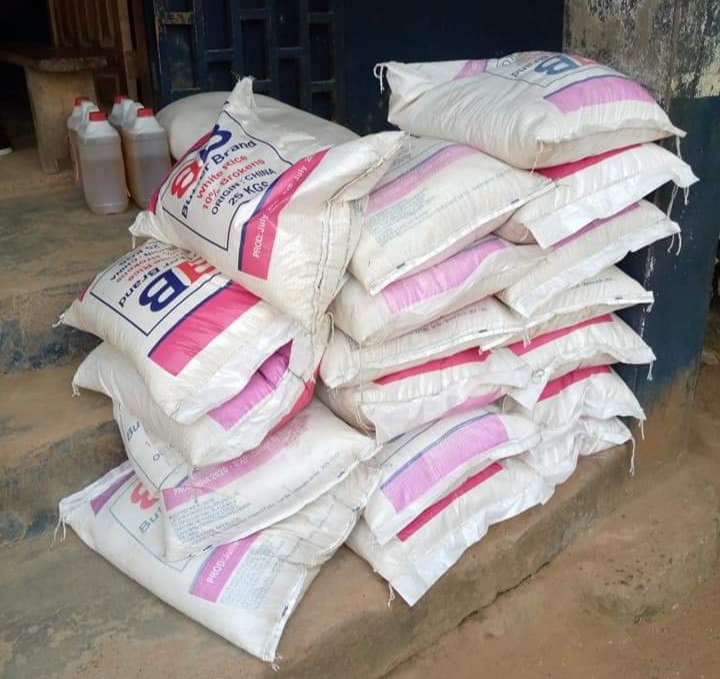 Bomi County — Beneficiaries of the government’s stimulus package in Bomi County are outraged about the alleged commercialization and fraudulent trend taken by individuals leading the food distribution in the county.

The process started January 1, with 14,000 households (vulnerable people) in the county expected to benefit from the process but it has been engulf with controversies only arrest of individuals accused of selling the food.

The Word Food Program (WFP) is leading the distribution process, which is in fulfillment of the government’s COVID-19 stimulus package for vulnerable population in the country.

At the beginning of the process in the county, accusations were directed as the office of the city major of Tubmanburg, district commissioners and community chairpersons for enumerating people unfairly.

Disappointed residents also alleged that the food distribution was being done on the basis of “political party affiliation” rather than the intended purpose.

Mariama Fofana is a resident of Damballah Community. She alleged that the enumeration process was selective and did not represent the purpose, adding that many enumerators were supporters of Coalition for Democratic Change’s candidate of Mr. Alex Tyler, who were registering people whoa re supporting their candidate.

“The people that were doing the registration I know them, but I don’t know their names. They were doing pick and choose,” she alleged.

An elderly woman, Konah Varney, who lives in Gbalasuah Community in Tubmanburg, claims she was left out although she is qualified for the package. She and several other  elderly women said they were depending on the COVID-19 stimulus package for the festive season but were let down. She accused enumerators of demanding bribe.

Ma Konah explains: “During the time the people came to register us, they say we must pay $100 Liberian dollars and some people pay L$250 just to get our name on the list; and some of us go in the street to beg before we get something. But seeing us out is not fair and they are even selling tickets to people today for $ 1500 dollar and even more than that.”

The Government had earlier announced that the food package is intended for the most vulnerable people including single mothers, elderlies, and people living with disabilities, among others.

“We are actually feeling bad and embarrassed seeing the main people who are not able to afford being left out of this process; we live with our people and we know them,” Ross said.

“Our people are blaming us – why we didn’t register them? We are apologizing to them to be calm because the City Mayor Mr. Obediah Varney sent his own people to come and do the enumeration in the various communities though we were behind them, but we were not given the opportunity to our people.”

But Tubmanburg City Mayor Obediah Varney disagrees with the community leader’s claim, switching to the blame to the WFP and and the very community leaders for the problems. He, however, admitted that he deployed people to do the enumeration.

“There are more challenges in the process and those that were sent to do the enumeration are the ones creating the problems. We gave the community leaders the chance to identify the most venerable people in their areas because they live there and know their people and that was why I was not part of this whole process,” Mayor Varney said.

‘Special Package’ for People with Disabilities

In the wake of conflict that have engulfed the stimulus food package distribution, not much has been heard concerning people living with disabilities – who are also qualified to receive the package.

But Mayor Varney told LocalvoicesLiberia that the WFP has assured of a “special package” for them.

“I don’t know when WFP is going to start the process and people who came in contact with the virus should have been part of this stimulus package,” he added.

On Tuesday January 5, 2021 police made additional arrest of two trucks containing 800 bags of 25kg rice, each truck carrying 400 bags. According to police investigation, the rice was meant for the people of Beajah, but was later diverted to Monrovia on alleged instruction of Senjeh District Commissioner Madam Maima B. Free and a man named Charles Ford.

Commissioner Free has denied any involvement in the alleged crime, terming the allegation as politically motivated.

“I am not aware, and I am not in the know of any rice going to Monrovia. I only sign for the food and later called that the truck was leaving but I did not know that food was taken back to Monrovia. I believe that this is very political, and I am a woman of integrity,” she said. 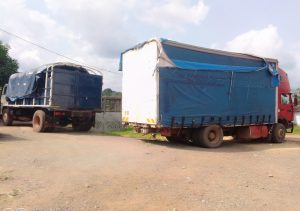 So far police have charged and sent to court Varney Mckeever and Titus Nabie of the Tubmanburg City Corporation, Sadatu Keita and Joseph Swarary to face justice.

The situation prompted a strong response from former Senjeh District Representative and now Senator of Bomi County, Hon. Edwin Snowe, warning that anyone found culpable must be prosecuted.

“It is disheartening to see people being denied of having their food. Those involved in selling stimulus package coupons to our people in Bomi County as well as those stealing bags of rice intended for our people should get ready to face the law. Be reminded that the Legislature opens on January 11,” Hon. Snowe said in early January.

“I have spoken with the president on this matter, as a matter of fact he even saw my post and called me and asked me about it. The Ministry of Justice and the Ministry of Internal Affairs have been instructed by the president to look into the case and send to court all those involved.”

At the same time, County Police commander Col. Gustine Hallie has assured the public that all those connected to the rice saga will be dealt with in connection with the laws of Liberia.