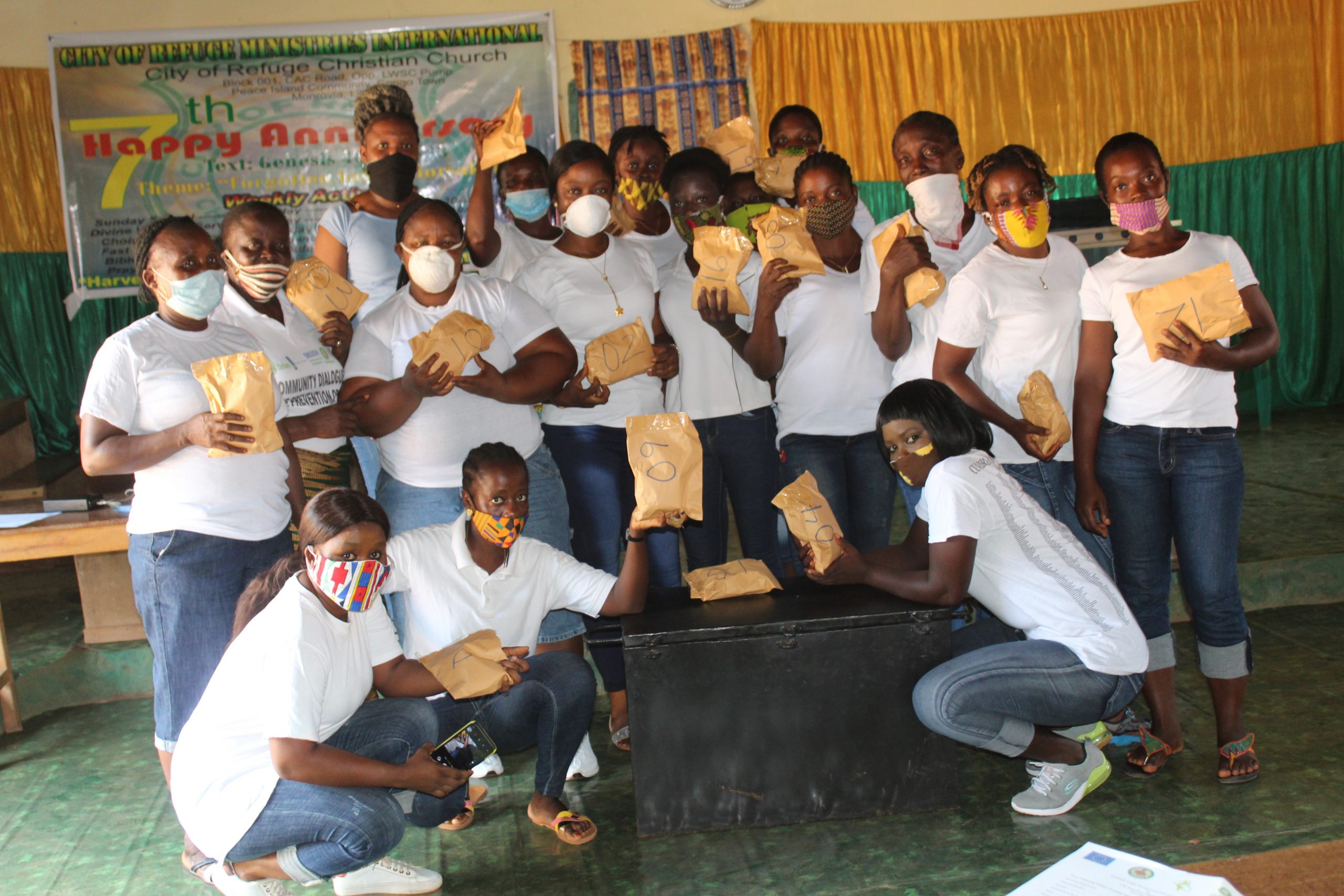 Monrovia – As Liberia’s economy continues to nosedive, 19 women have benefited from the Kwekardo Village saving loan program organized by the Organization for Women and Children or ORWOCH.

The women who are mostly single parents and struggling marketers living in the Peace Island Community in Congo town joined the program in 2020 where they obtained loan to support their children and markets.

The Program Officer of ORWOCH, Musu Kamara said the initiative which is funded by the European Union and OXFAM is part of efforts to promote economic empowerment for women across Liberia.

According to her, one the main reasons why violated are perpetrated against women is because they are not empowered economically which many men see as a burden, something the loan scheme intend to address.

The ORWOCH Program officer added that the project is aimed at enhancing women economic empowerment to contribute to their homes and assist in supporting their families.

She believes that the Kwekardo Village Savings loan scheme embarked upon will also help bridge the economic gap faced by women and give them better opportunities for a sustainable future.

The ORWOCH Program Officer was speaking recently when her organization distributed over sixty eight thousand Liberian dollars to the 19 women who have been part of the loan scheme since June 2020.

“If women are to confront their challenges and compete with their male counterparts in addressing financial issues, they must be empowered economically which this program is providing,” she added.

She thanked the women for successfully participating in the program and called on them to extend the skills generated from the loan scheme to other women throughout Liberia.

Speaking on behalf of the participants, Madam Yassah Seh, a bitter ball seller hailed organization for women and children and partners for the initiative adding that it has helped her to improve her business.

“Before the program, I used to buy my bitter ball small – small but now I can bag bags because the program has given loan to safe and improve my business to support my family, Madam Seh asserted.

As for Benetta Kissay revealed that prior to the program, she was managing a small table market but that has now change to the purchasing of bags of pepper, gallons of oil and assorted food items amongst others.

“Most times men can take advantage over us because we don’t have money but since this program came in this community, I have been able to build my business and support my kids in school,” she added.

Madams Yassah and Benetta thanked ORWOCH and urging other women from other parts of the community to join the ORWOCH loan program if women are to be economically empowered.

Meanwhile, the Organization for Women and Children (ORWOCH) was established in 2013 and into women political participation, economic livelihood, skill building, advocacy for children and women rights and raising awareness on sexual gender based violence amongst others.