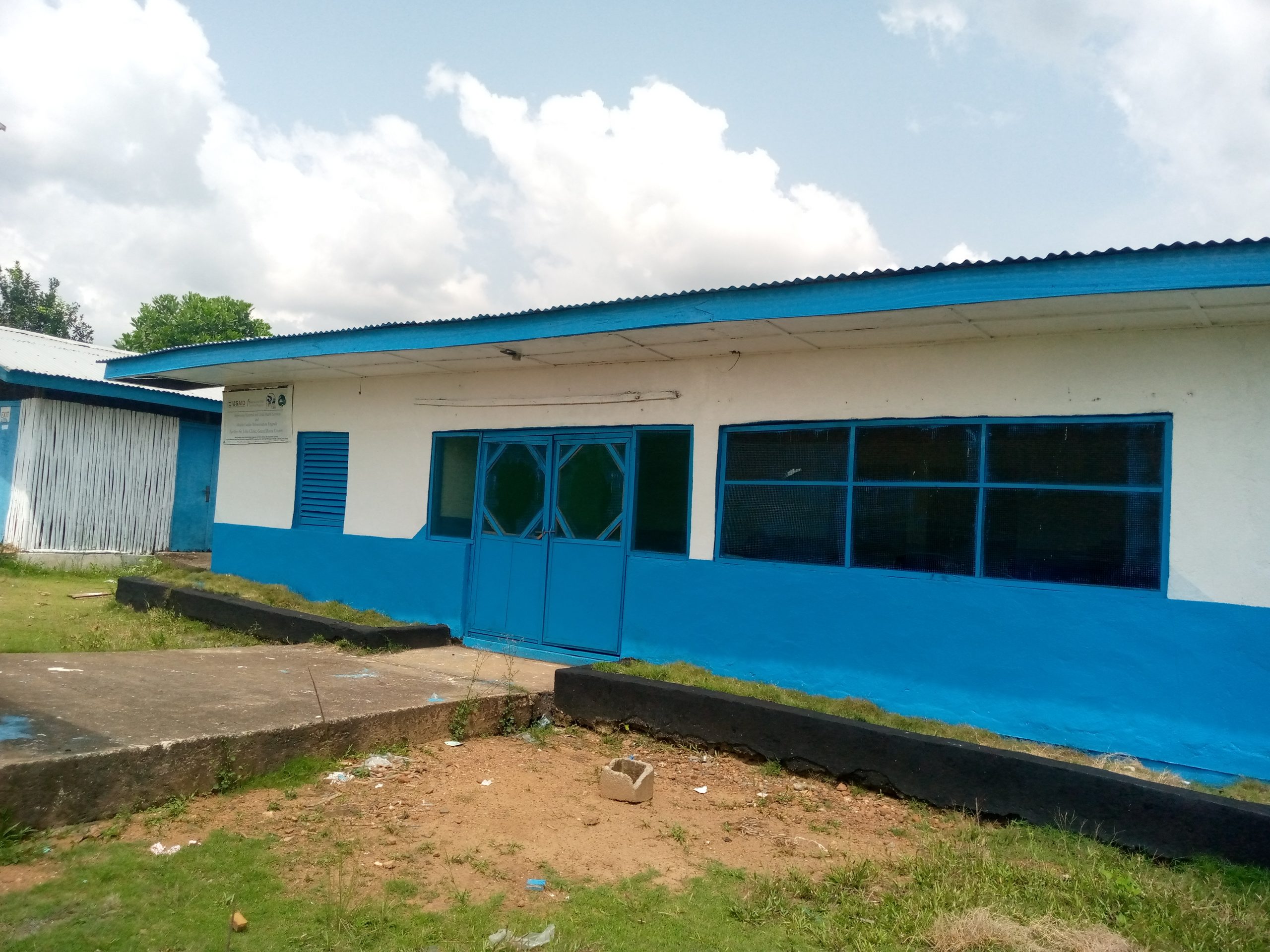 Buchanan City, Grand Bassa County – Residents of the town of Forts Ville have alarmed the closure of the only government-run clinic in the district as health workers refused to work after a resident threatened them.

According to the Community Health Committee (CHC) Chairperson, Madam Robertetta Harris Reeves, the closure of the clinic came after a threat from one Ben Reeves who had carried his child for treatment at the clinic during the peak of the coronavirus pandemic in July 2020, but he was mandated by the Clinic Officer in Charge (OIC) to wear nose mask before entering the clinic, something he vehemently rejected.

“When the man left with his son, after few days he returned at the clinic with a disturbance, going as far as threatening the health Workers assigned at the clinic, and after some days the clinic registrar died from a neck pain,” Madam Reeves explains.

“The death of the clinic registrar created fear amongst the clinic staffers, and they abandoned the clinic since July 2020 for the fear of their lives.”

The CHC chair said that prior to the departure of the health workers from the clinic, they (the clinic staffers) informed residents of Forts Ville that they will only return if the clinic is fenced.

“According to them when the clinic is fenced it will prevent unauthorized individuals from entering, something they said will help in protecting their lives,” Madam Reeves said.

“Due to the assertion from the health workers, citizens of the area convened a meeting in the same July 2020 to discuss the forward match of the clinic and it was agreed upon in the meeting to fence the clinic with reeds but to no avail.”

She also pointed out that the abandonment of the clinic has caused serious predicament for the more than 10,000 people the clinic serves.

Ben Reeves was later arrested, tried at the St. John Magisterial Court and was set free.

Meanwhile, residents of the catchment communities that the clinic serves have said that the delay in fencing the facility is prolonging the reopening of the clinic.

“All we can do now as people who are in need is to go in the bush and cut reeds and fence the clinic,” says Joseph Blow, a resident of Fort Ville, adding that the “willingness and cooperation is lacking among” residents which is causing the setback for the construction of the fence.

Another resident, Mercy Davis, who lives close to the clinic and is affected by its closure, backed the health workers’ decision, adding that more than two health practitioners have died in District #2 following the alleged threat.

“We’ve been experiencing this in the district, and I think our government and traditional people have to step in,” she said, stressing that for the community to be without a clinic poses a serious health risk to women and children amid the coronavirus pandemic.

“I can tell you for free that since the closure of the clinic people including pregnant women have met their untimely death,” she said. “It is worrying to be in a health crisis as people and the only clinic we’re depending on as citizens from an impoverished background has been closed for over six months.”

Mayor James E. Brooks of the St. John River City admitted residents have being uncooperative thereby causing the delay in the reopening of the clinic. However, he disclosed he has purchased food and other items to ensure the fencing of the clinic.

“Let me assure all of you that from now to the 15 of February 2021 the clinic will be fenced and reopened,” Mayor Brooks promised, assuring that his administration will work to avert a reoccurrence of threat against health workers.

“Right now, we are working out modalities so that when the clinic is fenced and the staffers return, the citizens and the health workers will have a peaceful and happy coexistence,” he said.

“Though our health workers took oath to save lives but that does not in any way subject them to endanger their own lives,” Dr. Wheh said, while cautioning residents of Forts Ville to put their differences aside and work to fence the clinic.

Dr. Wheh stressed that “it is dangerous to have the only clinic in the community closed because apart from this current global COVID-19 crisis there are other diseases that are affecting the citizens”.

He encouraged residents and authorities of St. John River City to fast track the fencing of the clinic to have active health care delivery system.