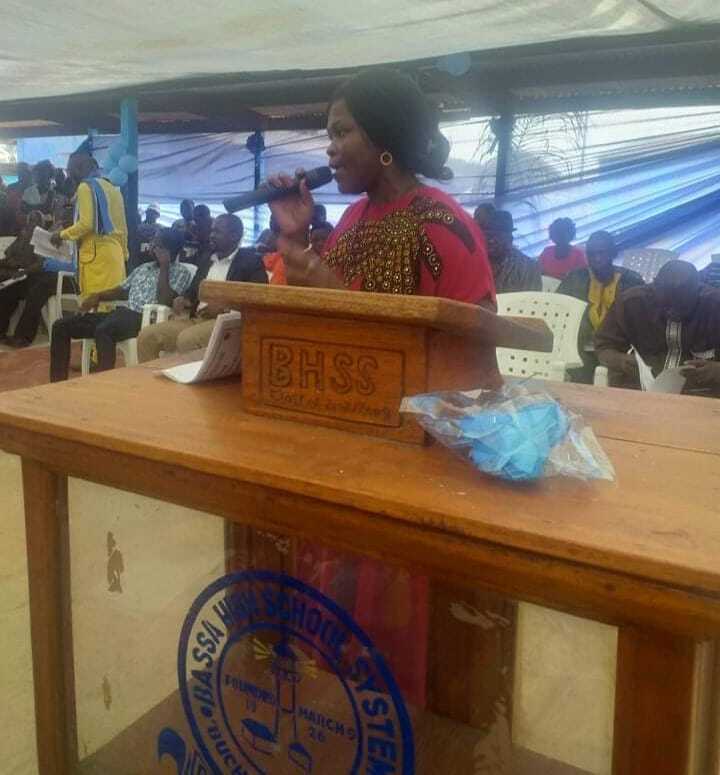 She made the disclosure during the 95th graduation ceremony of the Bassa High School in Buchanan City on January 3. Madam Harris, who finished fourth out of eight candidates, told the graduating class that “it is time to invest in the youthful generation”.

“Education is vital to ensuring a better quality of life for all children and a better world for all people. But if girls are left behind, those goals can never be achieved,” she said.

“Educating girls yield spectacular social benefits for the current generation and those to come. An educated girl tends to marry later and have healthier children”.

Madam Harris mentioned that leaders of the county need to seriously invest into the younger generation by ensuring that money gets into the budget for the future leaders.

“I went through the entire graduating class listing, I got to understand that a very little number of the graduating class wants to study Arts and Geology. I was touched seeing girls forming part of the number and so I want to say that five girls will benefit scholarships from me,’ she said.

The former senatorial candidate, at the same time, encouraged leaders of the county to work together to invest in the future leaders through education.

“Our youths are not benefiting because the leaders aren’t working together but they need to work together and ensure that money gets into the budget,” she said. “Development is not one person thing but the collective efforts from everyone. Our leaders need to understand this and invest in the future leaders”.