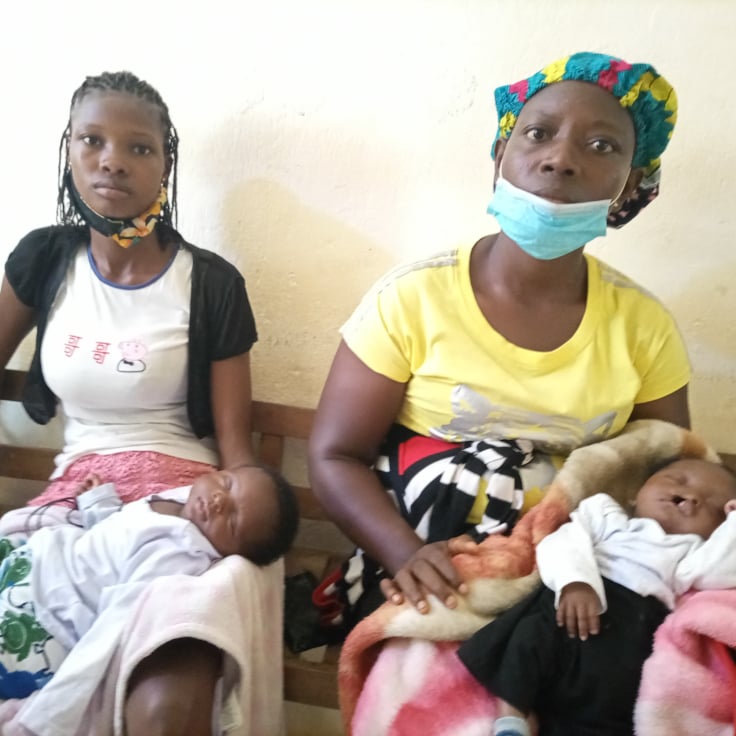 Harper, Maryland County —  It was on a bright Wednesday morning, when several mothers and fathers gathered at the Eye Clinic department on the main compound of J.J Dossen Hospital in Harper city to present their children for free cleft lip surgery.

These parents were hopeful that a successful operation would mean that their children will not be stigmatized again in their respective communities.

Mary Toe, 27, took her four-months-old baby for the surgery. They had traveled from New Pleebo, which is about 120 kilometer away from Harper. Hours after the surgery she couldn’t hold back her joy.

“Thank God, his operation was successful and I hope he will get even better treatment. There is clear change, because initially the lip was opened but it has been corrected. I expect a lot more improvement but for now, he is healthy and will get better,” she said.

The free surgery, which lasted for three days, was being conducted by Oral Health Advocacy- OHAL in collaboration with the Maryland County Health Team.

Oral Health Advocacy Initiative is a Pan-African Non-Governmental Organization that was established with a mission to advance the course of oral and dental health delivery in Africa, through advocacy, strategic partnership, and community mobilization.

“We are not only conducting the cleft surgery and we have also trained health workers of J.J Dossen Hospital on how to care and conduct cleft lip surgery,” said Dr. Aben.

“Children and adults who are living with these defects are confronted with series of difficulties in the communities, including stigma and discrimination by the members of the communities. They are also confronted by direct complications such as difficulties in feeding, ear infections and hearing loss, dental problems, and speech difficulties among others. It is our aim that everyone would have adequate knowledge on these deformities desist from harmful practices such as excessive alcohol intake, tobacco and to encourage pregnant women to go for regular medical check-ups”.

According to Dr. Aben, Cleft lip is a condition that occurs when a baby’s lip or mouth does not form fully during pregnancy. It can either be a small or large opening that goes through the lip to the nose, making feeding and speaking difficult and even cause stigmatization of the person.

“The child cannot play with other children, the children cannot go to school, he or she is not comfortable with neighbors and when grow up they can’t marry or get married easily and after that they find it difficult to get work because some people cannot employ them of their health status, so when we do one cleft lip we solve the problem for the family of the children”.

The Three-day cleft operation has benefited about 45 patients — some of them from other counties in the southeast region of Liberia.

All of the parents of these patients could not hold back their excitement after the exercise appeared largely successful.

“When I gave birth to Annie Karmanu, my daughter and a Cleft Patient in late 2020, and discovered that her mouth was opened so I immediately called the nurse at that time to find out what was the cause, and they told me that my daughter has a cleft lip, I immediately feel discouraged,” explains Victoria Kamanu, 34, of Harper.

She said the surgery was “timely and has given hope to many other parents”.  “I am very happy that my child’s mouth can be reconditioned by these Doctors,” she added.

For him Mark Wilson, 21, who had a cleft lip, he is now thankful to the doctors after the surgery.

“Sometimes I can feel embarrassed and ashamed of myself, and ask God: ‘questions why I should come on earth with this kind of sickness’?” asks the student of J.S Pretty High School in Harper. “At some point in time I almost lost hope because of the constant stigmatization from my peers.

“I am grateful that I was successfully operated on by these doctors today, I can now go in my community and play with my friends without being afraid anymore”.

Dr. George, however, outlined some of the causes of the deformity in children with cleft lip.

“These happen when parts of the developing face fail to fuse in the early months of pregnancy. Cleft lip affects the facial appearance of a child and it is not a well-known condition, especially in the rural communities. Oftentimes, when babies are born with any form of deformity, including cleft lip, they are assumed to be cursed. Sometimes they’re accused of being witches, and most often, these children are literally thrown into the jungle to die to avoid the wrath of the gods,” he explains.

He then cautioned pregnant women to be careful with what they consume, while those aware of the existence of the deformity within their family lineage should inform health workers during routine clinic visits.