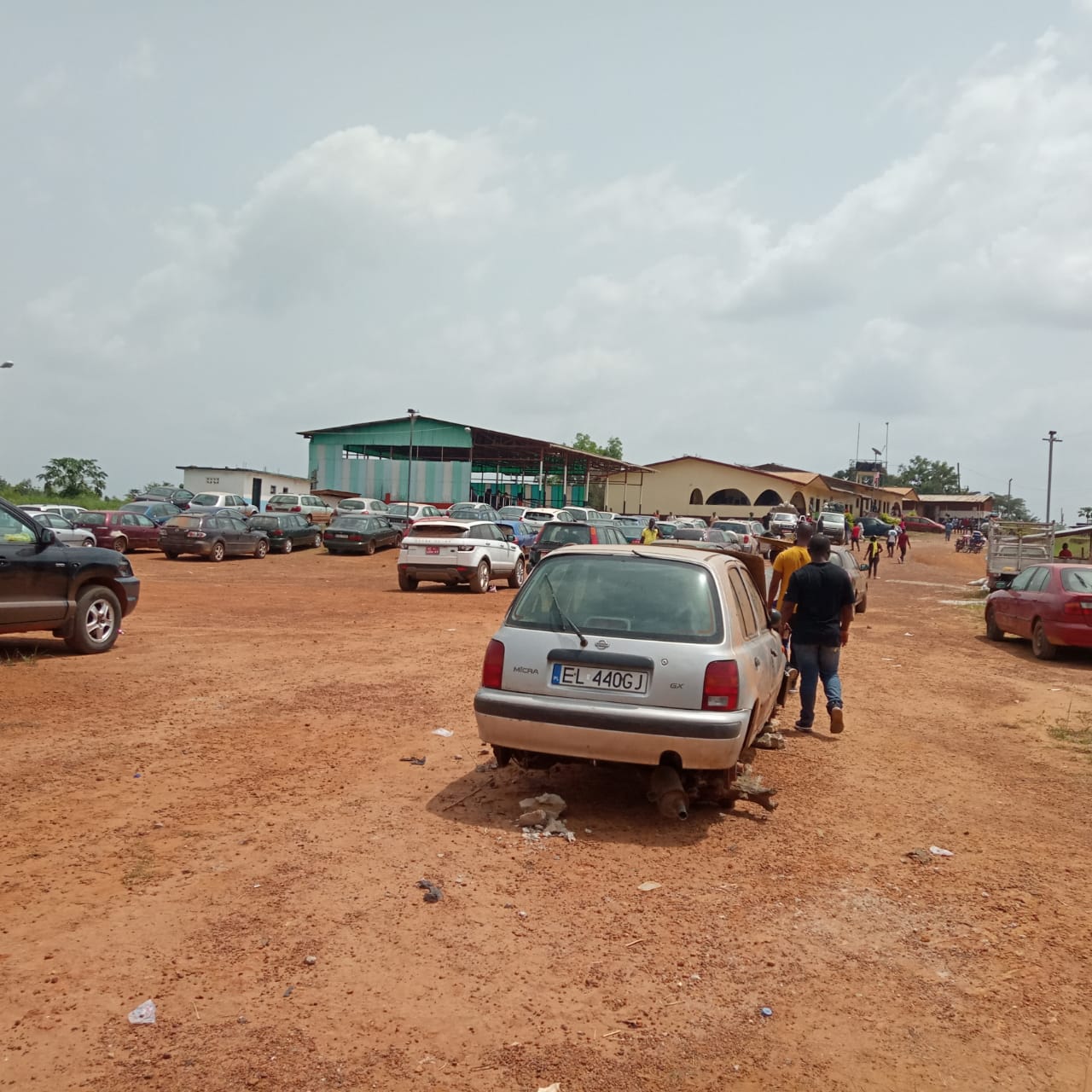 Ganta, Nimba County — Kelvina Kehzie, 25, still clearly remembers how her mother died from the Ebola Virus Disease in 2014. She’s now a single mother and a resident of Small Ganta — a town a couple of kilometers away from the Liberian’s official border with the Republic of Guinea.

During the 2014 Ebola outbreak in Liberia, the town was considered an “epicenter” of the outbreak in the Ganta area, and it was the community that recorded the first confirmed Ebola death in Nimba County.

Ms. Kehzie recounted her dreadful memory to a visiting reporter a day after the government recently reopened the border.

“So, when the test results came and it was confirmed that the lady (name withheld) died from the virus, we became scared. We were not sleeping in the same room with our mother. She started showing all of the signs and symptoms of Ebola a few days later. This went on for several days before she finally died.” Ms. Kehzie says she lost her mother to the Ebola virus disease during the 2014-2016 epidemic. She is now worried about the risk of reopening the border with Guinea l Photo By: Joseph solo, Jr.

After the death of her mother, Ms. Kehzie and the rest of her family experienced several months of unprecedented stigmatization. She had just given birth to her child so the situation made life difficult for her.

The single mother is now apprehensive that the reopening of the border with Guinea, which has recorded more than a dozen Ebola cases, is risky for residents living in rural communities along the border.

World Health Organization officials said on March 5 that the risk of an Ebola outbreak spreading from Guinea to its neighbours was “very high” and that some neighbouring countries were not prepared for outbreaks or for future vaccination campaigns, according to Reuters news agency.

“There are six neighbouring countries to Guinea and we conducted an assessment of readiness. Two of the countries are not ready and one is borderline and there are three countries more or less ready,” the WHO’s Regional Emergency Director Abdou Salam Gueye said by video conference from Guinea.

Despite the concern of people like Ms. Kehzie amid the disclosure by the WHO, most traders of the commercial city of Ganta have welcomed the reopening of the border. Being a city close to the border, residents there heavily depend on cross border trading to fuel the local economy.

Princess Tokpah, a cross-border trader and single mother of six, says keeping the border closed would not prevent the spread of the virus to Liberia.

Although Ms. Tokpa’s spouse abandoned the relationship due to stigmatization after she lost her mother along with 13 other family members during the 2014 Ebola epidemic, she insists that closing the borders would rather create unbearable economic constraints than preventing the virus.

“Closing the borders is not the solution to fighting the virus. I’m happy for the opening of the borders; but that should not be the end,” she said. “Government needs to deploy security forces at the illegal crossing points and reinforce health protocols at the recognized entry points. Government should also start ‘social mobilization’, like what we saw in 2014. That will help us instead of closing the borders.”

D. Nelson Sonpon, a vendor at the Liberia-Guinea border, also claims that shutting the border has not been implemented honestly by security forces.

When the border was closed in March, 2020, people were still using the official crossing point in Ganta, including the unofficial and illegal ones, he alleges. Sonpon, a vendor at the Liberia-Guinea border, says keeping the border open will avert the unregulated use of unofficial porous borders which makes effective surveillance impossible l Photo By: Joseph Solo, jr.

“There was no point in closing the borders when people were still passing here and there”, he added. “The only solution is for the government to strengthen health protocols at the official and unofficial ports of entry and prop up security presence at the illegal entries”.

The Deputy Commander for the Liberia Immigration Service in Nimba County,  Joshuah F. Laiyee had earlier announced that the decision to officially reopen the border was to prevent “travelers using the illegal entries and by-passing health protocols” to use the official borders, where they can be monitor.

He indicated that during the closure of the border, commuters were illegally using the unrecognized entry points, adding that “Some of them placed some of our border patrol men under  gun point one time and the situation was alarming.”

Laiyee continued: “Now that the border is opened, the border patrol mechanism will concentrate on the illegal entries and we will deploy armed men to protect those areas. The two official and five sub official entries between Liberia and Guinea will be strictly monitored and armed men will be placed at the porous entries”. A man washes his hands at the Liberia – Guinea border near Gnata, Nimba County l Photo By: Joseph Solo, Jr.

Meanwhile, Nimba County Health Officer, Dr. Nettie Joe has assured that health protocols at the borders are “sophisticated” while urging Liberians “to have faith in the health system, especially at the Liberia-Guinea border”.

Dr. Joe added that the County Health Team has been working with partners, including the World Health Organization (WHO)  and the the International Organization on Migration (IOM) to step up surveillance at the border and institute preventive measures through the construction of hand washing facilities and the procurement of Thermoflash to check the temperature of all travelers.