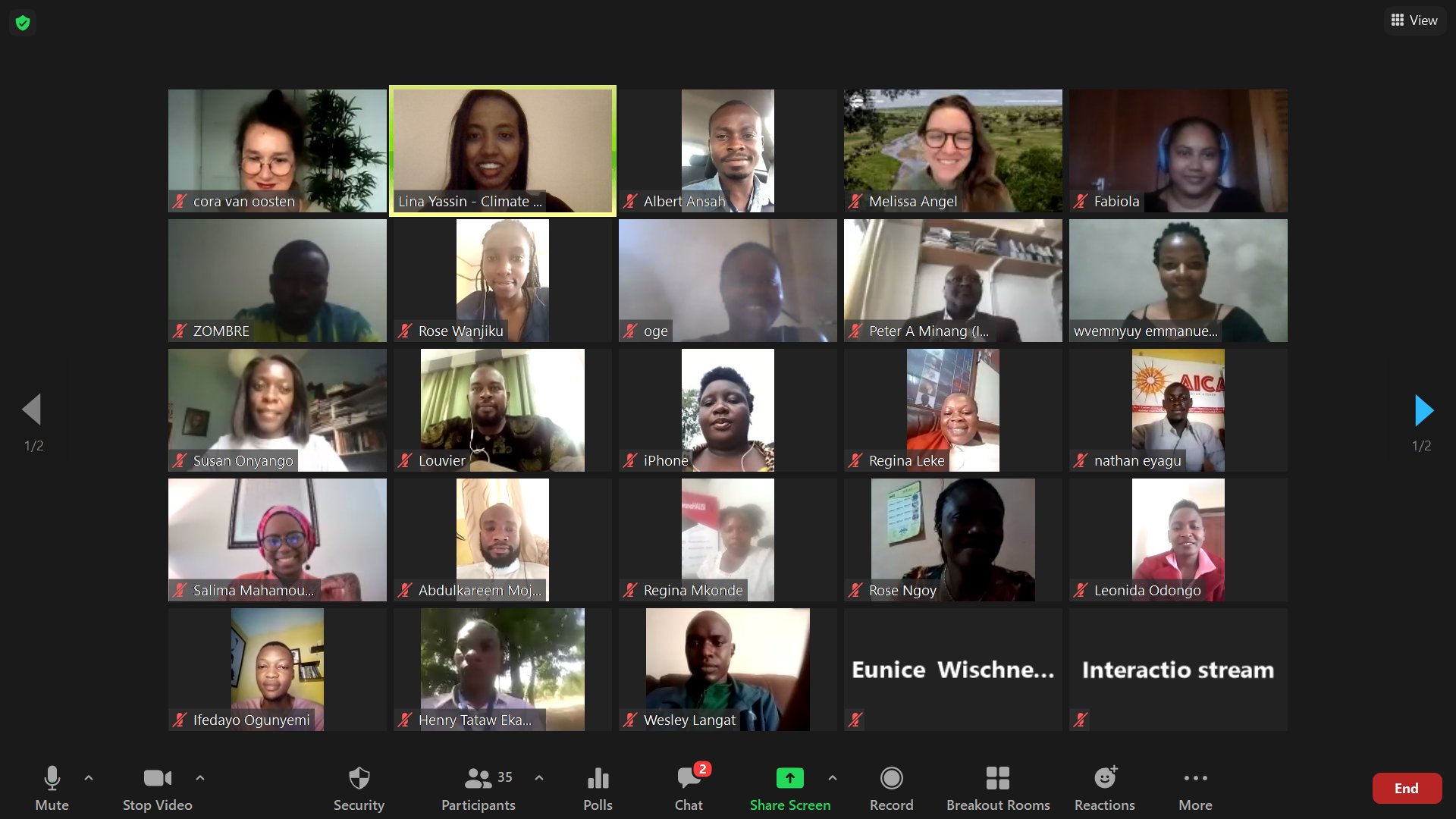 Monrovia — Amidst efforts to find solutions to sustain Dry Lands in Africa, Climate Tracker have made it possible for 50 young journalists from 23 African Countries to form part of a three-week webinar dry land restoration training fellowship during which the need to prioritize and restore Africa’s Dry Lands was hugely emphasized by experts.

The three weeks virtual training will help journalists acquire full knowledge on how to report environment and climate impacts, precisely dry lands restoration and to become abreast of these challenges ahead of the Global Landscape Forum (GLF).

The first ever virtual GLF conference which will be held from June 2-3, 2021 under the theme “Restoring Africa’s Dry Lands” will focus on how integrative restoration practices can see them flourish once again.

The training, however, covered several topics and sessions some of which include: Ideation to Story, Media Analysis, Basics of Investigative Journalism, Field Reporting and Thematic Module.

Speaking Thursday during the thematic training, the head of Deutsche Gesellschaft fur Internationale Zusammenarbeit (GIZ) Forest4Future Project, Madam Susanne Wallenoffer said the media should place the topic and the importance of restoring forest and degraded lands on the political agenda, by reporting on these issues and do agenda setting as well as raising awareness among the communities and the general public on the potential that restoring degraded lands forests has for everyone.

“You journalists also play an important role in championing the success stories that are out there, on grounds that we all know our happenings and to spread the information and those successes, with all these, the training is a great initiative by the Global Landscape Forum, Climate Trackers and partners to host such a media training. I look forward to the benefits,” Madam Wallenoffer stated.

Also giving his expert view on Africa’s land degradation and restoration, the Principal Scientist of the Center for International Forestry Research and the International Centre for Research in Agroforestry (CIFOR-ICRAF), Mr. Peter A. Minang noted that land degradation is at the result of deterioration or loss of productive capacity of soils.

He quoted the Global Environment Facility (GEF) as saying “degradation is the reduction in capacity of land to deliver on biological, economic and social services”.

According to the Climate Expert, the GLF, Climate Tracker Drylands Restoration project is basically focusing on Africa because a lot of Africa lands are Drylands and they are quite vulnerable to land degradation as a result, millions of hectares are already impacted by land degradation, pointing out that 45% of Africa land areas have been affected by desertification and 55% of these areas are at high or very high risk of further degradation.

Further elaborating on the effects of land degradation in Africa, he said that land degradation happens when land is being intensely used, for most part, land degrades from intense Agriculture usage, however, it is also attributed to infrastructure extension, wood extraction and related activities, increased aridity, demographic factors, technological factors and institutional factors among others.

“Growing population poverty and poor governance stand out as significant indirect drivers, to named a few, land tenure issues, corruption, poor enforcement of land laws, weak incentives such as economic and behavioral,  poverty is still a big driver of shifting cultivation and extensibility of agriculture,”Minang explained.

However, Dr. Minang stated that there is still hope, “we can slow down and or reverse land degradation in Africa, making reference to African Forest Landscape Restoration Initiative (AFR100). He said that AFR100 will accelerate restoration to enhance food security, increased Climate Change resilience, mitigation and combat rural poverty, targeting restoration of 100 million hectares by 2030 and 30 Countries have already pledged 126 million hectares.

For her part, the World Resource Institute Associate Researcher, Madam Salima Mahamud told journalists that ignite land degradation has common environmental impacts which she attributed to low productivity, giving a case study of northern Mali, when lands are degraded they produce an average of 320kg of millet compared to 535kn/ha if the land was restored and Greenhouse Gas (GHG) Emission levels were reduced.

During her presentation she noted that GHG between the years 2000-2009 land degradation was responsible for annual global emission of up to 4.4 billion tons of Co2, carbon storage in addressing land degradation could provide more than 1/3 of the most cost-effective GHG mitigation activities in Africa.