Is Senator Nyonblee Karnga-Lawrence the Lady with Agnes Taylor in the Widely Circulated Photo on Facebook? LVL Checked. 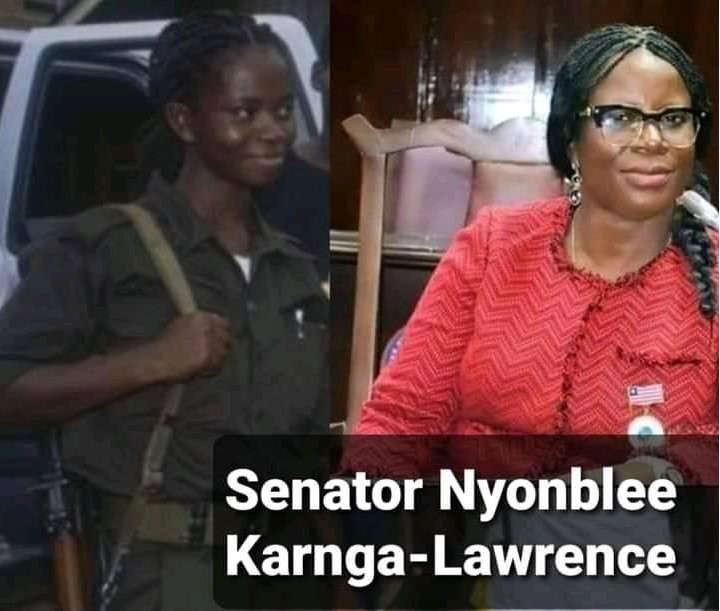 Monrovia – A photo has been circulating social media recently with some Facebook users claiming that the lady on the left with a firearm is Grand Bassa County Senator Nyonblee Karnga-Lawrence.

The photo resurfaced on social media following heated arguments between Montserrado County senator Darius Dillon and Nimba County Senator Prince Johnson. The war of words between the two senators began after the Montserrado County senator called on the Senate to revisit a communication from the President requesting the senate’s advice on the establishment of the war and economic crimes court.

Then the photo showing two women dressed in military regalia surfaced on social media with several social media posts claiming that one of the ladies in the photo is Senator Karnga-Lawrence.

But a fact check done by Local Voices Liberia has established that the lady in the photo making rounds is Cecelia Lewis, the former chief of Task Force in the administration of Charles Taylor, and not the Grand Bassa County Senator. The other lady on the right in the photo is Madam Agnes Taylor, ex-wife of former Liberian president Charles Taylor.

Lewis died in a plane crash while in route from Maryland to Monrovia after concluding an investigation into allegations of ritualistic killings in that county.

Further fact check also revealed that the photo was taken on August 17, 1990 by Patrick Robert/Sygma a photographer with Getty images. LVL checked and can confirmed that when the photo was taken Senator Karnga-Lawrence was 22 years old having been born on July 2, 1968.

The claim spread by some Facebook users is misleading and therefore call on the public to be on the alert and always verify information, photos or claims whenever they are shared.

Below is the original image taken by Patrick Roberts Getty images. 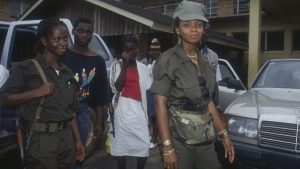