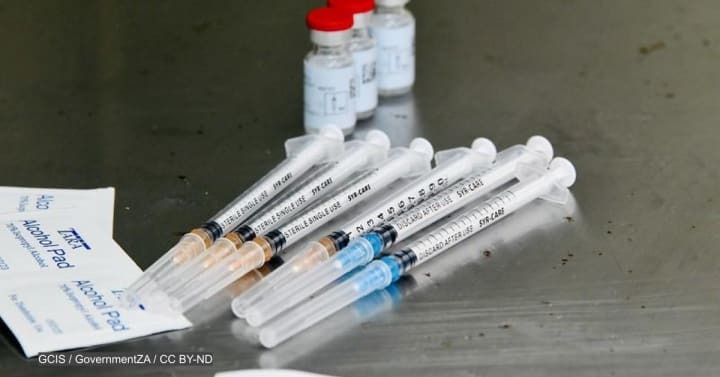 Monrovia — The Ministry of Health (MOH) in collaboration with partners on June 1, 2021 officially launched phase two of the COVAX Vaccines immunization at the Ministerial Complex in Congo Town.

Phase two of the vaccination is aimed at targeting previously vaccinated persons for the completion of their respective dozes.

“The importance attached to this second doze is that it will give the 100% protection against the virus. We need to vaccinate approximately two million people”, Dr Wilhelmina Jallah said at the launch.

The first phase of the COVAX Vaccination exercise, which is still on going at various designated health facilities in the Country, has met its goal as over 56,000 persons have been vaccinated against the virus since the official launch of the nationwide vaccination exercise in April of this year.

“We are very much excited with the first phase of the vaccination, because had lots of individuals and institutions pulling for the vaccines, including churches, Mosques, schools, organizations, etc.” Dr. said. “We appreciate everyone who have participated in the process, including those who are yet to be vaccinated”.

As a way of ensuring that the Ministry meets its targets, Dr. Jallah said her team deployed a strategy by engaging stakeholders at all levels of the Liberians society for the common good of minimizing the spread of virus, and at ensuring that citizens take advantage of the vaccination process.

“Well, as we speak, we have recording over hundred plus persons for this second phase,” the Liberian Health Minister disclosed.

Meanwhile, the Liberian Health Minister named John F. Kennedy Medical Center, Redemption, J.D.J., and 14 Military hospitals as public health facilities where the immunization will be administered; while SOS, Catholic and ELWA Hospitals, as well as the UN Clinic were among few private health facilities labeled for the vaccination.

“All of those places we started the vaccination are maintained…Please good back to where you took the first doze to get your second doze. We don’t you to go the places we’re giving the second doze, so if you didn’t take the first, we want to subject that you go to the Ministry of Health or EOC at the old maternity Center on Capitol Bypass where we will be giving the first doze. But the previous that we announced will now be administering the second doze. Do not forget your vaccination card,” she informed.

Also, Dr. Jallah admonished Liberians from all walks of life to join the immunization campaign so as to keep safe from contracting the virus.

“We are calling on all Liberians and foreign residents alike to join us in this campaign in order to end this global pandemic. They are saying ‘pandemic’ because this virus is all over the world, which Liberia is of no exception”, she averred.

As a way of exemplifying altruistic leadership and demonstrating how safe the vaccines are, Liberian Health Minister Dr. Wilhelmina Jallah was also first to be immunized on camera, including Dr. Peter Clement, WHO Country Representative to Liberia and other high profiled government officials as well as other participants who graced the occasion.