COVID-19: What You Need to Know about the Delta Variant

Monrovia — Liberia has recorded 4,304 confirmed cases of COVID-19 since March 16, 2020. Currently, 1,783 of this number are active cases. The new wave of the pandemic has hit the country hard as questions about the Delta variant continue to ponder the minds of many Liberians. This is what you need to know about the Delta variant.

A variant is the consistent changes a virus makes through mutation, and new viruses are expected to occur over time. A variant has one or more mutations that differentiate it from other variants in circulation.

According to the U.S. Centers for Disease Control and Prevention (CDC) the Delta variant (B.1.617.2) was first discovered in India in December 2020. The World Health Organization (WHO) has said the earliest documented samples were found in October 2020 in India. This variant has since spread internationally and is contributing to the new wave of the pandemic. 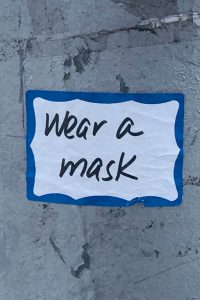 A study published in The Lancet on June 14, shows that the Delta variant is associated with approximately double the risk of hospitalization compared with the Alpha variant, particularly among individuals with several other comorbidities (additional or underlying health conditions). Also, Chinese Doctors are reporting that patients infected with the Delta variant “are becoming sicker and their conditions deteriorating more quickly than the patients they treated at the start of the pandemic”.

The Symptoms: Unlike the baseline COVID-19 virus and other variants, the Delta variant has three different signs and symptoms.

Important: If you are experiencing these signs and symptoms go for testing. Wearing mask and vaccines offer good protection against the Delta variant and it is a good way to stay safe and protected.