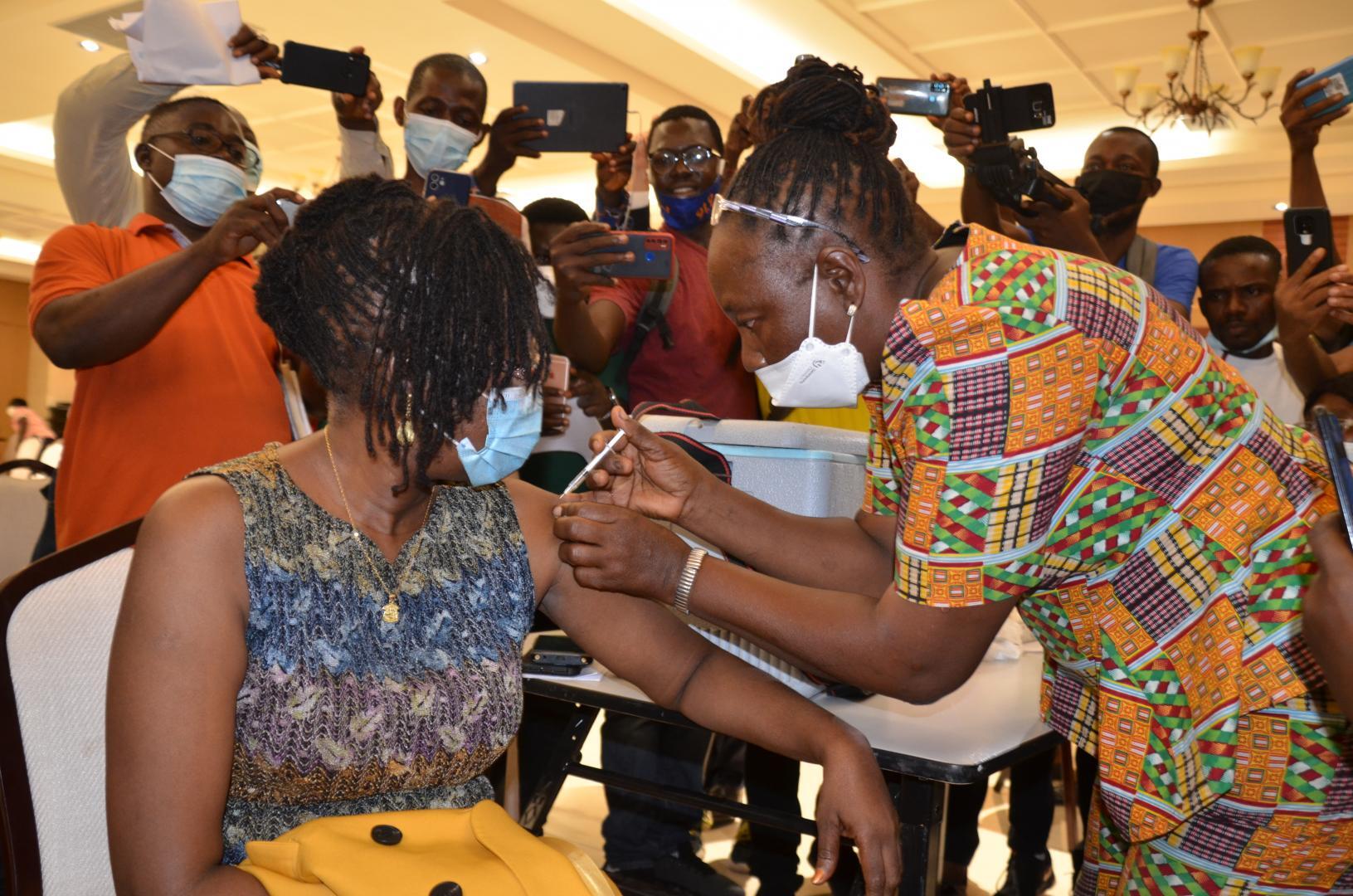 Monrovia, Liberia — Liberians are back from a lapse in full adherence to Covid-19 preventive measures as authorities call for heightened health protocols in the wake of a new surge in confirmed cases.

The situation is sparking fears that if infections are not curb, the country’s already poor health system might become overwhelmed.

The US Centers for Disease Control and Prevention (CDC) has ranked Liberia at “Level 4: COVID-19 Very High”, designating the West African nation as a highly unsafe place to travel amid the pandemic.

Despite the current situation, mounting evidence suggests that COVID-19 vaccines do curb transmission by substantially reducing the pool of people who become infected. Vaccines prevent severe illness and death as well as reduce the risk of people spreading the virus, the CDC says.

In Liberia, just a little over 83,000 people out of a population of about 5 million have taken at least one dose of the vaccine while 2,500 people have completed their second dose of the Oxford-AstraZeneca vaccine, according the National Public Health Institute of Liberia (NPHIL).

A survey conducted by Pan-African Research Network, Afrobarometer, between October 2020 and January 2021 found that “hesitancy and mistrust surrounding Covid inoculation in Liberia” are among the highest in the region with just one in three respondents saying they would voluntarily receive the vaccine dose.

The survey attributes the high hesitancy to low confidence in government, with 78 percent of respondents in Liberia stating they didn’t trust the government to ensure safety of the vaccines before offering it to citizens. 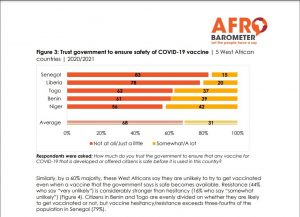 The study found that vaccine hesitancy is highest in countries with the least faith in the government’s ability to ensure that the vaccine is safe – Senegal and Liberia. Source: Afrobarameter

Meanwhile, 86 percent of Liberian respondents in the Afro barometer survey said they considered prayer to be more effective than vaccination against Covid-19, compared to a regional average of 65%.

There have also been concerns about President George Weah failure to take the vaccine publically, something critics say doesn’t boost public confidence in the jab.

But Liberia’s Minister of Health, Dr. Wilhelmina Jallah thinks the president will come around and hopefully take his dose.

“It’s an individual and voluntary thing,” she said. “I think we should give him his space and let him decide and come out for himself”.

Amid the vaccine hesitancy concerns, Liberian Public Health Expert, Dr. Mosoka Fallah has made approval comments about the AstraZeneca which is currently being given in Liberia.  When interviewed on a local radio in Monrovia about the safety of the vaccines, Dr. Fallah dispelled misinformation about the vaccine.

He said while Liberians are questioning the safety and efficacy of the vaccine, the European Union are demanding more and are even suing the company to give them more of the vaccines. 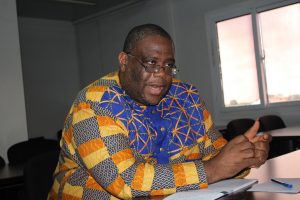 Dr. Fallah (pictured) is well-known for working as a public health expert to curb the 2014-2016 Ebola epidemic in Liberia

“So this is an extreme paradox. Imagine the European Union are suing AstraZeneca because they’re asking and demanding more vaccines than they [AstraZeneca] can deliver. Let’s think about this a moment. And the court ruling had said AstraZeneca can’t deliver 120 million vaccines, but that they will deliver 80 million between July and September 24. Let’s analyze this, if the vaccines [AstraZeneca] are as bad as people are making it to look like in Liberia and other places, why should European Union take them to court to give them more of it?”

The former head of NPHIL, who is still being hailed for his response efforts against the 2014-2016 Ebola outbreak in Liberia, said there are massive international confidence in these vaccines, adding that the World Health Organization, European Medicines Agency and other agencies have all approved their usage.

“WHO has a group they called strategic advisory group of experts — this group is based in Geneva and they’re responsible to make key decisions on vaccines,” he said.

“In 2018, I was in Geneva to address that group on the deployment of Ebola virus vaccines in Democratic Republic of Congo. That group met and reviewed the data, all the experimental data for the AstraZeneca vaccines and approved it to be used. They looked at all of the data and approved under what we call emergency use authorization”.