Does the US Consult Countries Before Declaring Them Unsafe to Travel? Here’s the Answer. 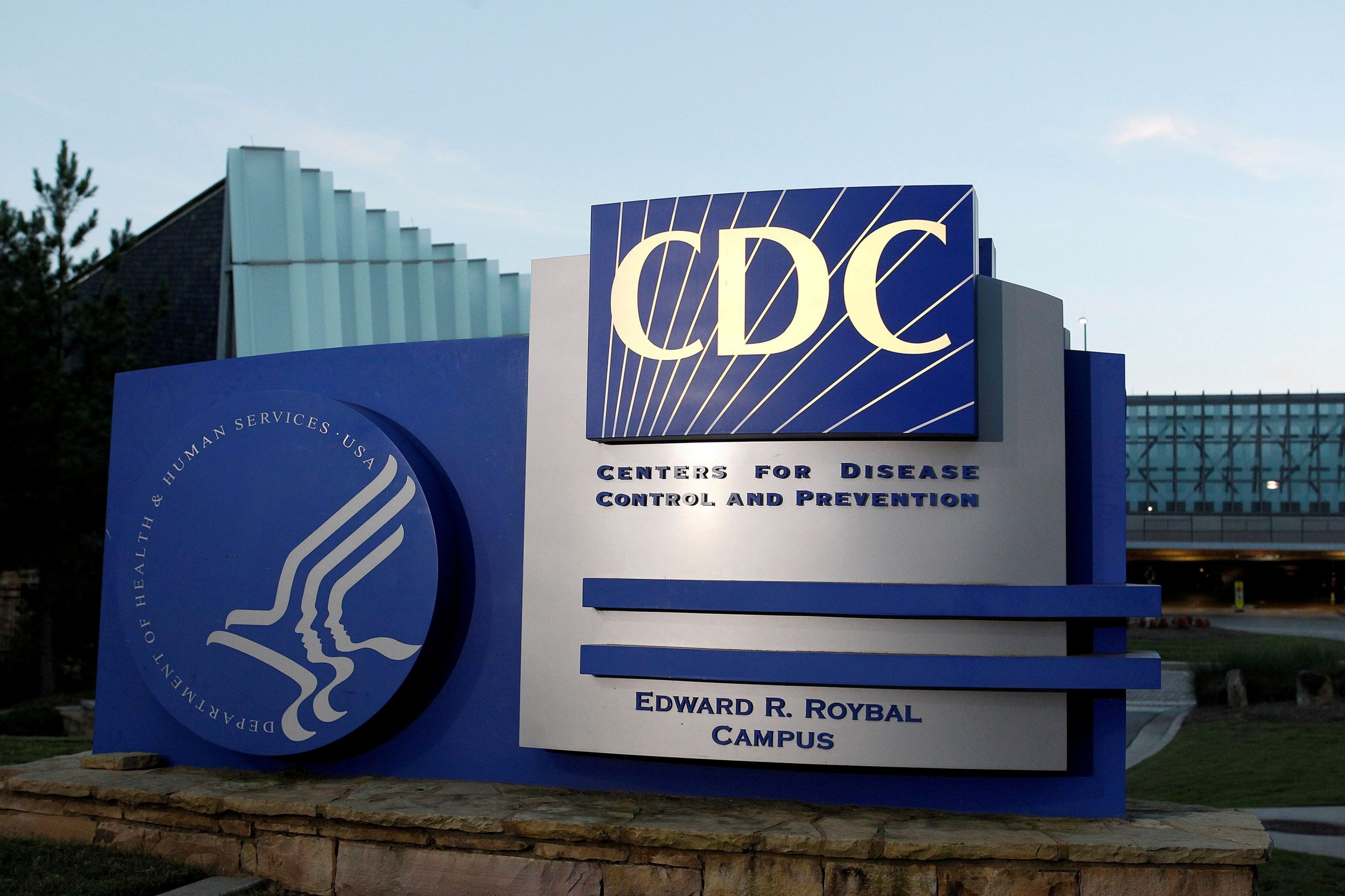 Monrovia – The United States has placed Liberia at level 4 category of countries affected by the COVID-19. This means all US citizens are advised to avoid travelling to Liberia because of the risk of getting infected. The US Centers for Disease Control and Prevention (CDC) travel alert warns that even fully vaccinated travellers may be at risk of getting and spreading COVID-19 and that they should be fully vaccinated if they must travel to Liberia.

But Liberia’s Health Minister, Dr. Wilhelmina Jallah, differs with the US Government’s determination, terming the health travel advisory on Liberia as “premature and ill advised”. Dr. Jallah contended that it was impossible for the West African nation, which was previously at Level 1, to automatically leapfrog to Level 4 without first being named in Levels 2 and 3.

She claimed that the data used to determine Liberia’s ranking did not come from the country’s Health Ministry but rather unknown outside sources.

So, how does the United States determine that a country is not safe for travel during a public health emergency like the coronavirus pandemic? Does the US consult countries before determining which travel health notice level they belong? We checked. 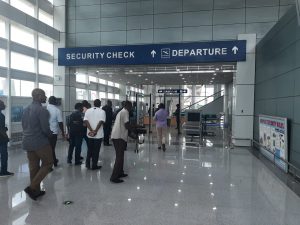 Photo: [Terminal of the Roberts International Airport] The new travel advisory from the US government means people travelling to Liberia have to be cautious about COVID-19.

How are US COVID-19 Travel Notices Derived?

The Centers for Disease Control and Prevention, which is like the National Public Health Institute of Liberia (NPHIL), uses primary and secondary criteria to determine Travel Health Notice (THN) levels to better differentiate countries with severe outbreak situations from countries with sustained but controlled COVID-19 spread. 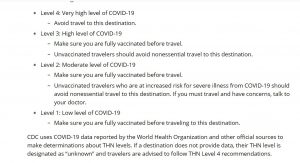 CDC raises a destination’s THN level when the incidence rate (or case count) and testing metrics meet the THN threshold for a higher level and remain at that level for 14 consecutive days. The THN level may raise before 14 days if there is a large increase in COVID-19 cases reported.

CDC lowers a destination’s THN level when the incidence rate (or case count) and testing metrics meet the THN threshold for a lower level and remain at that level for 28 consecutive days. Vaccination coverage rates and vaccine performance will be considered when determining if the THN level can be lowered before 28 days.

As of July 6, 2021, the National Public Health Institute of Liberia reported 39 new cases of COVID-19 with one new death and 41 new recoveries. However, the current statistics is a far cry from stats from June 19 where Liberia sat at the peak of daily infections in West Africa with 52 new cases recorded and 161 cases for the previous day.

The National Public Health Institute of Liberia COVID-19 reported 2,094 COVID-19 cases from June 1 to the 30th and 45.8 percent of all cases reported since the first case in March 2020. Between June 20 and June 28 – the day the US CDC released its travel advisory –, Liberia had recorded 853 confirmed cases after conducting 118,020 laboratory tests during the same period.

Does the US Consult Countries before determining which travel health notice they belong?

We found that the US Travel Health Notices are meant to alert travelers (US citizens) and other audiences to health threats around the world.

We did not find any evidence showing that the US government necessarily requires the consent of any country prior to the issuance of a THN on that country. Data for cases in every country reported by the World Health Organization (WHO) are reviewed along with other official sources to make determinations on travel health notices.