No, Sleeping Under Mosquitoes Net Does Not Cause Death 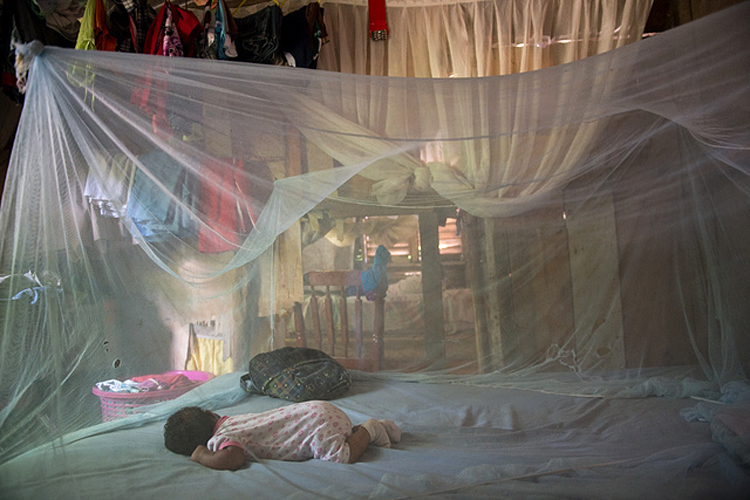 Paynesville, Montserrado County — A claim circulating amongst residents of Barclayville, Grand Kru County is that “sleeping under mosquitoes net may cause a person death”. Although the source of this misinformation is unknown, some residents have begun rejecting the use of treated mosquitos’ nets.

This is adverse to the effort against curbing the malaria endemic. According to the USAID, transmission of Malaria occurs throughout the year across Liberia terming the disease as a major health problem. The 2018 Health Facility Survey (HFS) found that malaria remains the leading cause of morbidity and mortality, accounting for 34% of all outpatient consultations and 48% of all inpatient cases with children under the age of five accounting for 35% of all cases and 34% of inpatient deaths.

River Gee, Maryland and Grand Kru Counties, according to the HFS, accounted for 69% prevalence rate after the use of rapid diagnostic test mechanism. In 2020, the Grand Kru County Health Team said that 28,643 confirmed cases of Malaria were reported at health centers across the county.

Despite these grimed statics, false claims about the use of mosquitoes net continue to swirl in the county.

The World Health Organization has confirmed that sleeping under treated bed net or Insecticide treated bed nets (ITN) reduces the risk of getting Malaria – a disease which is contracted by being bitten by an Anopheles mosquitoes. The UN agency says ITNs reduce the death of children under 5 years from all causes by about 20% and claims that sleeping under ITN is ineffective is misleading.

Also, the Centers for Disease Control and Prevention (CDC), emphasized that Insecticide-treated bed nets (ITNs) are a form of personal protection that has been shown to reduce malaria illness, severe disease, and death due to malaria in endemic regions.

How is the Net Treated?

These nets are spread with Pyrethroids or Pyrroles – the insecticides recommended by the WHO. Pyrethroids are widely used in public health because of their safety for humans and ability to kill mosquitoes at low doses on contact.

Before insecticides are recommended by WHO, they undergo extensive laboratory testing to check if their use can cause acute and chronic toxicity. These tests help scientists judge how these chemicals might affect humans, domestic animals, and wildlife in the case of exposure.

Are There Side Effects?

Yes, there are minor side effect s like headache, skin irritation, burning sensation in the eyes and nausea but they can be easily addressed.

The chemical used to spray the net does not pose any significant health risk when they are used in mosquito nets and in-door house spraying.

The WHO adds that the use of ITNs has increased substantially across the Africa, recommending that all people at risk of malaria should sleep under mosquitoes net. Base on research, insecticides mosquito nets doesn’t kill, rather it protects one from getting malaria and other vector bone diseases.

Does the US Consult Countries Before Declaring Them Unsafe to Travel? Here’s the Answer.
Fact Check: No, Oxford-AstraZeneca Vaccine Does not Cause Death