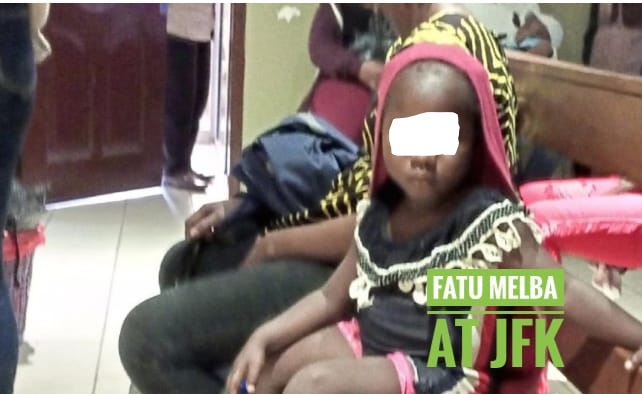 Bopolu — The seven-year-old girl whose hand was burnt by her father for allegedly stealing meat from his food in Borborbee Town, Kongba District has been transferred to Monrovia to seek further medical care.

Report By: Henry B. Gboluma, Jr. in Gbarpolu County

Earlier, health workers at the Kungbor Clinic, where little Fatu Melba was rushed for immediate care, recommended that she be transferred for advanced treatment.

She was then transferred to JFK Medical Center in Monrovia on July 23 based on the intervention of Rescued Abandoned & Children in Hardship (REACH) — a local NGO.

Madam Suah Beyan-Livingston, Executive Director of REACH, said her organization is committed to intervening in situations like little Fatu’s but stressed that it is also important the law to take its course.

“We want to use this time to call on the court system not to compromise these kinds of cases,” she said. “This is why we are pushing for stronger children rescue and protective laws in this country as mentioned in the United Nations Convention on the Right of a Child.”

Meanwhile, Nelson Melba, the father of Fatu, has been sentenced to a year in prison for aggravated assault by the Kungbor Magisterial Court, according to County Attorney Gabriel Wleh. Melba was earlier charged with attempted murder by the police.

Section 14.20 of the New Penal Law of Liberia states that aggravated assault is committed if a person purposely or knowingly causes bodily injury to another with a deadly weapon. It is a felony of the second degree.

While expressing her dislike about the action of some parents against their children, the president of the rural women of Gbarpolu County, Madam Bendu Jah lauded the court for the speedily trial. She also thanked REACH for their timely support to little Fatu.