Misleading: 10-Year-Old Girl Did Not Give Birth to a Child in Lofa County 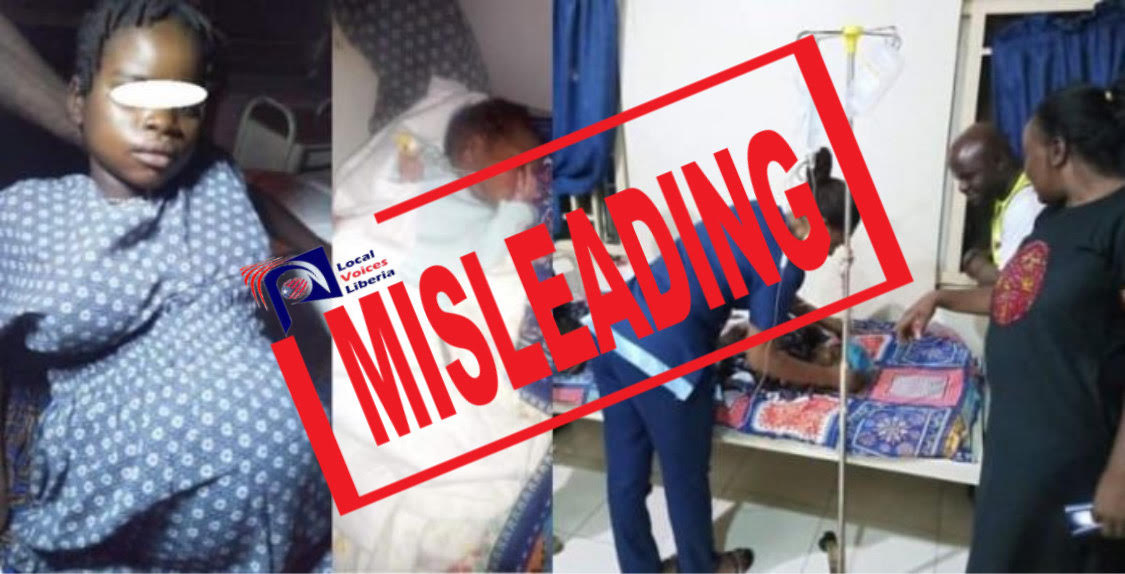 Paynesville — Photos of a girl has been circulating various social media platforms with many Facebook users claiming that the girl in the photo is 10 years old and has given birth to a child in Lofa County.

These photos were posted on Facebook platforms such as Spotlight Africa and Vibes Blog, among others. But did a 10-year-old girl actually give birth to a baby in Lofa County? LocalVoicesLiberia has fact checked.

Premium Times, a Nigerian media organization based in Abuja in an  article published on August 7, 2019, reported that the 10-year-old girl was allegedly raped and impregnated by an 18-year-old man identified as Terna Taga in that country’s northern state of Benue.

The article quoting the Nigerian news agency states that the incident occurred on August 4, 2019 and the girl would later give birth to a girl child at the Foundation Memorial Hospital in Makurdi, Benue State on August 5, 2019.

Daily Trust, a media company engaged in consultancy, printing and publishing with its corporate office in Abuja, also published an article on August 6, 2019 quoting an activist identified as Ukan Kurugh who sought the transfer of the minor from the hospital in Benue to the Foundation Hospital in the state’s capital Makurdi.

The story quoted Kurugh as saying that the “girl was given a Caesarean section to deliver a baby girl weighing 2.5kg”.

Our research also revealed numerous stories written by many blogs and online platforms in Nigeria which reported that police in Benue state arrested the alleged perpetrator. It also stated that the girl was 10-year-old.

Further fact check shows that no incident of sort occurred in Lofa County. The administrator of the Tellewoyan Memorial Hospital in Voinjama, Lofa County and the Reproductive Health Focus Person of the Lofa County Health Team have both dismissed the claim, describing it as “totally untrue”.

“I myself saw that thing on Facebook,” Beatrice Kamara, the Reproductive Health Focus Person of the County Health Team told Local Voices Liberia fact checking desk on Tuesday. “We did our background check across the county, but that thing did not happen here [Lofa County]”.

Also Mr. Albert Colee, administrator of the Tellewoyan Memorial Hospital, said “even though only the medical people can adequately speak to the information”, he is not aware of any such incident occurring at the hospital.

“My little daughter showed me that photo from Facebook and I told her that information is not true about Lofa County,” he said.

Did Alex Cummings Get His Facts Right About Liberia’s Inflation Rate? Local Voices Liberia Checked.
Fact Check: Minister Tweah Claim is Incorrect, Liberia Does Not Have the Second Lowest Import Tariff in Africa