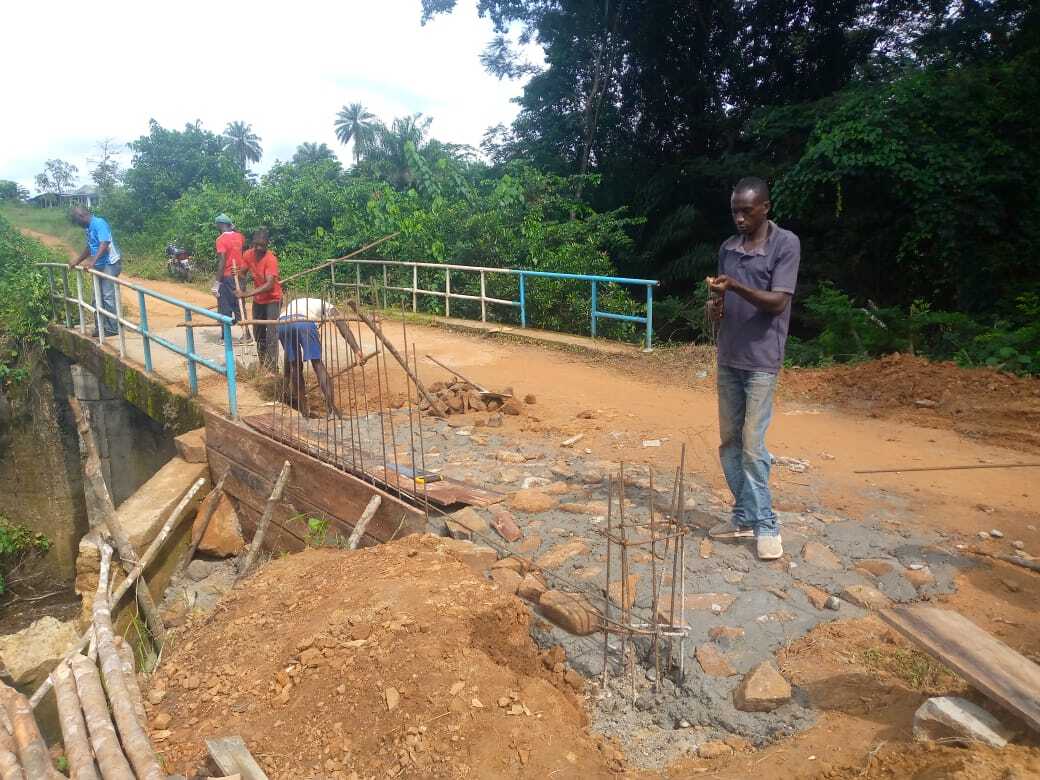 Part of the company’s third-party 14 years’ agreement signed with the Korninga ‘A’ Community Forest Management Body on April 25, 2019 mandates the company to do road rehabilitation works in its project-affected communities, according to the Operation Manager Varney Foboi. He said the company spent about US$8,000 to repair the bridge.

“This road is helping us too and so we are pleased to have gotten involved,” he said, “We will continue to respond positively to request from the county authority that we think will have a greater impact on the ordinary people.”

Assistant Development Superintendent of Gbarpolu County, Hon. Joseph B. Akoi recalled that the bridge was almost at the point of collapse when the logging company was asked to urgently intervene.

He said that it was the assigned Ministry of Public Works’ resident engineer who notified his office about the looming danger that the damaged bridge would have posed to commuters if not renovated.

“And so knowing the importance of this bridge that is connecting major mining communities and even the logging company and towns, other districts in the county, when I was told by the public works engineer that it was gradually falling, I immediately started engaging stakeholders,” he said.

As a result, he added, “Fortunately for us, the Coveiyallah Investment Enterprise, a logging company that is doing business with all of the community forests in Korninga chiefdom in Bopolu District agreed to support the rehabilitation works.

“We just are just grateful to them for restoring the hope of our people who are always on this road every day,” he added.