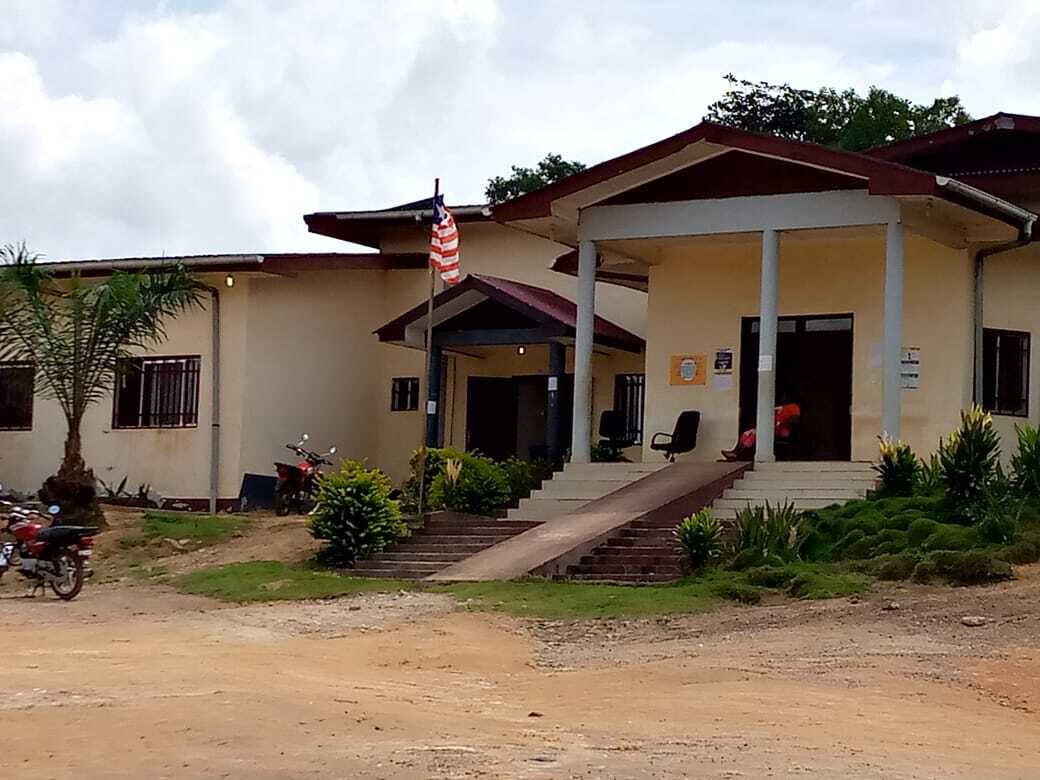 Gbarnga — It is often said that “justice delay is justice denied.” This seems to be the case with the people of Bong County as the Ninth Judicial Circuit Court in Gbarnga is yet to hear a single case this August term of court.

Judge Yemie Quiqui Gbeisay, who presides over the Civil Law Court in Monrovia, is simultaneously assigned at the Ninth Judicial Circuit Court in Gbarnga.

Judge Gbeisay still has some unfinished businesses at the Civil Law Court in Monrovia until September, which he is currently attending to.

The August Term of Court opened with 37 criminal, 48 civil, and 19 sexual offense cases. There are over 240 inmates at the Gbarnga Central Prison — majority of whom are pre-trial detainees. With the Grand Jury currently preparing indictments, it is clear that the court’s docket will be overwhelmed for this term.

When contacted, the Communications Director of the Supreme Court, Mr. Darius Ambrose Mmah said Judge Gbeisay is currently closing cases he opened at the Civil Law Court in Monrovia and will be in Bong County after those hearings.

“The judge has told you that he will be in court; it is the lawyers and judges that set the date for assignment and the judge is not opening new cases at the Civil Law Court,” Mr. Mmah said via cellphone when contacted on Wednesday.

“The law says that once you were hearing certain issues, you have to finish them before you leave. It wouldn’t take the judge the whole term of court for September before the judge leaves and he has told the lawyers who know how the court works that he’s going to be commuting between Monrovia and Gbarnga.”

Asked why there hasn’t been any assignment of a judge at the Criminal Court “E” in Gbarnga, Mr. Mmah said a circuit judge will also have oversight over the court, until the assignment of another judge.

He added that the Chief Justice trusts the wisdom of Judge Gbeisay to oversee the two courts at the same time.

Despite the justifications, there are concerns in the county with some people expressing fear of a possible jail break or mob violence if cases are delayed.

One of such persons is Mr. George Philip Mulbah, the Regional Coordinator of the Justice and Peace Commission for Bong, Nimba and Lofa counties.

“There is just too much fear. I am afraid that people will take the law into their own hands when they go to the court and can’t get justice and there is also a fear of a possible jail break,” he stated.

Mr. Mulbah furthered that the right to trial or freedom of movement for pretrial detainees, who have overstayed their days in detention is likely to be abused, due to the situation.

The Vice Chairperson of the National Civil Society Council of Liberia also stated that the decision by Chief Justice Francis S. Korkpor, Sr. to have assigned Judge Gbeisay at the court for this term was a clever attempt to deny the people of Bong County justice.

“We see this as a clever attempt to deny us justice. This is unfair to us! I keep wondering whether Judge Gbeisay is the only qualified judge in Liberia, with no disrespect to him,” he said.

The Justice and Peace Commission’s Regional Coordinator for Bong, Lofa and Nimba counties wants the Supreme Court to replace Judge Gbeisay at any of the two courts and assign a judge at the Sexual Offense court in Gbarnga.

Not only that the circuit court will not function properly, but the Supreme Court has also reneged on assigning a judge at the Sexual Offense Court in Bong County.

There is yet to be an assigned Judge at the court, since Judge Hector Quoigoah was re-assigned at the Eighth Judicial Circuit in Nimba County to preside for this term. This means that sexual offense cases may not also be trialed for this term.

Around The Country: Updates From Six Counties – July 23, 2021
Lack of Access to Covid Vaccine Remains a Concern for Rural Residents of Bong County