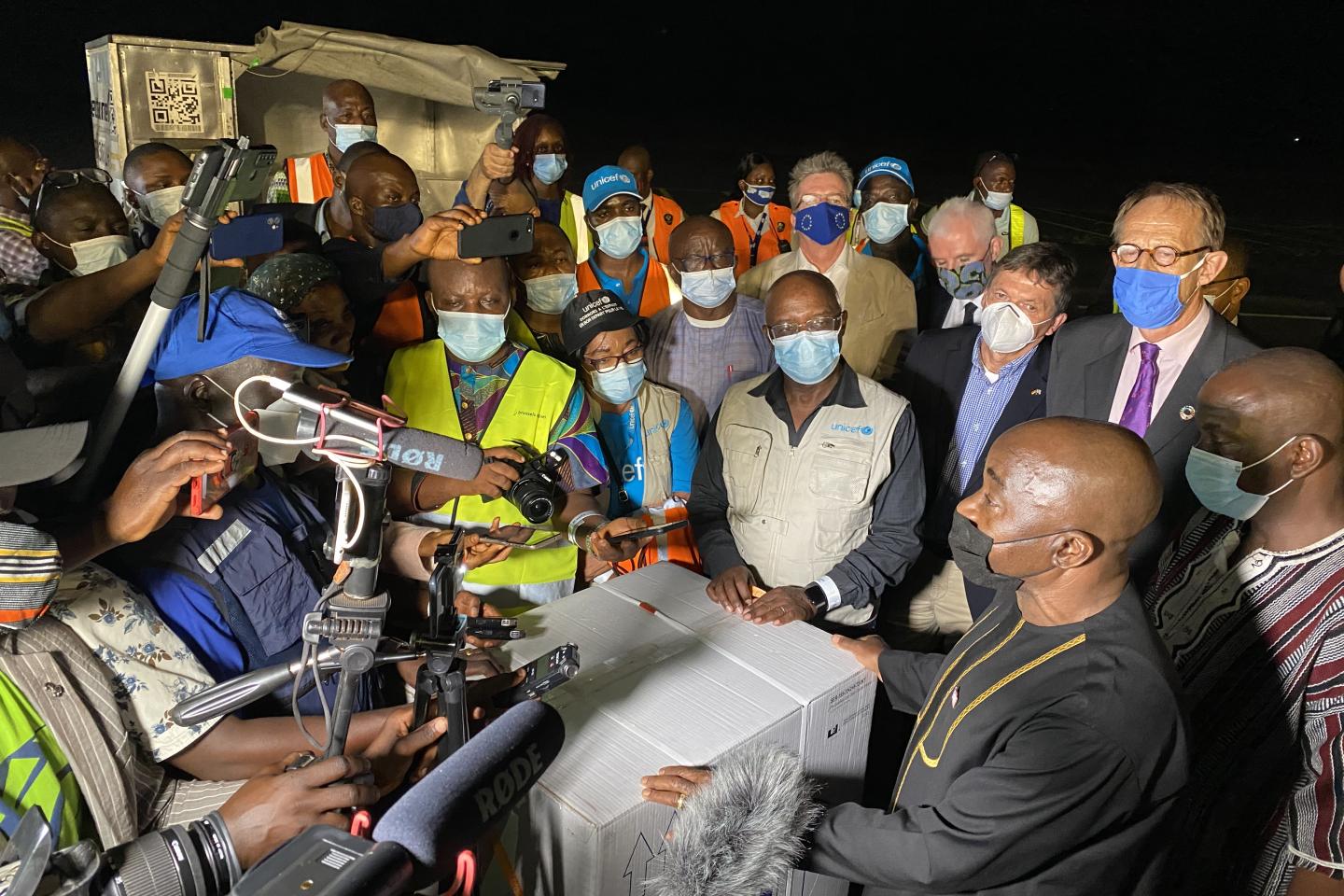 Mr. Nagy was speaking at a program marking the arrival of additional doses of AstraZeneca vaccines in the Country when he also stressed the need for “collective action in tackling vaccine hesitancy”.

“How to get people vaccinated remains our major concern,” he said. “The challenge is to address vaccine hesitance in the population and work hard in convincing the public to get vaccinated as one of the surest and fastest ways out of the pandemic”.

Nagy called on everyone to collectively work together to bridge the gap of vaccine hesitancy, calling it “a moral obligation”, warning that there can be no hope of getting out of the pandemic by leaving anyone behind.

“We must collectively work to step up efforts to close the gap of hesitation, which is a moral obligation that concerns the life and health of the population. This is a health imperative because we cannot hope of getting out of the pandemic by leaving anyone behind,” he said

The French Diplomat the safety of no one is guaranteed until everyone gets immunized.

“No one is safe until we are all safe, and the only way to do that is to make sure everyone has access to immunization”, he said.

The early stages of vaccines rollout in Liberia witnessed high level of vaccine hesitancy. However, as mass awareness about the benefits of getting inoculated increased on the media, vaccine intake increased.

Despite the relative progress, calls to continue dispelling vaccine misinformation have also increased.

Dr. Adolphus Clarke, the head of immunization at the Ministry of Health, recently said that the country was experiencing increased vaccine intake.

“We’ve realized that the level of vaccine uptake in Liberia has increased considerably. So as a country we’ve decided to open up to receive other vaccines,” Clarke said.

Data published by Our World IN Data – a UK research center – shows that 27,392 people in Liberia have been fully vaccinated as of August 23 while 104,545 persons have received at least one dose of the Astra Zeneca vaccine.

The arrival of additional 96,000 doses of AstraZeneca vaccine late July have boosted efforts to vaccinate more people and this will augment the 302,400 doses of the single-shot Johnson & Johnson COVID-19 vaccine donated earlier by the US government.