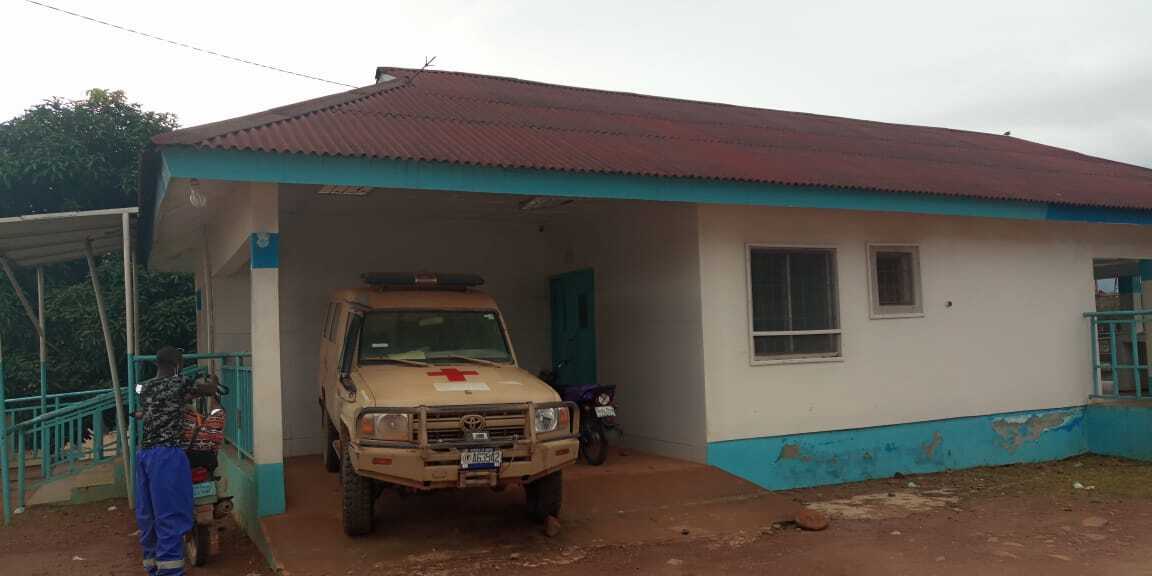 Sanniquellie — James Larkpor is upbeat ahead of the second rollout of the COVID-19 vaccine set to be launched across Nimba County. Larkpor and several other people of Gbonah Suah community in Sanniquellie have expressed willingness to get their second shot of the Oxford-AstraZeneca vaccine.

“We [my family and I] took the first dose on June 12, and we were awaiting the second dose on August 12 this year when health authorities said there were no COVID-19 vaccines in the country,” Larkpor recalls his disappointment waiting for several weeks after he was qualified for his second shot.

Now that the new consignment of 96,000 doses of AstraZeneca vaccine have arrived in the country, he is ready to be fully vaccinated.

He’s unfazed by misinformation that the vaccine is unsafe. Apart from “slight body pain on my arm” where he received the shot, Larkpor says he did not feel some of the side effects that are being rumored in all corners of the country. 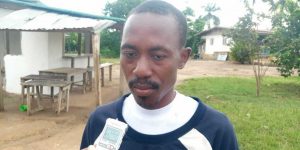 James Larkpor (Pictured) says unfazed by misinformation that the vaccine is unsafe and is willing to get his second shot | Photo By: Joseph Solo, Jr.

“What I felt was like an ordinary pain you would feel after an exercise, but it was just brief. My family used my case as a test [to take their vaccine],” he said.

“As soon as I take the second dose and nothing strange happens, the whole family will go for the Johnson & Johnson COVID-19 vaccine that we hear is in the County”.

William Mandein has also taken one shot of the AstraZeneca vaccine. He’s also confident about the safety of the vaccine.

“Since I went through the vaccination process I still feel like a normal human being. No headache, no too much body pain, only the spot that was injected felt little pain, but that was temporary,” the classroom teacher said.

“I will not be dogmatic to think that the vaccines were created to wipe out humanity or depopulate Africa. As soon as I hear about the date and venue for the vaccination process, I’m going there right away to get my dose”. 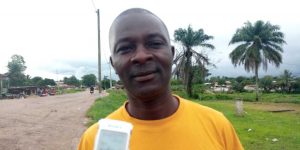 William Mandein says he experienced minor side effects after taking the first dose of the AstraZeneca vaccine | Photo By: Joseph Solo, Jr.

Like Mandein, James Saye, another resident of Sanniquellie, is also willing to ger inoculated. He too was wary about the efficacy and safety of the vaccine. But he will later become convinced that the vaccine can protect him against Covid-19 but not until the doses ran out.

“The reason I did not take the Oxford-AstraZeneca vaccine was due to my absence from Sanniquellie and the vaccine was not accessible in my area,” he said. “But now, I’m ready to take the vaccine.”

Locals’ confidence in the COVID-19 vaccine is growing amid news of the arrival of 40, 575 doses of the Johnson and Johnson vaccine and 4,500 doses of AstraZeneca that will be rollout soon.

However, amid the growing vaccine confidence of several people in the county — who are queueing for either of the vaccines – vaccine misinformation continues to swirl, leading to vaccine hesitancy.

Messages geared toward dispelling anti-vaccine misinformation are gradually resonating. Some people are gaining confidence in the vaccines but they are concerned about access to information about the vaccines rollout.

Emmanuel Baymie is a teacher and congregant of the Teacher of the Bahai’s Faith who says he believes in religion and Science. This means, his religious faith supports vaccination.

But Mr. Baymie claims that during the first round of the rollout of the AstraZeneca vaccine he was unable to get vaccinated because of inadequate information about the process.

“Some of us relied on the radio for sensitive information like the schedule for the COVID-19 roll out,” Baymie said.

“If it [the information about the vaccine] was on the radio by now I would have done my first dose, [but] now that I’m hearing that the new vaccine they called ‘Johnson and Johnson’ is in the county, I’ll start my inquiry before I hear that it is finished again”. 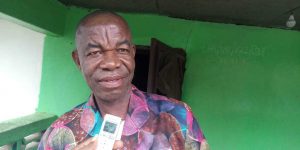 The county health team (CHT) recently announced that the rollout campaign is expected to begin September 2 and that it will target the six health districts. The CHT then urged the public to listen to radio stations to get further information about the process.

Ophelia M. Woods is the lead of the vaccination rollout campaign team. She says “fixed posts and mobile sites” will be set up across the county to enhance the vaccination process.

“We will be targeting 25 facilities, but all of those facilities will be accessible to the entire population in their respective localities,” she said.

“For example, Sanniquellie Health District is one of the largest in the county. Therefore, we will be targeting six health facilities in Sanniquellie while the smaller districts will have four facilities each, but there will be temporary sites for bigger communities during the first five days of the campaign”.

Mobile teams will be dispatched to large institutions and corporations to vaccinate more people at worksites, she said; adding that this will allow for people who are willing to take the vaccine but are unable to travel to the center to their jab.

People, who are aged 18 years and above, the elderly, pregnant women, breastfeeding mothers, people with existing health conditions like high blood pressure and diabetes, are all eligible to be vaccinated, Madam Woods said in response to growing concerns about the categories of people who are qualified to take the vaccine.

She also reemphasized repeated public health warnings against mixing the vaccine. “You cannot mix vaccines; it is very dangerous;” she stressed.