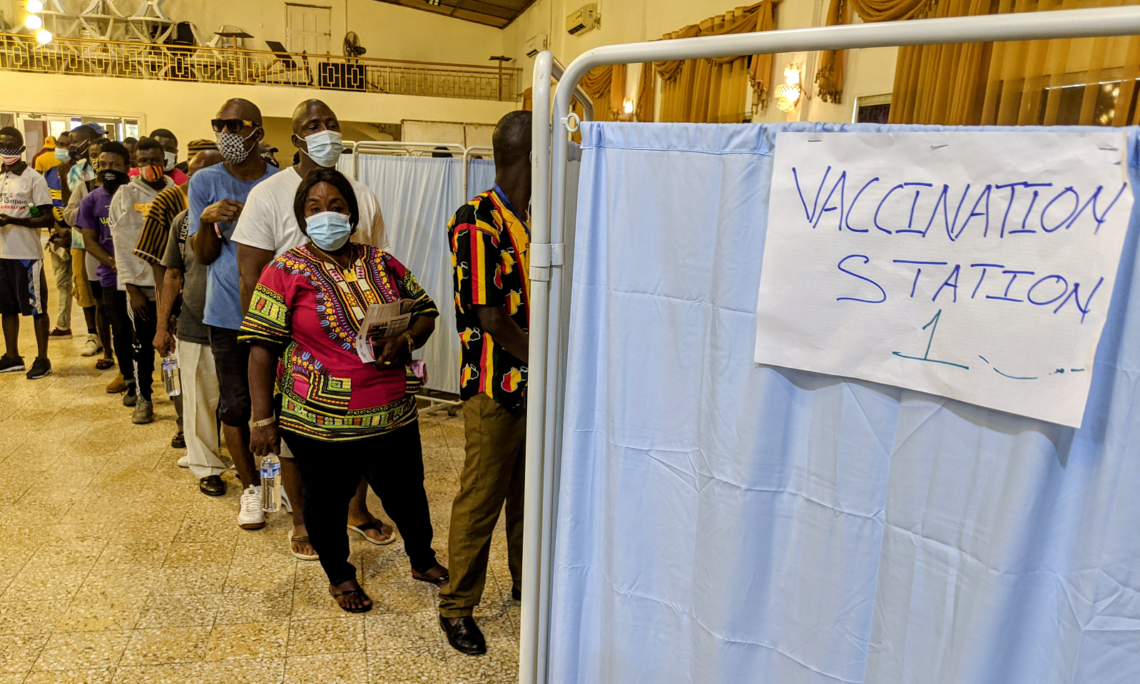 Paynesville, Montserrado County — Since the launch of the AstraZeneca vaccine, which was later followed by the Johnson and Johnson vaccine, there have been mixed views from the public as anti-vaccine campaigners spread misinformation. These vaccine myths have dissuaded many people from getting immunized against Covid-19.

Although some Zeon Town community members, who spoke to LocalVoicesLiberia, have taken at least one dose of the AstraZeneca vaccine or a single dose of the Johnson & Johnson jab, others say inadequate awareness about the vaccination process is compounding the already entrenched misinformation about the safety of the vaccines.

Lawrence Giddings runs a barber shop in Zeon Town. He’s one of many people who is afraid that the side effects of the COVID-19 vaccine would be severe. Giddings cannot recall ever taking any kind of vaccines throughout his life.

“I have not taken vaccine and I’m afraid because something which I have not done [before] to do it now may likely have an adverse effect on my health,” he said. 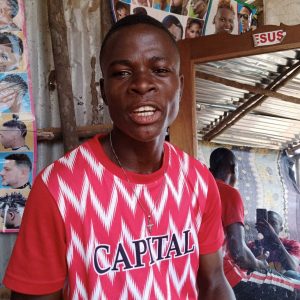 Giddings runs a barber shop in Zeon Town, Paynesville; he afraid the side effects of the COVID-19 vaccine would be severe | Photo By: Siaway Miapue

But Giddings says, “there’s need for more awareness in various communities to encourage other people to be vaccinated”, adding that since the vaccine rollout began in August, there have been little or no awareness in his community.

“If the community chairman can tell people more about this vaccine and where it is being administered, it will even encourage others to be vaccinated, but nothing of such has been seen in this Zeon Town Community”.

Like Giddings, Jones Johnson, another resident of Zeon Town, claims that his “lack of knowledge about the vaccine centers and inadequate awareness from the leadership of the community” might be reasons why more people are uninterested or have not take a shot.

“I have only listened to this issue of the virus on the radio, but I do not know where this vaccine is being administered,” Johnson said.  “We have not seen the leadership of our community creating awareness about this vaccine and the need to be vaccinated”. 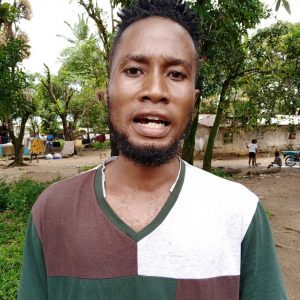 Johnson says more awareness about the safety of the COVID-19 vaccines from community leaders would encourage more people to get vaccinated | Photo By: Siaway Miapue

Following the rollout of the J&J vaccine which attracted a huge turnout at various centers including the Paynesville City Hall, where it was officially launched, the Risk Communications Lead of the Incident Management System (IMS), Chester Smith, told reporters that 40 health facilities have been selected across Montserrado County as vaccination centers.

Meanwhile, amid lingering concerns about limited information on vaccine locations or centers, there are also growing misinformation that the vaccine is unsafe.

One resident, Papa Kromah, who had earlier planned to get immunized, reversed his decision after he was told that “a person who has fever is likely to encounter an unknown illness when he or she takes the vaccine”. 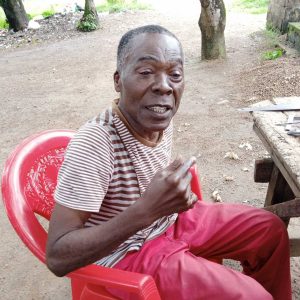 Mr. Kromah was prepared to get the jab until his daughter told him that since he had fever the side effect of the vaccine would lead to a strange illness | Photo By: Siaway Miapue

These side effects are mostly exaggerated or misconstrued people anti-vaccine campaigners. According to the Center for Disease Control (CDC), the most frequently reported side effects after taking the Covid-19 vaccine are headache, fever, chills, injection site pain, and fatigue.

These side effects usually start within a day or two of getting the vaccine. Side effects might affect the ability to do daily activities, but they usually go away in a few days, the CDC stated on its website.

But while some community members are wary about taking the vaccine, Esther Weleh has already received her two shots of the AstraZeneca vaccine.

“Since I was vaccinated, I had fever for some time; my head hurts but after a week I got better and up to now am healthy in my body,” Madam Weleh recalls the minor side effects she experienced after getting vaccinated.

“I was encouraged to take this vaccine because of the sickness, I don’t know who get it and I don’t know who it doesn’t have, so if I do not take the vaccine, if I interact with someone who has it, I may get it too”. 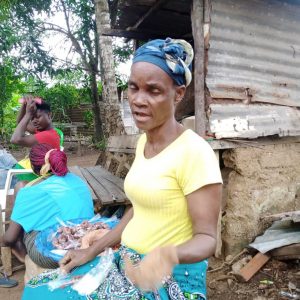 Mrs. Weleh is one of few people in the community that have gotten vaccinated. She experienced minor side effects | Photo By: Siaway Miapue

The World Health Organization (WHO) continues to assure people that COVID-19 vaccines are safe, and that getting vaccinated protects people against developing severe COVID-19 symptoms or being expose to the risk of dying from the virus.

People may experience some mild side effects after getting vaccinated which are signs that your body is building protection, the WHO said of vaccine side effects.

“It’s common to experience some mild-to-moderate side effects when receiving vaccinations. This is because your immune system is instructing your body to react in certain ways: it increases blood flow so more immune cells can circulate, and it raises your body temperature to kill the virus,” it said.