Around The Country: Updates From Four Counties – September 10, 2021 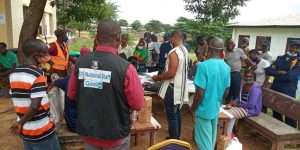 Sanniquellie — Speaking to the LocalVoicesLiberia two days following the launch of the COVID-19 vaccine in Nimba County, some residents have expressed positive views about the safety of the vaccines.

Some of those who received their shots said even though they were frightened before taking the vaccine due to misinformation, they now feel relief because the side effects are very minimum.

A resident of Gono Town Community — a suburb of Sanniquellie, Rufus Leesaw, said he was frightened. “At one point I felt like giving up on this vaccine issue” but since taking the vaccine on Tuesday of this week his perception about the vaccine has changed.

And former Sanniquellie City Mayor Mary Nya-Gonlepa explains how she felt relief after taking the vaccine.

She said: “Our people should not listen to the too many ‘they say’ because from my experience, the Johnson and Johnson COVID-19 vaccine is intended for our safety. I am not feeling specific pains or anything. I slept like a baby, and I have been feeling better since I was vaccinated.” 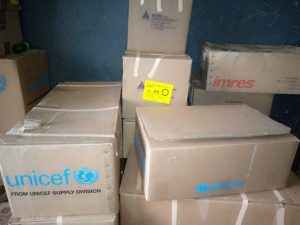 Cartoons stock with some of the drugs supplied to the the Dolo Town Clinic in Margibi County | Photo By: Kosian Bolo

Dolo Town — The Officer-in-Charge of the Dolo Town Health Center in Lower Margibi County has announced the receipt of a “huge consignment of drugs” specifically for pregnant women, who will be seeking treatment at the facility.

“We have good news most especially for pregnant women in the community,” said Mafarlan Kerkula during an interview at the Dolo Town Health Center on Thursday. “Few days ago, we got a huge consignment of drugs worth over US$5,000 for big bellies (pregnant women) coming for treatment at the facility”.

He said the drugs, which include fluids, antibiotics, malaria tablets, amongst others were provided by UNICEF/USAID to enhance the fight against maternal mortality in the country.

For her part, Madam Hannah P. Banwon, a trained traditional nurse who is working at the facility, thanked UNICEF and encouraged all pregnant women to seek treatment at the Dolo Town Health Center.

Meanwhile, the clinic OIC has called on the government and humanitarian organizations to help in the rebuilding process of the C.H. Rennie Hospital that recently gutted fire. 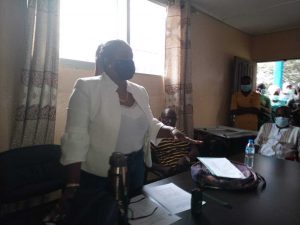 Bopolu – Dr. Amelia T. Weah Liberty has taken over as the county health officer of Gbarpolu County. She replaces Dr. Musa Zuannah who came under pressure from locals before he was recalled by the Ministry of Health.

It can be recalled that on August 6, this year protestors in Bopolu City gave a week’s ultimatum for the transfer of Dr. Zuannah. Amongst several allegations, they claimed that Dr. Ziannah mismanaged funding intended for the fight against the COVID-19 and several health projects in the county which he denied.

Meanwhile, several people of the county have called the new CHO to do a tour of health facilities in the county as a means of guiding her in rebranding and leading the County Health Team.

Despite the call, Dr. Weah is yet response but said she is a “spirited and team player” committed to restoring the confidence of the county health team.

Over 500 25kg bags of rice were amongst several items donated to the flood victims | Photo By: Emmanuel Mafelah

Gbarnga — The government of Liberia through the National Disaster Management Agency has presented food and non-food items to flood victims in Gbarnga, as residents continue to appeal for quick interventions.

Items presented include 500 bags of 25kg rice, 500 pieces of mattresses, 500 liters of vegetable oil, 700 hundred pieces of mosquitoes’ nets, 700 pieces of water guide, 1,000 comforters or family bedsheets, among others.

Presenting the materials to the flood victims on September 8 at the Gbarnga administration building, Austin Tamba, Deputy Director for Operation at the agency, said the government is concerned about the well-being of its citizens as they go through this difficult period of hardship.

He said the disaster management will always be there to respond to the cry of the people during crisis in any parts of the country.

It can be recalled that on Wednesday morning, September 1, residents of Gbarnga wake up and saw their homes being flooded. They experienced a heavy downpour of rain from Tuesday August 31 at about 12 am up to 7:30am on Wednesday which caused the Jor-River to have over flooded its bank and eventually made several individuals homeless including business centers.

Communities that were recently affected by the flood include, Brooklyn, LPMC, Civil Compound, Rubber Factory, Kula Village, Jorkpenmue among others.

The flood accident has been attributed to the constant mining of sand on the Jor river, the building of structure in swarm land in communities around Gbarnga.