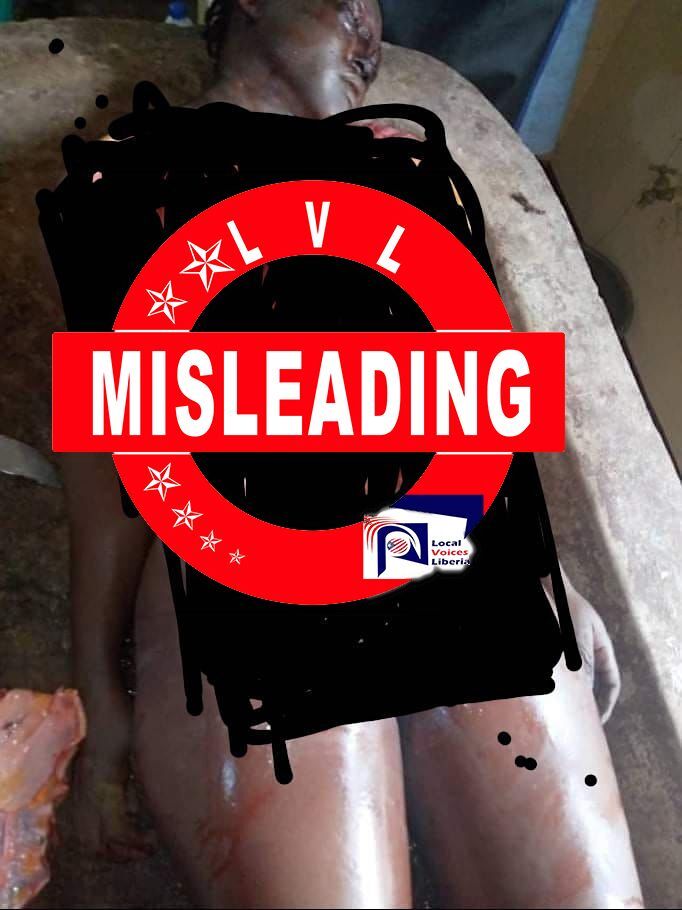 Monrovia – A gruesome photo is going viral, sparking claims that the corpse in the photo was a woman recently found dead in Caldwell. In the photo a dead woman is can be seen lying in what looks like a mortuary with her internal organs apparently removed and an instrument that looks like a knife lying next to the corpse.

Those sharing the image have added captions that claim that the photo is the body of a lady who was recently discovered dead under mysterious circumstances in the upper Caldwell community. LocalVoicesLiberia Fact Checking Desk has sought to verify the photo and at the same time analyzed video footage of the Caldwell incident and determine that the image is unrelated to the Caldwell incident.

A Facebook video which captured the scene of the dead woman in Caldwell, shows that the body was covered with banana leaves while bystanders were expressing disbelief.

In a quest to prove the origin of the image, Local Voices Liberia conducted a reverse image search using multiple online search engines. Many of the tools used in the search process did show zero result for the image. This means there were no search result or information about the photo.

Google, which collects wide range of data, did show very few search results of the photo with captions such as “Event Cinemas” but no detail information of where or when the photo was taken or by whom it was shared. 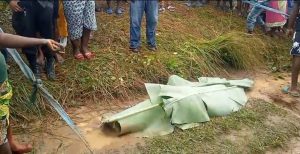 A screenshot of the footage of the scene in Caldwell where the lady’s lifeless body were found.

The Police IG said: “I have the photos of the lady who was murdered in Caldwell, and we are investigating, and I tell you we are talking to persons of interest, and we have those photos I can display it to the press but is far different from that photo that was permeating social media”.

Also, Local Voices Liberia fact checkers analyzed the gruesome photo and compare same with the image of the dead woman in the video about the Caldwell incident and determine that the environment and scene of both images are quite different. 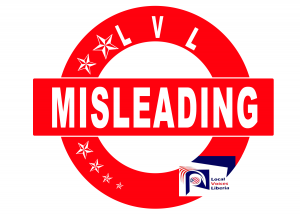 Our online verification of the gruesome photo did show enough information despite applying different online fact checking methods. We also opted for a careful analysis of both the gruesome photo and the video of the incident which show two separate details and some small details that show that the photo is unrelated to incident in Caldwell.