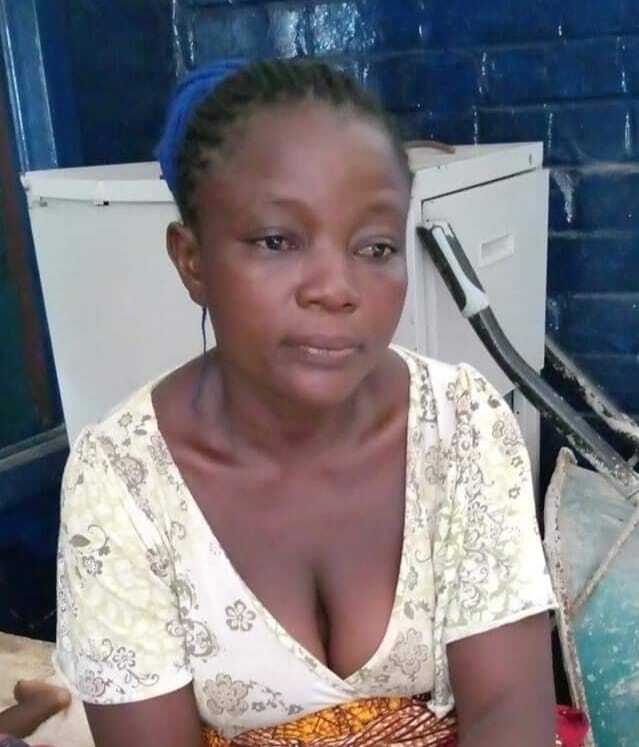 Dolo Town – Garmai Sumo, 38, has been arrested by police for allegedly beating her three-year-old son to death in the Bassa Community neighborhood of Dolo Town, Margibi County.

Garmai, a mother of four children, is currently in police custody at the RIA police station where she told investigator details about the dreadful incident.

“I came from selling and I was told that your son has toilet on himself in the living room and he has been eating his pupu, when I entered the house, I saw the toilet all on the floor, I bath him and cleaned up the toilet as I took three broom sticks and beat on him,” she explained.

“After beating and bathing him, the three years old boy requested to sleep, and I carried him in the room to sleep and I began to cook. At the hour of 9, I went to wake him up to take their medicine when I called him no response and I wake him up but only to find out that he was not alive, I didn’t use any heavy stick.”

She claimed that after she noticed that the child was not breathing, she then rushed out of the house with him, but her landlady alleged that she “beat the child badly to death”.

As the rumors spread widely on social media and in the community, angry crowd gathered around her house, but she was safely taken away by the police.

Later, in an interview with our reporter, Garmai admitted that she did beat on the child but insisted that she never brutalized him as was being speculated, adding that her son was sick.

She also denied eyewitnesses allegations of being drunk on the same day of the incident and that she used a “heavy stick to beat the child mercilessly to death”.

When contacted, the superintendent of Police at the RIA police station, Philip S. Nimely, disclosed that the “lady who is the alleged perpetrator of the alleged killing is in police custody undergoing police investigation”.