Monrovia – Liberia seems to be making progress with the 95-95-95 strategy as the world prepares to end AIDS by the 2030 as a public health threat, but much is still required, ranging from the involvement of the entire citizenry, and political-will, amongst others.

Accordingly, if the global community works together and reaches theses targets, 3.6 million new HIV-infections and 1.7 million AIDS-related deaths will be prevented by 2030.

Speaking with Anti-AIDS Media Network specialized health and human rights reporters, the Chairperson of the National AIDS Commission (NAC), Madam Theodosia Kolee revealed that the country is working to ensure the achievement of the strategy but stressed the need for more engagement.

Madam Kolee said “Currently as we stand, Liberia is at 68%, 89% and 65% for the first, second and third 95 respectively. People are not getting tested, and it is an issue. So, there is a need for more awareness for 95% people to be tested. It is important for awareness to be increased,” she said.

She said: “while it is believed that the achievement of this strategy requires political-will, we call on the National Legislature for budgetary allocation which will help in achieving this strategy”. 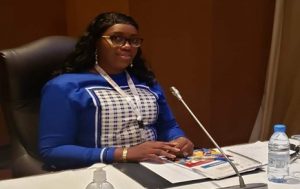 Like Madam the AIDS Commission boss, the Program Manager of the National AIDS and STIs Control Program (NACP), Dr. Julia Toomey Garbo also stressed the need for political-will and wants the legislature to live up to its commitment.

According to Dr. Garbo, there has been commitment from the government over the years but living up to the commitment has been the problem.

“Sometimes we meet the House of parliament, and they commit that they are going to ensure support for the National HIV Response, but such support is not forthcoming” she Dr. Toomey said. 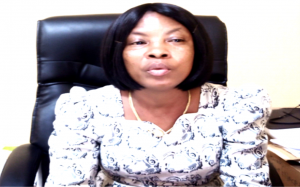 Dr. Garbo furthered said “Government needs to commit to the country’s HIV response so that if even we can’t reach to zero, we should be able to reach to epidemic control where we will have the virus not being transmissible because those who are on treatment are undetectable”.

However, the Liberia Network of Persons Living with HIV (LibNeP+), an umbrella organization of various PLHIV organizations in the country sees efforts to end AIDS by 2030 from a different perspective.

Madam Josephine Godoe and Wokie Cole, Executive Director and President respectively of LibNeP+, cited HIV-related stigma and discrimination as hindrances for the successful achievement of the triple-95 strategy by 2030.

“Stigma and Discriminations have more part to play in hindering programs to achieve the 95-95-95 target by 2030, because people are being stigmatized in the community, health facilities and in the homes by family members, Madam Cole stated.

For her part, Madam Josephine Godoe observed that the third-95 (ensuring virus load suppression for persons on ART) as a major challenge to the achievement of the strategy due to a number of issues including drug stuck out, fatigue for PLHIV to remain on treatment among others.

“Because of drug stuck out, some PLHIV who come from far distances get tire in going to health facility for fear that they might not receive drug when they get there. We need to address drug stuck out, it is becoming storming back,” Madam Godoe said. 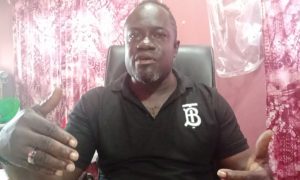 The head of another Civil Society organization, Stop AIDS in Liberia (SAIL) sees lack of domestic resource mobilization as other undermining factor for the National HIV response.

Mr. Evens Adofo Executive Director of SAIL said most of the funding for Liberia’s HIV response is mostly coming from donor partners, which does not speak well for the country regarding owning its own response.

“It is a dangerous thing to place our country’s HIV response in the hands of donor partners because one day they may not be interested in supporting us, it is now time we prepare and embrace the challenges ahead,” Mr. Adofo said.

He said, “Lots of the funding that drives our national response are all donors driven, so if any of those donors decides to say we cannot support Liberia, we will be at serious disadvantages in terms of reaching out with services to those who need the service most importantly”.

The SAIL Executive Director said the need for National government to give more attention, ranging from budgetary allotment as well as increased awareness in reducing the impacts of HIV and AIDS, stigma and discrimination on the country.

This story was made possible through the professional intervention of Anti-AIDS Media Network (AAMIN) with funding from the American Jewish World Service (AJWS).