Did Activist Martin K.N. Kollie Get Facts Right about Percentage of Female Student Dropouts in 2017? 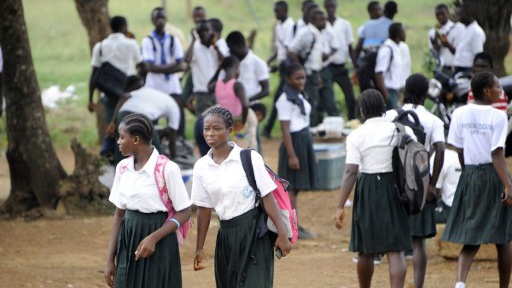 Paynesville – Youthful Liberian activist Martin K.N Kollie claims that “UNICEF reported that 73% girls dropped out of school in 2017” in Liberia. In a very wordy Facebook post that attracted over 90 comments and was shared over 100 times, Mr. Kollie sought to make a case for the increment of allocation in the national budget for the education sector.

But did he get his facts right? LVL Fact Checking Desk has done some research and found that his claim is incorrect. A thorough online search found no results or data from UNICEF about the percentage of girls that were school dropouts in 2017.

When asked about the reliance of his claim, Martin sought a UNICEF Press Release issued in 2016 that stated that “Liberia is home to the highest proportion of out-of-school children with nearly two-thirds of primary-aged children not accessing school”.

In another article published in 2016, the UN agency reported that nearly two-third of Liberian children have never stepped in school and the country has the highest portion of children missing out on primary school education. However, there was no specific data published by UNICEF on the percentage of girls that have dropped out of school in 2017.

UNICEF, in an article looking at the situation of children in Liberia, states that “Liberia has a high adolescent pregnancy rate where about one in three adolescent girls are pregnant”. The undated article also states that out of the 740,000 primary school-age children, 16 % were physically out of school. It did not say whether this figure was male or female students.

Street Child, a British NGO working in Liberia, also mentioned in an article published in 2017 that over 73% of all Liberian children dropped out of school between primary and junior high levels. The article, which mostly featured testimonies of girls who had dropped out of school for different reasons, did not specifically say the figure represented only females.

The World Educational Network in article on the overview of education in Liberia reported estimates from the defunct Ministry of Planning and Economic Affairs that “the school dropout rate in Liberia was high, 65% for boys and 73% for girls” before reaching grade 5. However, it’s important to note that in 2017 there existed no Ministry of Planning and Economics Affairs as it was merged with the Ministry of Finance to form the current Ministry of Finance and Development Planning in 2013 by an Act of National Legislature.

Based on the research, we found the claim made by Mr. Kollie that UNICEF reported in 2017 that 73% girls dropped out of school as incorrect. The data Mr. Kollie relied upon to make his claim did not specifically mention female students or girls, but rather the figure covered both male and female school dropouts. The report that 73% of girls dropped out of school was not a 2017 report by the UNICEF but an estimate done by the former Ministry of Planning and Economic Affairs – now a part of the Ministry of Finance and Development Planning.