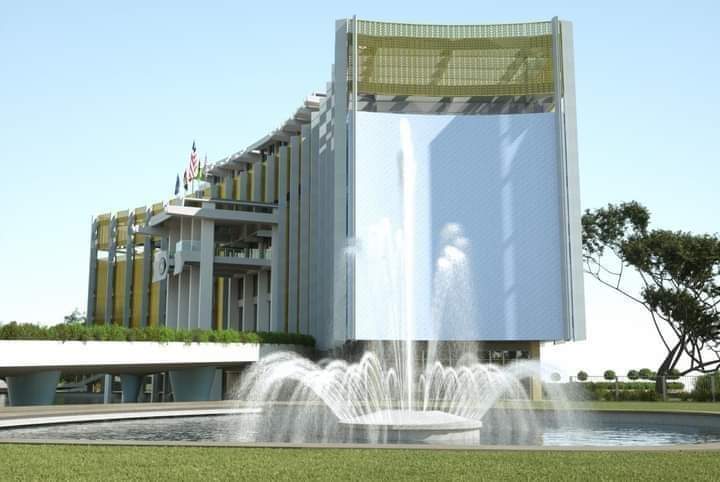 Monrovia — In the last couple of days, Facebook has been flooded with numerous posts carrying a particular photo depicting the newly renovated Executive Mansion. This image has gone viral since the government announced that President George Weah will begin working from the Executive Mansion on February 14.But does this photo represent the current realty of the official home and office of the President?

In many of these Facebook posts (Abu, Ebenezer) the posters, including some media organizations and even the state broadcaster,  The Liberia National Television, suggest to their readers that the photo is the current state of the Executive Mansion.

However, numerous reverse image searches done by our fact checking desk found that the picture circulating social media is an architectural graphic design of the project which the contractors did to show how the Executive Mansion would look once the renovation work is completed.

To further verify, we passed by the Executive on February 8, 2022 and saw that the current look of the facility is by far different from the photo trending social media. The facility is still undergoing construction.

Fact Check: No, all 16 Prison Facilities Across Liberia are Not Locked Down Due to Food Shortage
Fake or Meme: Photo Carrying Caption that Liberia Imposes Sanction on Russia is False