Fact Check: ‘Index of Economic Freedom’ is not a World Bank Survey as Claimed by Activist in Facebook Post 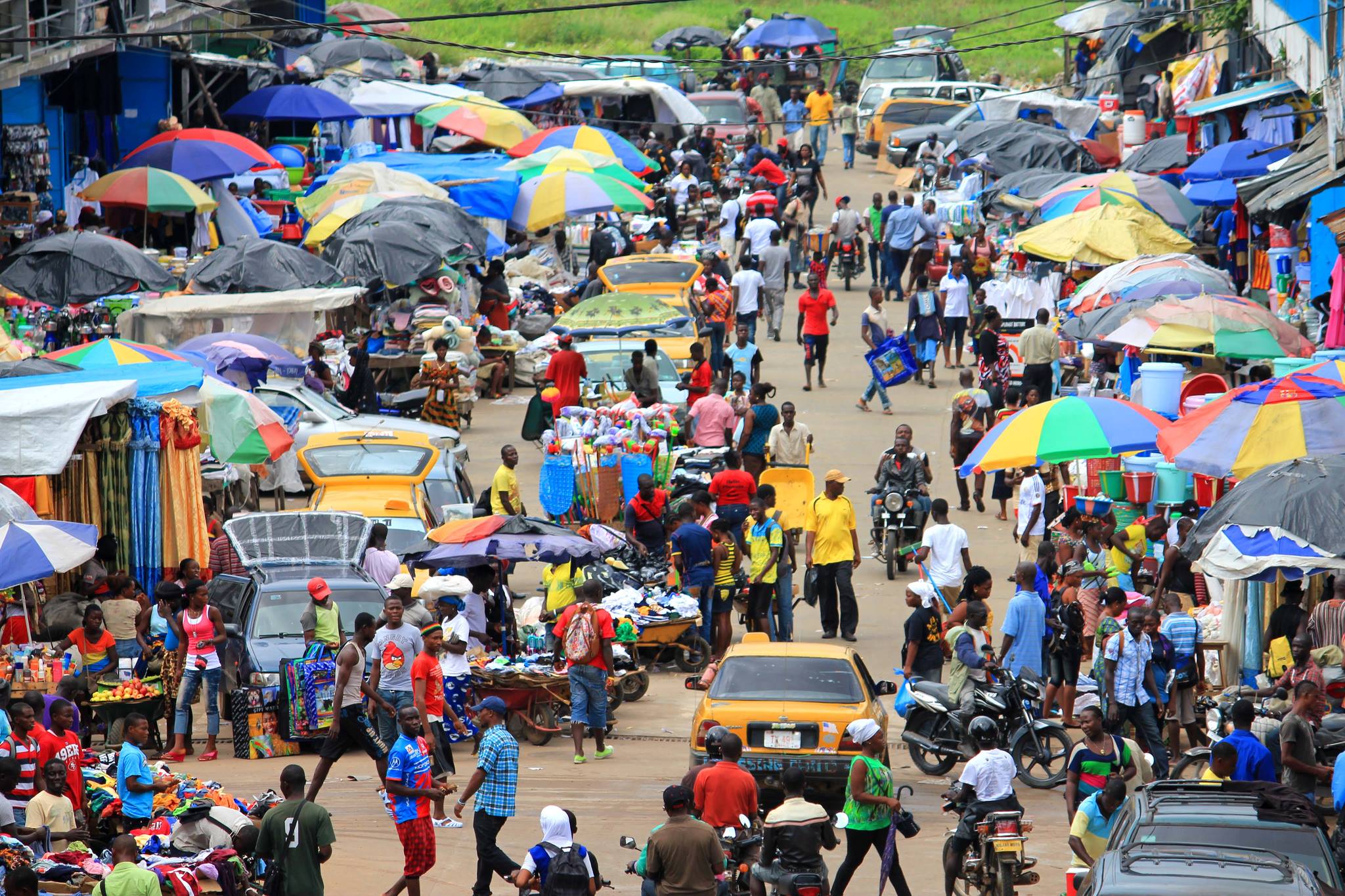 Monrovia – In a Facebook post made on Monday February 28, 2022, Liberian Activist and emerging Economist Martin K.N. Kollie claimed that “Liberia’s economy ranked 159th [in the world] with an overall score of 47.9 as of 2022. This accounts for a 1.2-point loss since 2017, according to World Bank.”

When we checked to verify the statement by the popular youthful activist, LVL Fact Checking Desk found that the data cited by Mr. Kollie are not from the World Bank but was rather on the Index of Economic Freedom – a Think Tank based in Washington, USA.

What’s the Difference Between World Bank and the Index of Economic Freedom?

The Index of Economic Freedom is a think-thank comprising of The Heritage Foundation and The Wall Street Journal. It measures the degree of economic freedom in 184 countries. Created in 1995, the index is based on a module developed by Economist Adam Smith in which Smith argues that the liberty of individuals to pursue economic interest is for the greater prosperity of the larger society. Currently, the Index covers 12 freedoms – from property rights to financial freedom in all the 184 countries it covers.

This 2022 edition of the index features the “updated economic freedom scores and macroeconomic data for 184 economies; easy-to-read cross-country comparisons that highlight why economic freedom matters, online tools like customized comparison charts and an interactive heat map”.

The index of economic freedom measures jurisdictions against each other in terms of parameters such as trade freedom, tax burden, judicial effectiveness, and more. These factors may be weighted according to their influence on economic freedom and compiled into a single score that allows for a ranking.

On the other hand, the World Bank, which has 189 member countries, is a major global partnership working for sustainable solutions to enhance the reduction of poverty and “build shared prosperity in developing countries”.

It is comprised of five institutions making it the World Bank Group. The Bank is considered as “one of the world’s largest sources of funding and knowledge for developing countries. Its five institutions share a commitment to reducing poverty, increasing shared prosperity, and promoting sustainable development”. 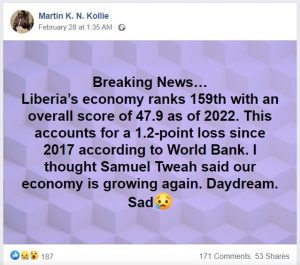 In the report published online, the index shows that “Liberia’s economic Freedom Score is 47.9, making it the 59th freest in the 2022 Index.”

Liberia is also ranked 39th out of 47 countries in the Sub-Saharan African region, and its overall score is below the regional and world averages, the Index added.

The report also states that “Liberia has registered a 1.2-point overall loss of Economy freedom since 2017 and has fallen deeper in the “Repressed” category. The economy is not heavily burdened by taxation, but labor freedom and financial freedom are weak.”

Although the World Bank conducts surveys and produces indexes, these are intended to have an “in-depth analysis of key global macroeconomic developments and their impact on World Bank member countries” and to analyze economic indicators include measures of macroeconomic performance (gross domestic product, consumption, investment, and international trade) and stability – central government budgets, prices, the money supply, and the balance of payments, amongst others.

Based on the research conducted, we conclude that although Mr. Kollie claim is correct about the data in the index, he, however, cited the wrong source. The Index for Economic Freedom was not a survey conducted by the World Bank as stated by Mr. Kollie in his social media post. This means the claim made by Martin K.N. Kollie in his Facebook post on February 28, 20220 is mostly correct, but he cited an incorrect source.