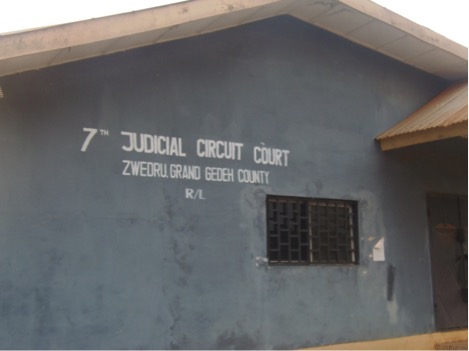 On October 26, 2021, the Liberia Immigration Service (LIS) with the help of the National Anti-Human Trafficking Taskforce detachment in the county arrested eight people of the Fulani tribe for allegedly trafficking 16 persons into Liberia from Guinea, Togo, and the Ivory Coast.

According to the report, the LIS in Grand Gedeh County rescued the 16 victims following a tip-off from locals that 16 non-Liberians were being held in a local hotel in Zwedu City.

During preliminary investigations, LIS officers in collaboration with the Labour Commissioner of Grand Gedeh County established that the 16 persons were victims of human trafficking, states a March 23rd press release from the Ministry of Labour.

“The alleged traffickers were identified to be agents of Qnet — a criminal network engaged in the trafficking of people in the West Africa region,” the release added.

The Labour Ministry press release furthered disclosed that a team of prosecution lawyers of the National Anti-Trafficking Taskforce has arrived in Zwedru city to work with the County Attorney to lead the prosecution.

If convicted each of the eight accused will get a minimum of 20 years imprisonment while their respective properties will be seized and auctioned to restitute the victims for  injuries they have suffered.