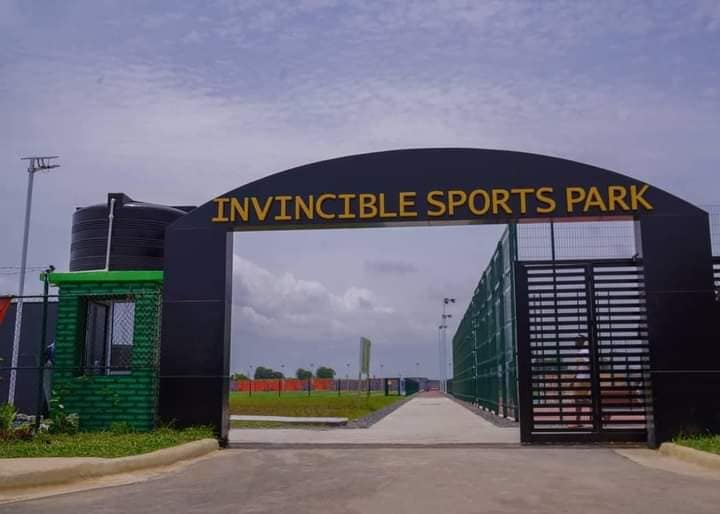 Monrovia — Mr. Trokon Kpui, the Minister of States Without Portfolio who oversaw the construction of the Invincible Sports Park project, claims that 60% of the cost of the project was provided personally by President George Weah.

Speaking when he appeared as a guest on the April 5th edition of  The Spoon Talk, Minister Kpui claimed that 60% of the fund was provided by President Weah and added that the rest of the funds for the project were made available by the National Port Authority, Liberia Maritime Authority, and the National Social Security and Welfare Corporation. He disclosed that the project costs a “little over” US$2 million.

Said Min. Kpui: “The President funded this project 60% and the rest came from NPA, NASSCORP and Maritime”.

The park, which is located within the vicinity of the James Spring airfield (airport) in Monrovia, was dedicated to the public on Friday, April 15, 2022.

But a review of Annex 4 of the Draft National Budget of 2022, which is the Public Sector Investment Plan,  shows that an allocation of US$500,000 was made for the Invincible Sports Park. The fund was placed under allotment made to the Ministry of State for Presidential Affairs.

This means, the National Budget also funded the construction of the Invincible Sports Park with US$500,000 although Minister Kpui did not mention the 2022 National Budget as one of the sources of funding for the project. The allocation of US$500,000 in the National Budget of 2022 means that 25% of the fund for the project was provided by the 2022 National Budget considering that the cost of the facility is being put at US$2 million. This contradicts the statement made by the Minister of State Without Portfolio that the Invisible Sports Park was 60% funded by President Weah with the rest of the funding provided by State Owned Enterprises (SOEs) like NPA, LMA, and NASSCORP.

Based on the facts culled from our research, we conclude that Minister Kpui was incorrect about the total source of funding for the construction of the Invincible Park.