Fact Check: What Did Representative Saah Foko Actually Say About Pushing Lawmakers ‘to be Corrupt’ 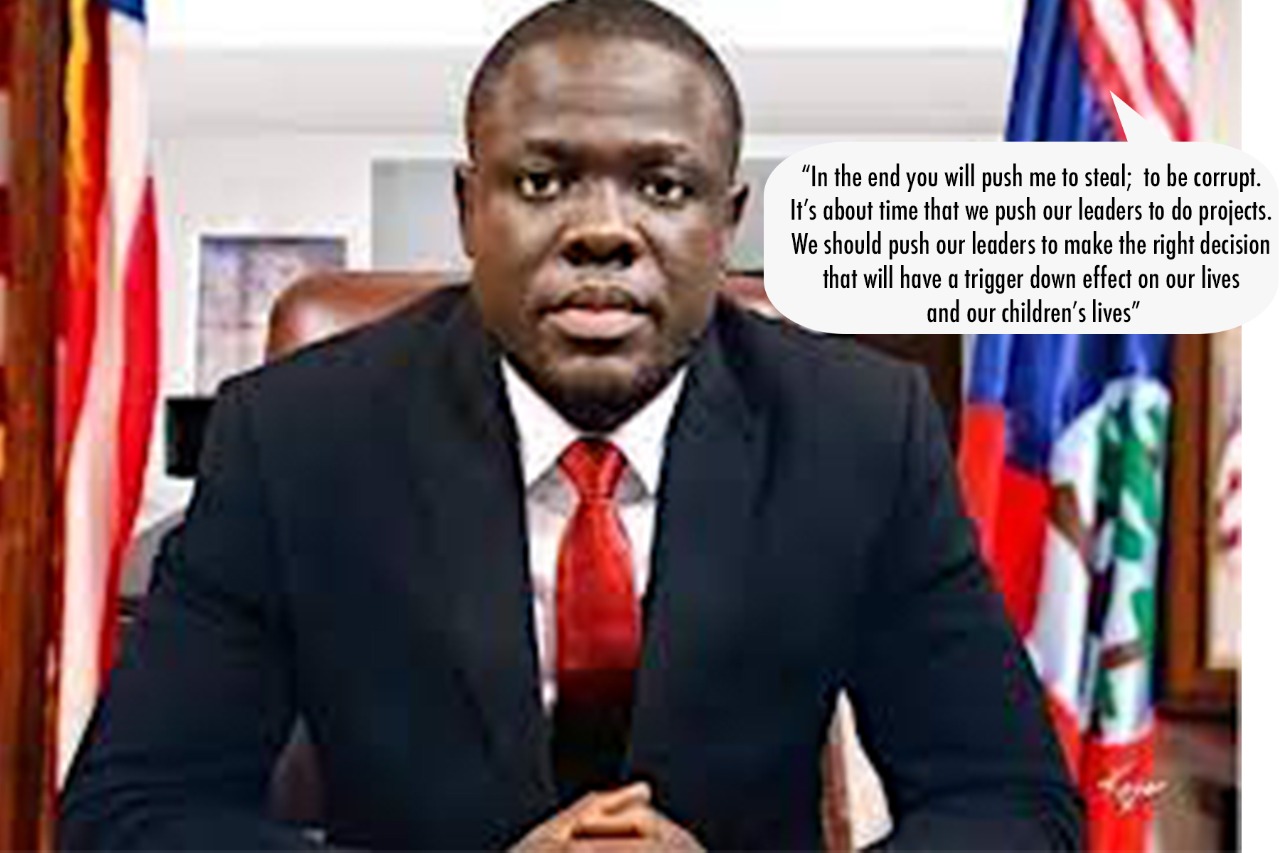 Paynesville – FrontPage Africa, in a April 20, 2022 publication, reported that Montserrado County’s District #9 Representative Frank Saah Foko told a church congregation in Monrovia that request for personal assistance from lawmakers is one of the factors breeding corruption mainly among members of the Liberian legislature.

In the story, the paper quoted Rep. Foko as saying: “Let’s forget about too much personal help when we put people in leadership because this thing can push your leaders to be corrupt. This is why we still have more corrupt leaders in power most especially so when it comes to the legislature because sometimes our friends in the legislature look for money just to please you.

However, the lawmaker has since denied the statement attributed to him in the story, claiming that the newspaper misquoted him. He said the context he spoke in was wrongly presented in the publication. He made the refutation on OKay Morning Rush.

Said Rep. Foko on Okay Fm: “What I said is that, If I should please those 300,000 plus letters that I got on my desk with personal assistance, that means you should be pushing me to be corrupt. It means you are pushing me to get money from where I shouldn’t get money from. In order to remain who I am and that good leader, it means that you should understand that things will happen but will happen gradually.

“That was what I presented and not to change it the other way round. So, what they are trying to do now is to incite my colleagues against me and also incite the public to use me now as a person who is justifying that the government is corrupt because one of the officials is saying that yes, ‘we are corrupt because people come to us so we have to steal to give them money’”.

But a review of an audio recording of the lawmaker’s statement when he addressed a church congregation on Sunday April 17, 2022, shows that he made the exact same statement published by the newspaper.

LVL Fact Checking Desk analyzed the audio using digital tool to determine if it was doctored but found the recording to be authentic.

Mr. Foko made the statement at a program marking the official closing of the Chosen Vessel Church of Jesus Christ’s weeklong conference held at Lakpazee, Sinkor.

Said Rep. Foko in the recording done at the church program: “Let’s forget about this too much personal help when we put people in leadership, because this thing can push the leader to be corrupt. Because sometimes, imagine this church alone, imagine everybody in this church tomorrow morning coming to my house for me to help them personally, you really think it’s possible to help everyone here personally at the same time?

“So, what happens in the end is you will push me to become corrupt. You will push me to steal only because I want to please you to remain in power. This is why we still have more corrupt leaders in power, most especially when it comes to the Legislature. Because sometimes our friends in the Legislature go and look for money just to please you because this is what we want.

“There are 73 Representatives, there are thirty Senators, there is one President and there is one Vice President. No matter what dreams the President can come with, if the Legislature does not support the dream of that President, that President will not succeed. Imagine the park that my brother was just talking about, imagine if President Weah had taken that to distribute that money to individuals, Liberia in that position was still going to be the same.”

A thorough review of the audio recorded at the church program by using a software found the audio to be authentic. there was no trace of the audio been doctored. This means the quotation attributed to Rep. Foko in the FrontPage Africa report is the exact same words contained in the statement he made during the church service.

Therefore, we conclude that the quotation is a direct representation of what the lawmaker said during the church conference as reported by the newspaper. We find the attribution to be correct.