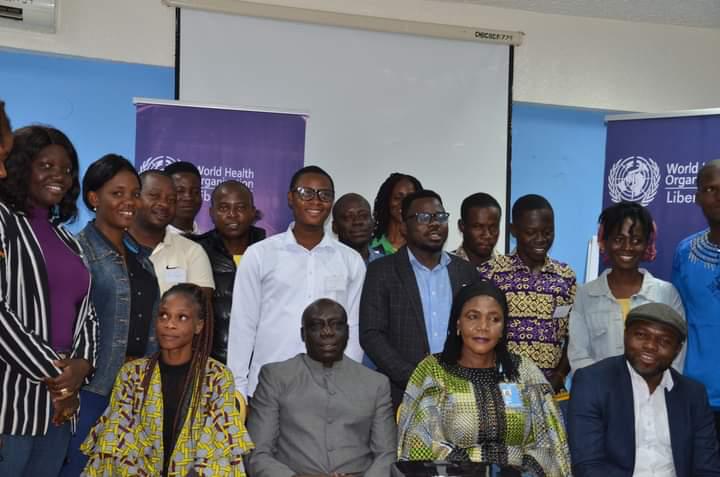 Monrovia – The World Health Organization alongside the Press Union of Liberia has formally launched the Health Reporters Network of Liberian Journalists. The network comprises of journalists who are committed to reporting health related stories.

The program was held on September 14 in Monrovia. WHO Representative Dr. Clement Peter, whose role is to  lead, manage, implement  and coordinate WHO’s strategic and operational functions Liberia, acknowledged the journalists identified to join the network and mentioned that they (WHO and the journalists) do the same work and have one objective.

“We have worked collectively as a community, to reach where we’re today and we have learned the power of the media in shaping global agendas and  how powerful the media is in service delivery,” said Dr. Peters, adding that with the speed at which misinformation is spreading, it is critical for journalist to work to counter false information about public health issues.

“A lot of information in the media confuses the public, they need to know the facts, but because we don’t give the right message on time, always a negative one supersedes,” Doctor Peters said. 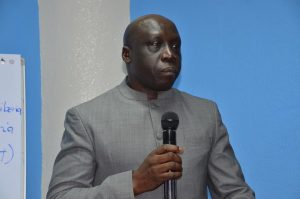 WHO Liberia Representative peaking at the launch of the Health reporters network on September 14 in Monrovia |Photo by: Aria Deemie

The WHO Liberia Representative also outlined that the novelty of Covid-19 sparked “new learnings, innovations, thinking, strategies to deal with the pandemic amid fear and the breakdown of social services.

He recalled that the journalists were a great part of “any work WHO agrees to do in Liberia,” adding that, “health is fundamental to development and the citizens well-being and functionings”.

Dr. Peters urged journalists to promote messages that will help people make decisions about their health and take actions to protect themselves.

Speaking on behalf of the Health Reporters Network, Journalist Bettie Johnson-Mbayo thanked the WHO for their operation, noting that the network is optimistic of a “good working relationship” with the global health organization.

“Thanks for your experiences shared with us, we will put in place lessons learned to our works and make sure to carry out our social responsibilities as Health reporters,” she said.

Also speaking, the Vice President of Press Union of Liberia, Daniel Nyakonah expressed gratitude to WHO Liberiafor supporting “the Union(PUL) in rolling out the Health Reporters network , which will be key in ensuring fact-based news on issues around health in Liberia.”

He further encouraged the Journalists to stay committed to their work and make contributions toward the success of the newly formed Health Reporters Network.